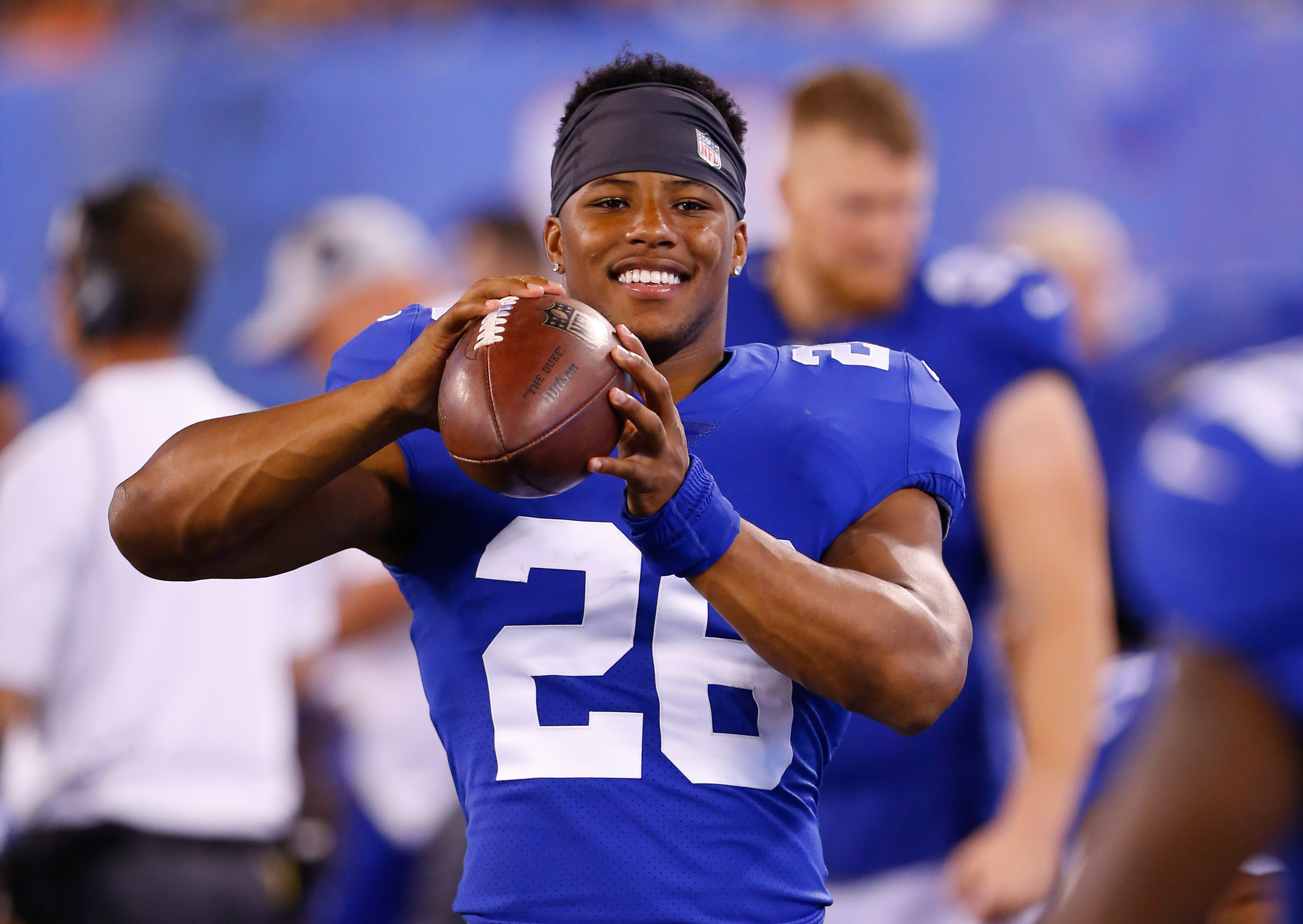 New York Giants fans have a lot to look forward to this season. With a new head coach and general manager, a revamped offensive line and an improved defense, this team look like they are ready to put the disastrous 2017 season in the rearview mirror. Perhaps the guy who has the potential to be the most exciting part of the 2018 Giants is rookie running back Saquon Barkley.

The Barkley hype started as soon as the Giants took him with the No. 2 overall pick in April’s NFL Draft. Whenever a running back is drafted that high, it usually means that he was a college standout who has the size and speed to be an impact player in the NFL right away. This is definitely true of Barkley. In 2017 during his junior season at Penn State, he rushed for 1,271 yards on 217 attempts and scored 18 touchdowns. Additionally, Barkley had 54 receptions for 632 yards and caught three touchdowns. He also returned two kickoffs for touchdowns. The guy was one of the most electrifying players in College Football during his three-year career at Penn State.

Considering how well he played in college and where the Giants drafted him, expectations are obviously through the roof for Barkley. He has already drawn comparisons to current star NFL running backs such as David Johnson and Kareem Hunt. The Giants have not had a running back of Barkley’s caliber since Tiki Barber. The big question is, can he live up to the hype?

Some of Barkley’s success is going to depend on the Giants offensive line. If you look at recent examples of young running backs who have had immediate success in the NFL, the one thing they all seem to have in common is a solid offensive line behind them. Look at Ezekiel Elliott with the Dallas Cowboys, Leonard Fournette with the Jacksonville Jaguars or even Alvin Kamara with the New Orleans Saints. These three guys are all very talented rushers and even pass-catchers, but without a good offensive line behind them, they might not have had the explosive rookie seasons that they did.

Quarterback Eli Manning will definitely utilize Barkley in the passing game this season. Over the course of the three seasons that he played at Penn State, Barkley had 102 receptions for a total of 1,195 yards. Manning will be happy to finally have a running back who can be explosive as a pass-catcher in addition to being a talented rusher.

The Giants offense is going to be very dependent on Barkley in 2018. He has the talent to be one of the best running backs in the NFL. If Barkley is able to live up to the massive expectations, then the Giants will have a decent chance to make the playoffs this season.

The Floor Seat 15m ago