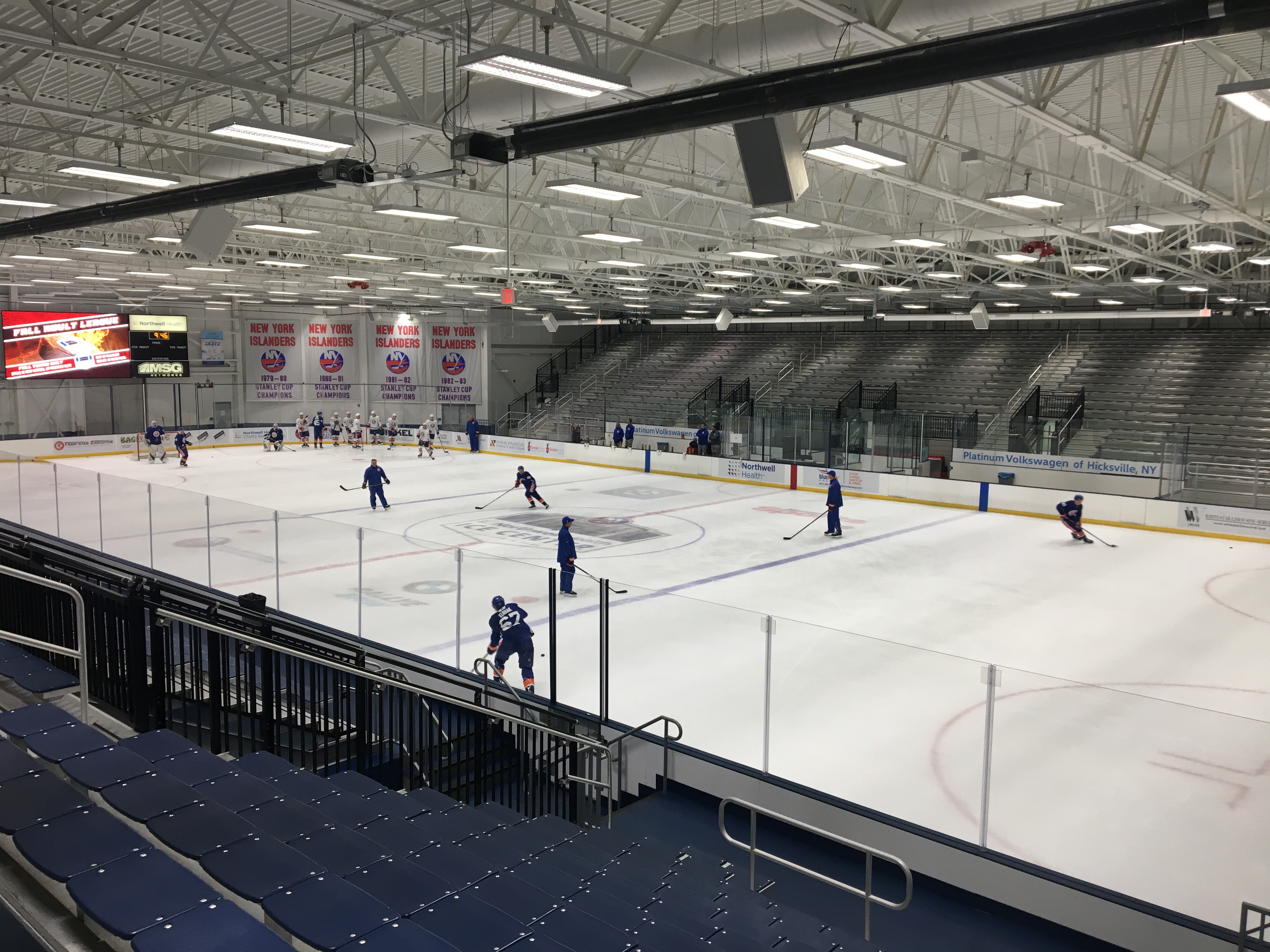 EAST MEADOW, N.Y. —  Three days into rookie camp and Bridgeport Sound Tigers head coach Brent Thompson has seen quite a bit from the crop of prospects partaking in the week-long camp ahead of training camp.

“There’s so many kids out there doing a really good job out there,” Thompson said on Sunday. “They’re coachable. They’re working hard. They’re doing the little things… I’m happy with a lot of the guys.”

The comments echoed similar ones made on Saturday when the Sound Tigers bench boss was asked by Islanders Insight about who was standing out so far. Most of the external focus has been on forward Josh Ho-Sang, who is looking for a fresh start after a tumultuous 2017-18 season.

But there are several players at rookie camp that could make some waves during the main camp when it opens on Friday. The rookies will have two more days of on-ice workouts before they play prospects from the Philadelphia Flyers on Wednesday at Northwell Health Ice Center.

“Guys have come in strong and in better shape,” Thompson said on Saturday. “You guys and the work ethic. There’s just a number of guys. To select one or two wouldn’t be fair because there’s a whole bunch of guys that have really stepped up and done a great job here this week so far, both in the testing and on ice.”

Michael Dal Colle wasn’t on the ice on Sunday and was listed by the team with a lower-body injury. Brent Thompson did not have much to say about it when he spoke to reporters after the skate at the team’s practice facility.

“I can’t really comment on that,” Thompson said when asked about Dal Colle. “It’s day-to-day I’m sure. I haven’t talked to the trainers yet.”

The team is hoping that the 22-year-old forward will be able to skate on Monday.

Much like Ho-Sang, Dal Colle is in need of a fresh start after a rough year last season. Dal Colle spent most of the 2017-18 campaign in the AHL, but appeared in four NHL contests.

Dal Colle’s 24 points (seven goals, 17 assists) were lackluster for a player that the Islanders selected fifth overall in the 2014 NHL Draft.

Much of the talk around the additions of Lou Lamoriello to the front office and Barry Trotz behind the Islanders bench has been about the players’ adjustment to it. But they’re not the only one acclimating to a new regime on Long Island.

Thompson, one of the lone holdovers from the Garth Snow/Doug Weight era, has also been going through the process of adjusting to the changes.

“Our staff is excited about being able to learn from such a great staff,” Thompson said about the new staff Trotz has brought in. “I mean they won the Stanley Cup last year. Barry Trotz, Lane Lambert, two unbelievable guys. Communication has been excellent. John Gruden, I got to play against him long ago.”

Trotz has been building his staff out over the course of the summer since the Stanley Cup-winning coach joined the Islanders in late June.

“Their staff is outstanding and it’s been exciting for us to learn from them,” Thompson added. “Just get the little ins and outs and terminologies and little details that they’ve talked about that helped them win the cup. And hopefully, that transfers to us and helps us win the cup.”