Former WWE Champion Batista Was Considered For Major Role At 'All In'? 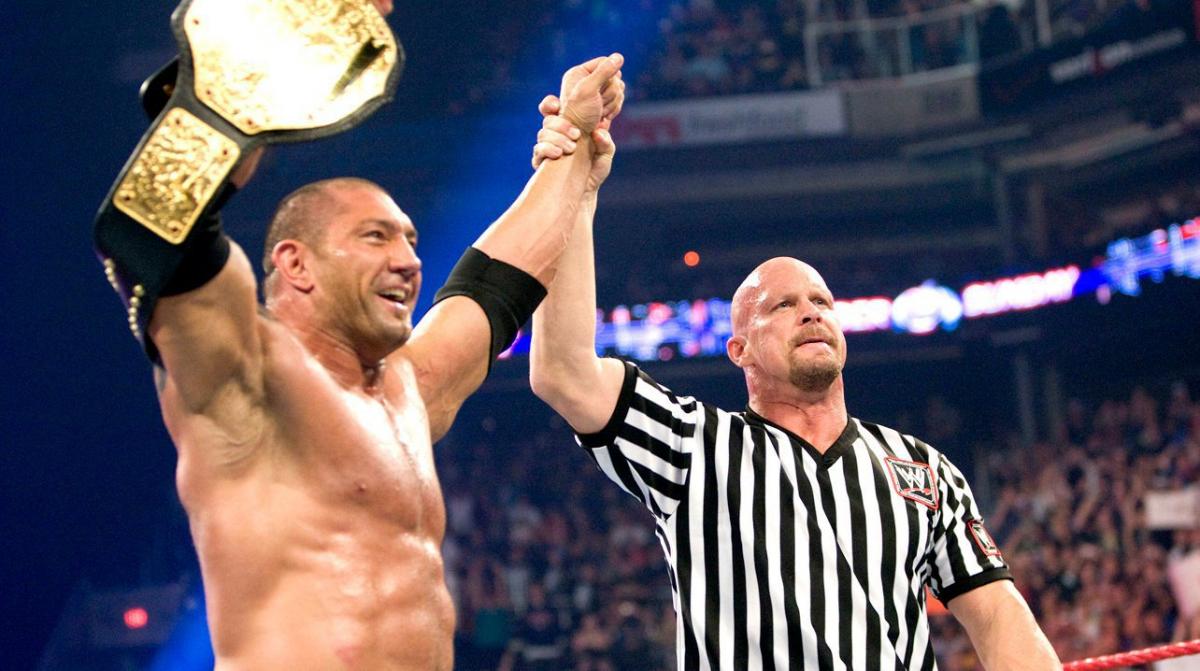 Former WWE Champion Batista Was Considered For Major Role At 'All In'?

The All In event was considered a wide success by even the most staunch critics and ended up selling over 1,000 more tickets than the 10,000 goal inside the Sears Centre in Hoffman Estates, Illinois, right outside of Chicago. Following the event, there were compelling stories of ideas that were highly considered, but did not manifest on air.

Chris Jericho shared on his latest Talk is Jericho podcast that Cody pitched an idea to him (among many) to be under the Burnard the Bear costume and come out with the Young Bucks in the main event, eventually attacking Kota Ibushi to forward his feud with Kenny Omega.

Chris Jericho Reveals Original Plans For His 'All In' Appearance

Jericho declined the pitch, but did end up agreeing to be under the mask of Penta 0M to attack Kenny Omega following their match.

Burnard the Business Bear is here and he’s ALL business! pic.twitter.com/Y57w1FepoZ

Based on a recent tweet from The Young Bucks’ Matt Jackson, former multi-time WWE Champion Dave Bautista (Batista) was also considered to be under the Burnard the Bear costume.

Yes. We talked about putting him in the Bernard The Business Bear suit. https://t.co/rXq5EweaR7

Obviously, this idea did not materialize, and there was not any major storyline that formulated from Burnard the Business Bear appearing at All In. In addition, it would have been interesting to see how Batista would have been unveiled, and the purpose of his unveiling.

Batista has been very open recently regarding his desire to return back to the wrestling ring. In fact, Batista stated in a recent interview that he misses being involved with the product. 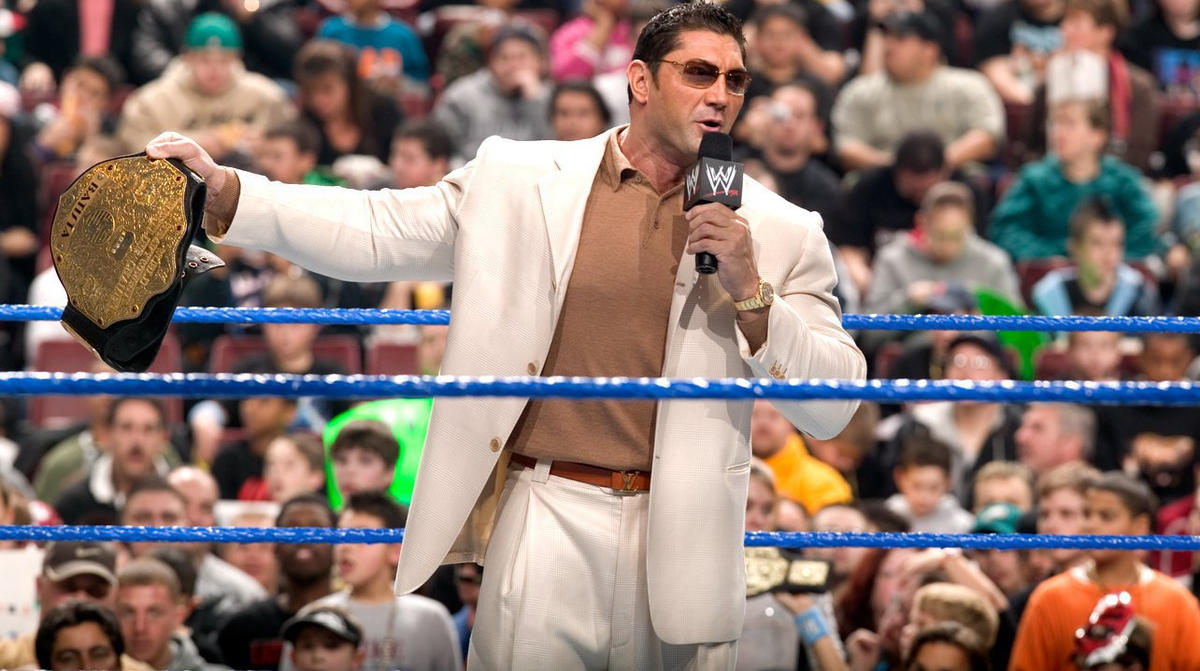 Following his departure from WWE, Batista continued to hone in his acting career and land major roles in various movies. Although he will be 50 years old next January, Batista admits that the buzz that pro wrestling gives is incomparable, and is increasing his desire to return.

The buzz that would have occurred if he lifted up the Burnard the Bear head to show himself would have certainly lived up to his expectations. However, whether it was scheduling, negotiations, or simply an inability to have his appearance make sense, Batista was not a part of the historical event. Of course, Matt could be making this all up, but Batista would have been a great addition to the event.