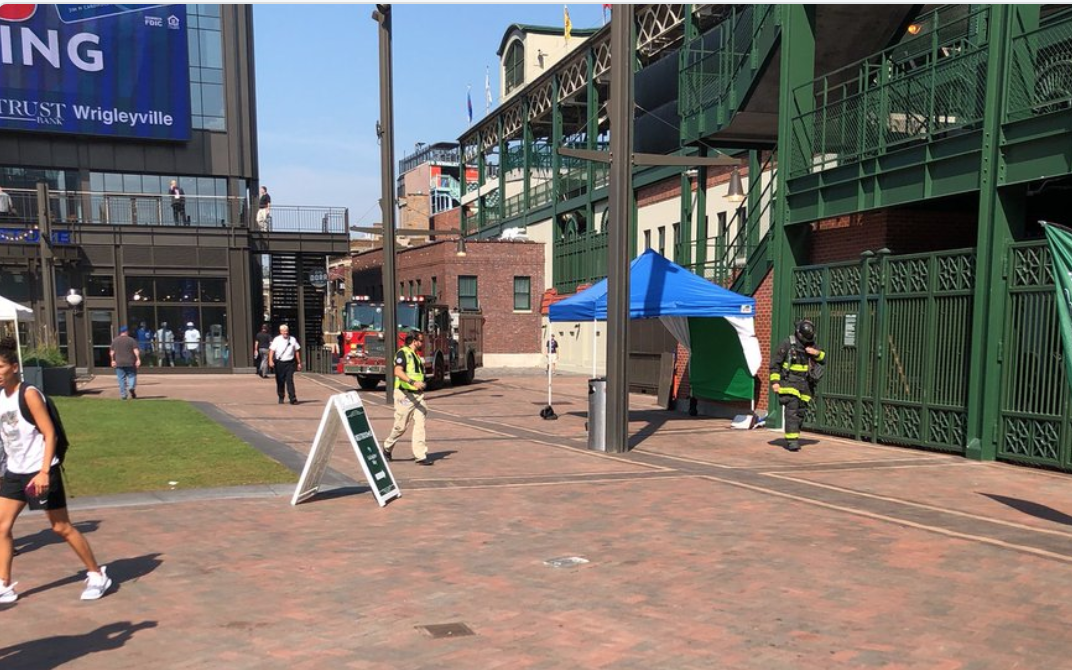 It was lit at Wrigley Field — literally — on Thursday.

The press box caught on fire, with the Chicagoland police scanner tweeted out the news around 2:30 p.m. ET.

Hand pumps in use

In a stroke of luck Wrigley Field is across the street from a firehouse. pic.twitter.com/RcfNavRxBL

NBCS Chicago provided an update on the incident.

All immediate threats appear to be put out for now, but no word yet on how this will affect Wrigley Field moving forward or how much damage the fire
caused.

UPDATE: It was an actually in the concession stand, not the press box, which was initially reported.

Cubs say it was a concession stand fire. Doesn't sound like anything major. The press box is safe!

Chicago Fire confirms they responded to a small fire in one of the concession stands at Wrigley Field. This was not a major fire. No injuries.

It’s good to hear that the fire wasn’t as severe as was initially reported, and that first responders were able to deal with it in a quick and orderly fashion.

The Floor Seat 58m ago