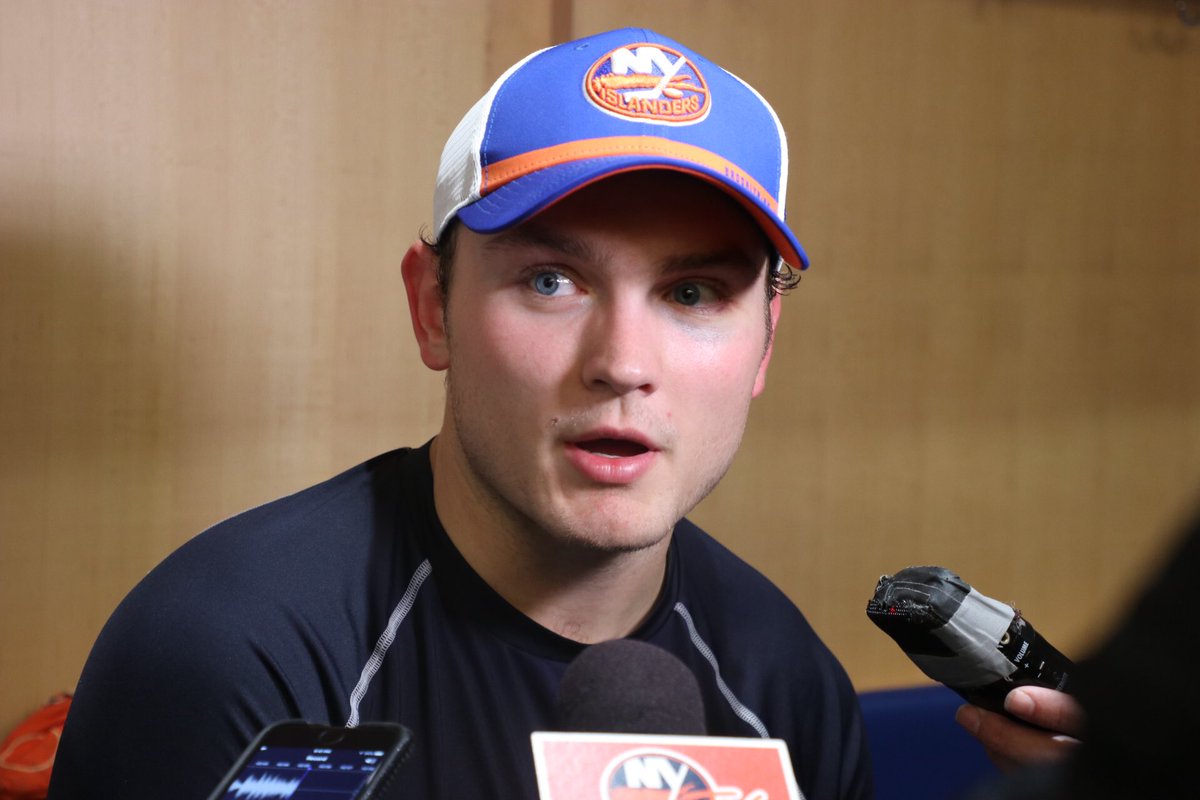 NEW YORK — Kieffer Bellows’ goal was to make the Islanders opening night roster this season, and he’s certainly given the team plenty of reason to keep him around.

From rookie camp to training camp to the preseason, Bellows has been a standout on the ice for the Islanders. On Thursday night he continued that with his second goal of the preseason in the Islanders 2-0 win over the New Jersey Devils.

“You can tell right now he’s such a natural at it,” Anders Lee said about Bellows. “He’s got such great hands and he can absolutely rip the puck. Saw him a couple times this summer and I was able to get to know him a little bit, but he’s got a good head on his shoulders. He works extremely hard and he’s having a great camp.”

The praise for Bellows certainly means something coming from Lee, who has been a sort of inspiration for the Isles prospect. When camp opened, Bellows said that Lee was a player that he had watched a lot last season and tried to model some of his own game after.

And that admiration and studying have paid off for Bellows, who has begun to make himself at home in a similar spot where Lee is known to work. Both of Bellows’ goals have come from down low on the man-advantage.

“Anytime you get power play time you feel very grateful about it,” Bellows said. “Playing with so many great players and getting a goal is even better. Obviously couldn’t have done it without my teammates.”

The Islanders prospect said that it has been an added bonus that he has gotten to watch Lee up close and personal every day during camp.

Isles Insights: Special teams gets plenty of work in 2-0 win over New Jersey

“I try to watch him every single day,” Bellows said. “He’s a big body, a guy that plays fantastic in front of the net scoring 40 goals. Obviously, he deserves that for how hard he works and how skilled he is. It’s a privilege to watch him and learn from him.”

The Islanders coaching staff has taken notice of Bellows’ performance during the course of training camp and the preseason. Head coach Barry Trotz said that Bellows had good instincts on the power play and on five-on-five.

Bellows’ progression comes at an opportune time for the forward. Andrew Ladd has missed the last five days of practice because of an injury and it’s unclear when he would return.

Ladd’s absence leaves an open spot in the lineup that surely would belong to Bellows.

“He makes a case,” Trotz said. “I like the fact that there’s a little bit of a puck battle, especially on the power play or in the middle of the ice. He seems to rotate his body and be able to shield the puck and stuff like that. He wins his battles. He’s got really good hands and he shoots the puck to score.

“He doesn’t shoot the puck just to put it on net. He shoots to score. A really good young player and he continues to produce every game, so he’s getting an opportunity.”

Still, the Success that Bellows has had hasn’t changed the way he approaches things.