Isles Insights: A hockey game was played in Bridgeport 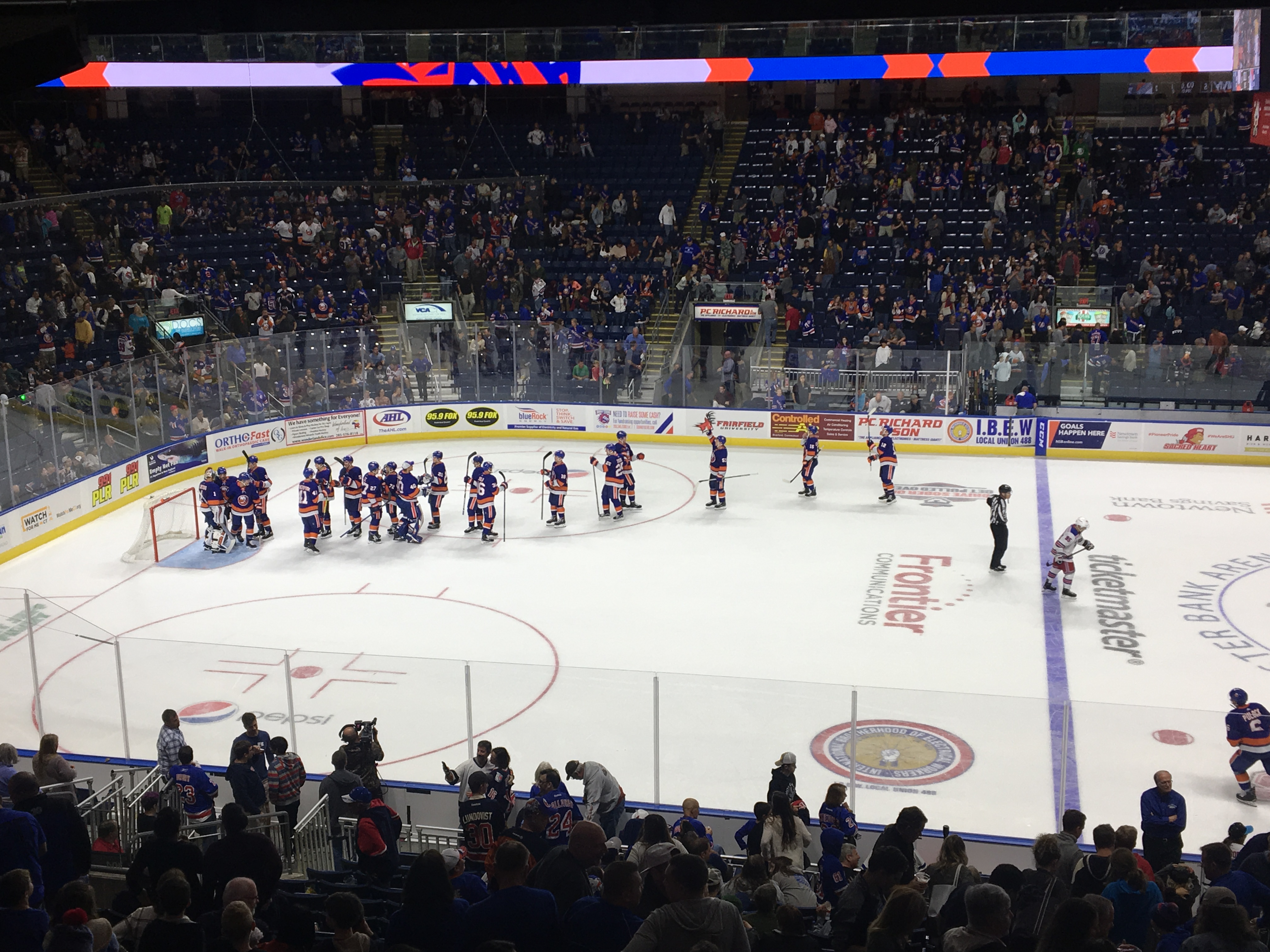 Isles Insights: A hockey game was played in Bridgeport

BRIDGEPORT, CT — The Islanders defeated the New York Rangers 5-2 in a preseason tilt in Connecticut. Four different Islander players scored in the win for the Long Island franchise.

Thomas Greiss played all 60 minutes and made 27 saves on 29 shots. Anthony Beauvillier, Josh Bailey, Anders Lee and Ryan Pulock all scored for the Islanders

1. Ryan Pulock and Anthony Beauvillier each scored a highlight reel goal in Saturday night’s game. Beauvillier showed off his puck-handling ability to get by the Rangers defense and then beat Dustin Tokarski.

.@titobeauvi21 snaps home his second of the game! #Isles pic.twitter.com/tulQPwlTok

“It’s always fun to find the back of the net,” Beauvillier said about his goal.

2. Of course, the goal that really turned heads was Pulock’s. The Islanders defenseman was able to skate right to the front of the net and then rip a shot past Tokarski. The goal was Pulock’s second of the preseason and his second straight game scoring for the Islanders.

“It was a great play, great goal and it’s good to see. It’s fun to see,” Beauvillier said about Pulock’s goal.

3. An interesting note from the preseason game last night was Islanders head coach Barry Trotz’s decision to play Josh Bailey with Anthony Beauvillier and Mathew Barzal. Bailey had a goal and two assists, including a helper on Beauvillier’s first goal of the game. Last season Bailey had a career year and there is some question whether he can replicate it this year, especially with the departure of John Tavares.

However, Trotz appeared very confident in Bailey’s ability to produce this season alongside anyone.

“I think when you’re a good player and you’re playing with good players you’re going to put up numbers and you should,” Trotz said. “Bails is part of that… Cause he’s a good, intelligent player he’s going to have success with anybody who is playing the right way. And has a good skill level and hockey IQ. We’ve got a few guys like that.”

4. “You guys have no idea how smart he is on the ice. It’s just easy to play with him. He’s always in the right spot. He always puts the puck in the right position. There’s no words. He’s so smart on the ice. He just does everything right. It’s exactly what we need, a leader like him just taking more responsibility. Like I said, he’s just so smart on the ice it’s so fun to play with him.” — Anthony Beauvillier discussing Josh Bailey.

Who is the Islanders 2nd Center Behind Mat Barzal?

5. The Islanders special teams had another successful evening, with the team going 2-for-4 on the power play and going 3-for-4 on the penalty kill. Trotz had Jordan Eberle, Anders Lee and Bailey up front with Barzal and Devon Toews on the point during the man-advantage.

Beauvillier, Brock Nelson and Kieffer Bellows made up part of the second power-play unit with Johnny Boychuk and Ryan Pulock on the point.

“It’s been good. I think the set up we have in place here seems to be working for us,” Bailey said. “We have some familiarity tonight. A bunch of us have played together there before, but it’s always good when you can get a couple on the power play. It’s only going to help our chances of winning.”

6. Thomas Greiss had another solid outing in net for the Islanders. It was a good sign for a goaltender who struggled last season. “Greisser gave us a solid night,” Trotz said.

“I thought when a game was in doubt you need that one big save and he came up with that. Just as Robin (Lehner) did the night before. I think guys when you have that structure and you have some consistency back there you’re going to have some success.”

Thomas Greiss with 27 saves tonight… but this one was the highlight. 🔥 #LGI pic.twitter.com/cvjHGoFUVa