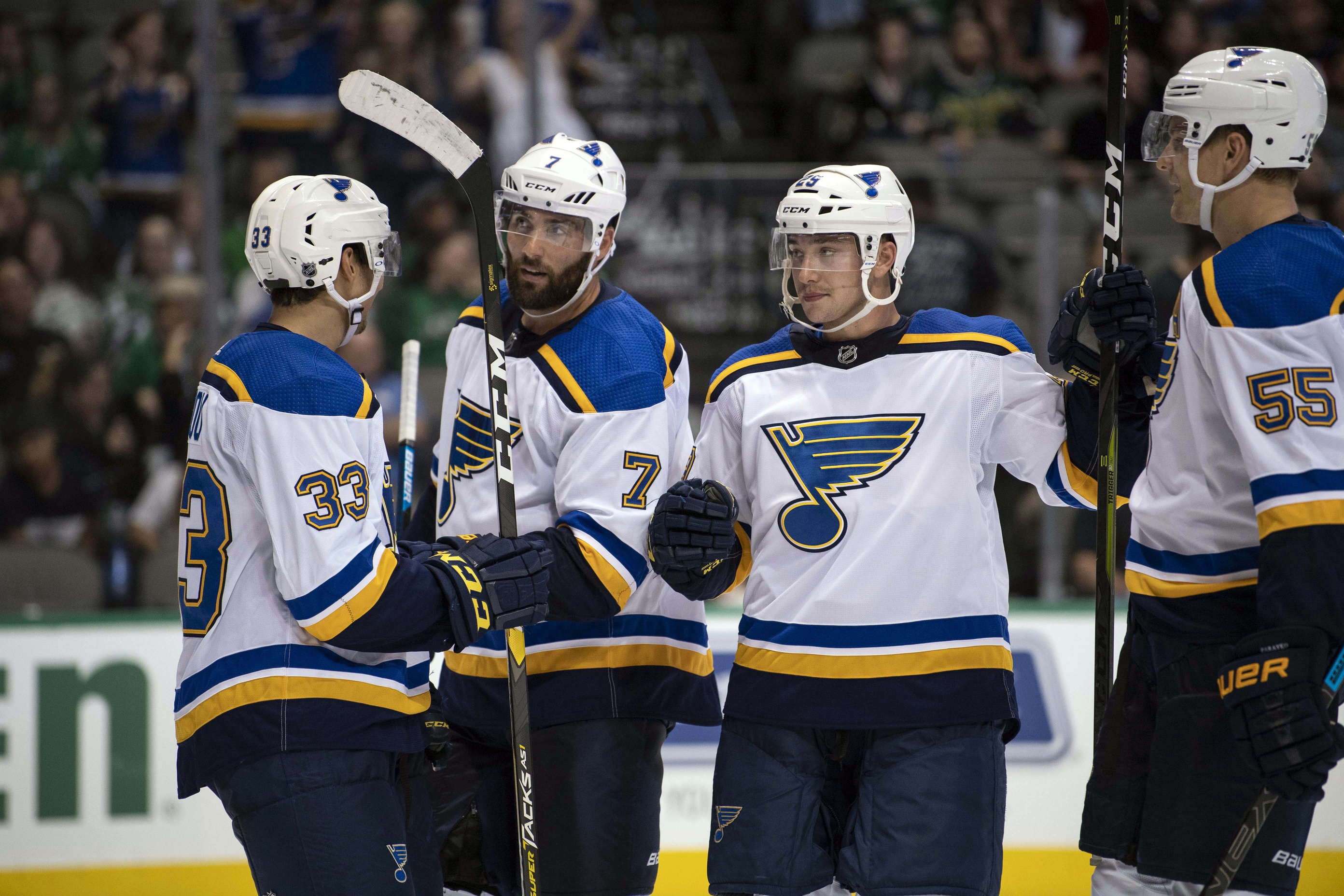 The St. Louis Blues have announced their 2018-19 opening night lineup and there are quite a few new faces. Beyond all the additions from this summer’s transactions, several youngsters won a spot with the team.

And these are the players who are headed to San Antonio.

So Thorburn, Sanford, Husso and Walman are going to San Antonio. #stlblues

The Blues are rolling with nine defensemen due to their current injuries. Though this is the lineup the team has announced, don’t get too attached to it. More moves are likely once Bortuzzo serves his suspension and after Fabbri returns to full health (assuming he does).

Also, once Fabbri is ready, it will open up a spot, and when Bortuzzo is eligible to return Saturday, it will also move some people around. #stlblues

Overall, there aren’t a ton of surprises here, but it is impressive how many young players made the cut. Personally, I’m extremely excited to watch both Thomas and Kyrou competing at the NHL level. Expectations are high.