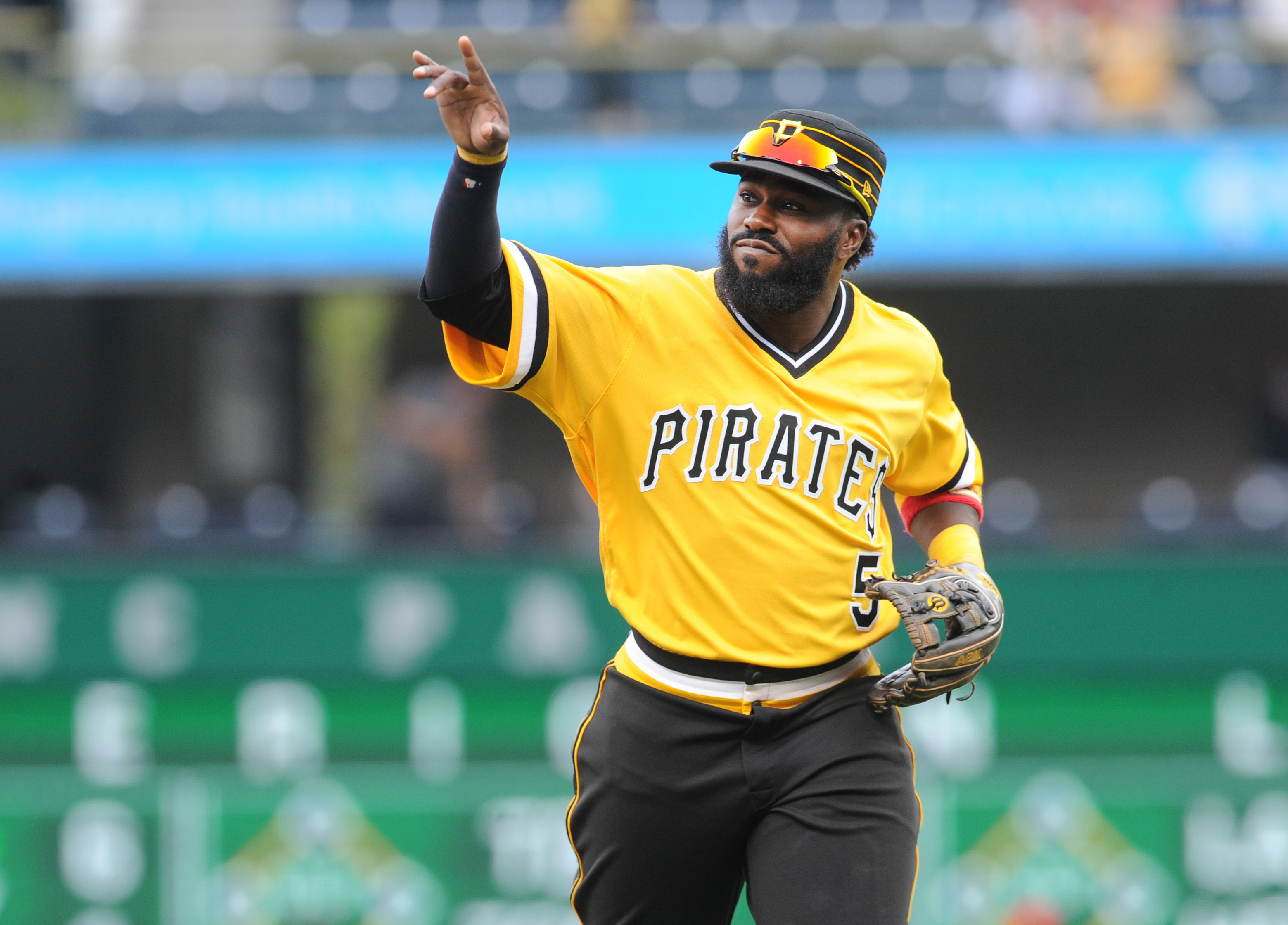 Today we continue with our Pittsburgh Pirates 2018 report cards, by looking at second baseman Josh Harrison.

Harrison made some noise in the offseason requesting a trade and it would have made sense for the Pirates to trade him then as throughout a miserable 2018 season, Harrison’s value plummeted to next to nothing.

After a decent two week stretch to start the season, Harrison missed a little over five weeks after he was plunked in the hand by a Jose Urena fastball resulting in a fractured fifth metacarpal in his left hand, the same injury that ended his 2017 season a month early.

Once Harrison returned, he wasn’t very good with the bat or the glove for the rest of the season.

Harrison never was much of a get on base kind of guy, but he was terrible in that department in 2018, posting a woeful .293 OBP.

That’s not a typo. In 374 plate appearances, Harrison managed an on base percentage of under .300.

His overall line of .250/.293/.363 was just as disappointing. All of which were the worst numbers of Harrison’s career, once he started getting regular at bats.

One thing that always endeared Harrison to many Pirates fans was his hustle, but he wasn’t able to use that much as he had only 13 doubles and one triple on the season, also career-worst numbers.

The fact that he was never able to develop a sense for the strike zone was a killer as his K-rate jumped to 18.6 percent, after posting 16.6 and 14.6 numbers the past two seasons.

Coincidentally, the walk rate, which was never good to begin with, dropped to 4.8 percent, from 5.2 last year.

Once he started struggling Harrison started pulling the ball a lot more, 45.9 percent of the time, which was the highest number he posted in his MLB career.

Harrison posted a wRC+ of just 78 as the entire season didn’t go his way.

Typically a solid defender at any position across the diamond, the 2018 season wasn’t good for Harrison with the glove either.

After posting a DRS of +6 in 2017, Harrison was a -2 in that department this season. That’s an eight run swing from one season to the next.

He was credited with just six errors on the season, which was a little generous, but either way Harrison had is issues getting to and fielding the baseball.

In our preseason predictions article, I said Harrison would be the Pirates biggest disappointment in 2018.

If he wasn’t that then he should be in the conversation.

He’s never put back-to-back solid seasons together and that was the case this season as he was just a 0.3 WAR player, the least valuable season of his career. That’s a three win decrease from 2017, something this Pirates team really couldn’t afford.

It got to the point that Harrison ended up losing the second base job to Adam Frazier down the stretch as J-Hay received just 23 at bats in September.

I’m a Harrison fan as he’s one of the more genuine players I’ve ever talked to, but he’s just not doing much for me as a player right now.

There’s no way in the world the Pirates should pick up his option for next season, which means Harrison will be looking for a new home.

Hopefully in his case, he will have a better go of things in 2019 because the 2018 season should be one to forget for Harrison.