Braves Due Diligence on Patrick Corbin 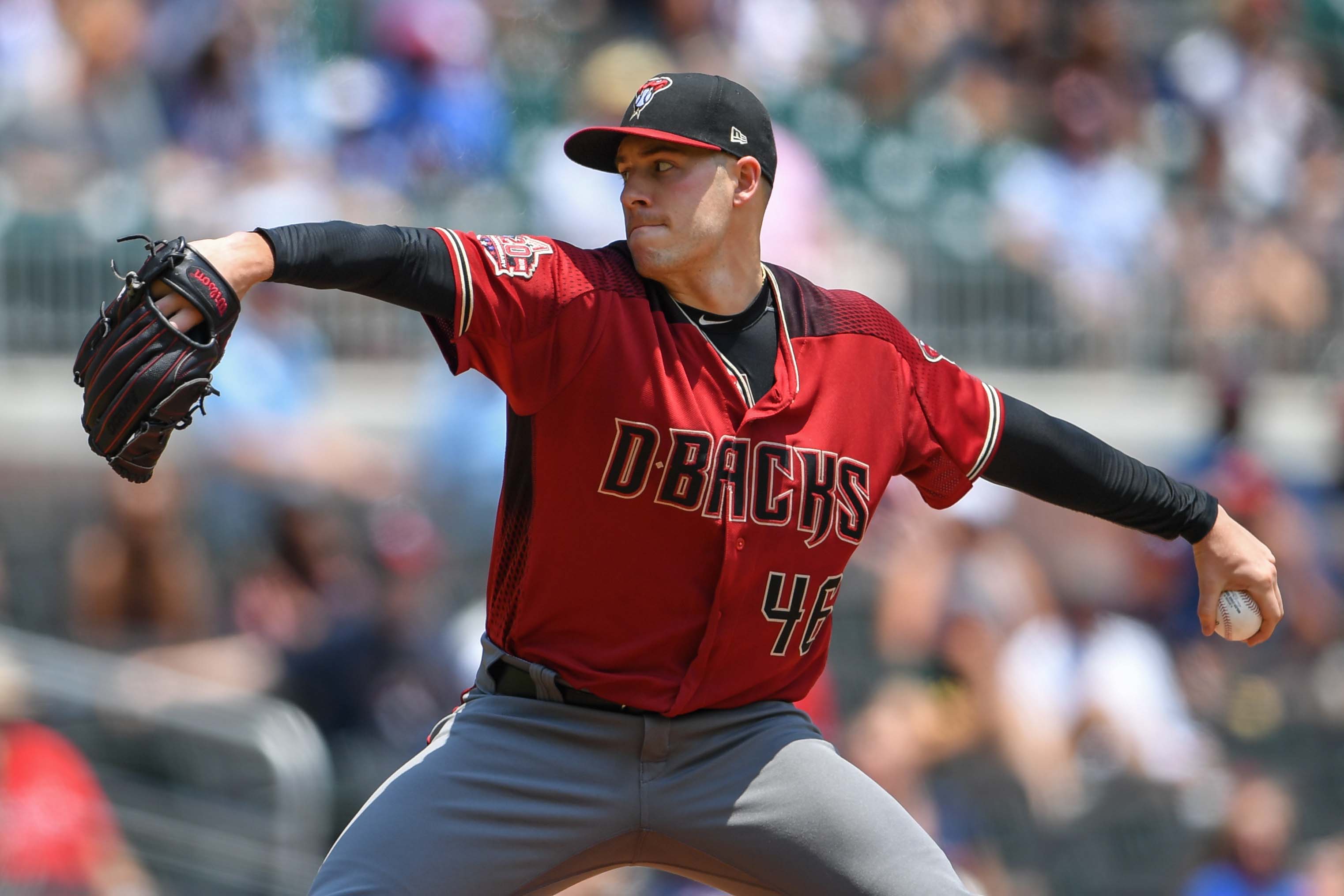 Braves Due Diligence on Patrick Corbin

(This is the first in a series of profiles we’re going to do about potential targets for the Braves this offseason.)

Overview: It wasn’t long ago that Patrick Corbin looked like, at best, a bottom of the rotation arm. His ERA was near 5.00 with just a couple of months remaining in the 2017 season. The previous year, he lost his spot in the rotation with a career-worst 5.15 ERA. But on August 6, 2017, Corbin K’d a season-best 10 hitters. Over his final eleven games, including ten starts, Corbin had a 2.69 ERA and 63 K’s in 67 innings. He carried that success into 2018, finishing the year with a 3.15 ERA in 200 innings. He struck out 246 batters, shattering his previous best of 178. The first-time All-Star lowered his homerun and walk rates as well, finishing the season with a 6.3 fWAR and a 4.8 bWAR.

Perfect time to be a free agent, I’d say.

How did the 6’3″ lefty turn it around? By relying on his slider. Actually, two different sliders. For much of his career, Corbin threw his low-90’s two-and-four-seam fastballs about 65% of the time. Neither fastball was particularly good and, combined, when Corbin threw a heater, it routinely ranked as his worst pitch according to Pitch Values. But Corbin always had a good slider – one he could use for strikeouts late in the count. However, with his substandard fastballs, he wasn’t getting to those pitcher counts with the kind of frequency pitchers dream of.

Corbin decided to embrace his slider even more in the summer of 2017 and the results changed dramatically as I already pointed out. Over the final two months, he was going to his slider about 44% of the time – about a 10% increase over earlier that same year. This season, he added another slider that has the movement of a slider, but the speed of a curveball. He utilized the pitch a bit less as the season progressed, but never stopped relying on his low 80’s slider.

According to Pitch Values, no slider was more valuable during the 2018 season than Corbin’s – including Mike Foltynewicz’s slider, which ranked fourth. Corbin also found out that “less is more” as his fastballs, especially his sinker, became plus pitches as well now that they weren’t his primary selections early in the count.

The focus on the slider didn’t affect quality-of-contact, but it did something better – it made Corbin harder to make contact against. The average contact rate on swings is around 77% the last two years. Corbin’s 2018 Contact% was 10% lower.

After all of this recent success, he’s going to be a free agent and ready to cash in on a big season. Let’s look at the possible contract he could seek, the case that he deserves said contract from the Braves, the case against such a move, and I’ll also provide my perspective to close us out.

Predicting a Contract: In September, The Athletic’s Zach Buchanan, who covers the Diamondbacks, went over this issue and there are two things to keep in mind – things I will expand upon as we move through this profile. First, Corbin’s track record is not quite as comparable to Dallas Keuchel, the other top free agent starter available on the market pending any opt-outs (notably, Clayton Kershaw). The second thing to keep in mind is that the market will be flush with cash.

But let’s look at what kind of financial commitment the Braves or any other team would need to fork over to sign Corbin. The maximum might be close to Yu Darvish’s $126 million over six years. A lower-end projection might be a bit more than the $57 million over four years that Alex Cobb received. If we simply try to land in the middle, an expectation could be in the $17 million per season range. Let’s stick with Cobb’s length of the deal considering Corbin’s age (he will turn 30 next July). With that in mind, my prediction is that Corbin receives a 4-year, $68 million contract. I don’t want to get stuck on the particulars of options or incentives. And to be clear, the contract prediction is more a minimum of what I expect Corbin to receive. Certainly, a bidding war could increase that contract both in terms of years and overall value.

The case for: The first thing to keep in mind here is that Corbin is simply getting better. He was on this track before, finishing his first full season in the majors with a 3.41 ERA in 2013, but Tommy John surgery slowed his progression. Finally healthy and progressing, Corbin has lowered his ERA in each of the last three seasons while every conceivable metric has shown great improvement. Both the traditional numbers and the advanced analytics agree: Corbin was one of the best pitchers in 2018.

Corbin is an excellent addition because he fits what the Braves do well and also wish to do better – at the same time. The Braves infield defense is one of the best in baseball. Corbin’s career groundball rate is 49%. He had a pretty good defense behind him this year, but it could be elite if he comes to the Braves in 2019. Further, Corbin’s control would be a welcome addition for a team with the worst walk rate in baseball. One last thing – I’m sure Corbin will enjoy a more traditional outfield setup at SunTrust Park. No stadium yielded more triples than Chase Field according to Park Factors.

Finally, if you’re the Braves, you want to shore up the top of the rotation. Anibal Sanchez was a great story, but should he have been your second-best starter if you want to take down a team like the Dodgers? Absolutely not. You want a pitcher to pair with Foltynewicz who can be part of a dynamic 1-2 punch. Corbin can be exactly that in 2019.

The case against: Is Corbin’s track record really there? Just two years ago, he was being banished to the bullpen. Sure, his last 45 or so starts are excellent, but is that enough to invest about $70 million? And if Corbin is truly as desired as his 2018 numbers might suggest he should be, what will the bidding war be like? Can the Braves go back-and-forth with financial heavyweights like the Yankees and Phillies, both of which would just love to add Corbin to their rotation.

Further, is spending money on a pitcher really the proper use of funds for the Braves? After all, the Braves currently have at least ten starting pitchers on their 40-man roster who, short of a trade, are coming back in 2019. Corbin would only complicate that more.

My Two Cents: IF the Braves trade Julio Teheran and IF the Patrick Corbin bidding war doesn’t get out of hand and IF the Braves don’t have to guarantee Corbin five years or more, I really like the idea of adding him. Certainly, there are concerns here, but as we have seen with the Houston Astros and Los Angeles Dodgers, having starters you can count on is extremely important. While I rather love many of the young arms the Braves have, if the Braves had to start a playoff series tomorrow, who can they really count on with much confidence? Touki Toussaint, Kyle Wright, Bryse Wilson, and company certainly have the potential, but the Braves need a guy to help lead the rotation. I believe Corbin can be that guy.