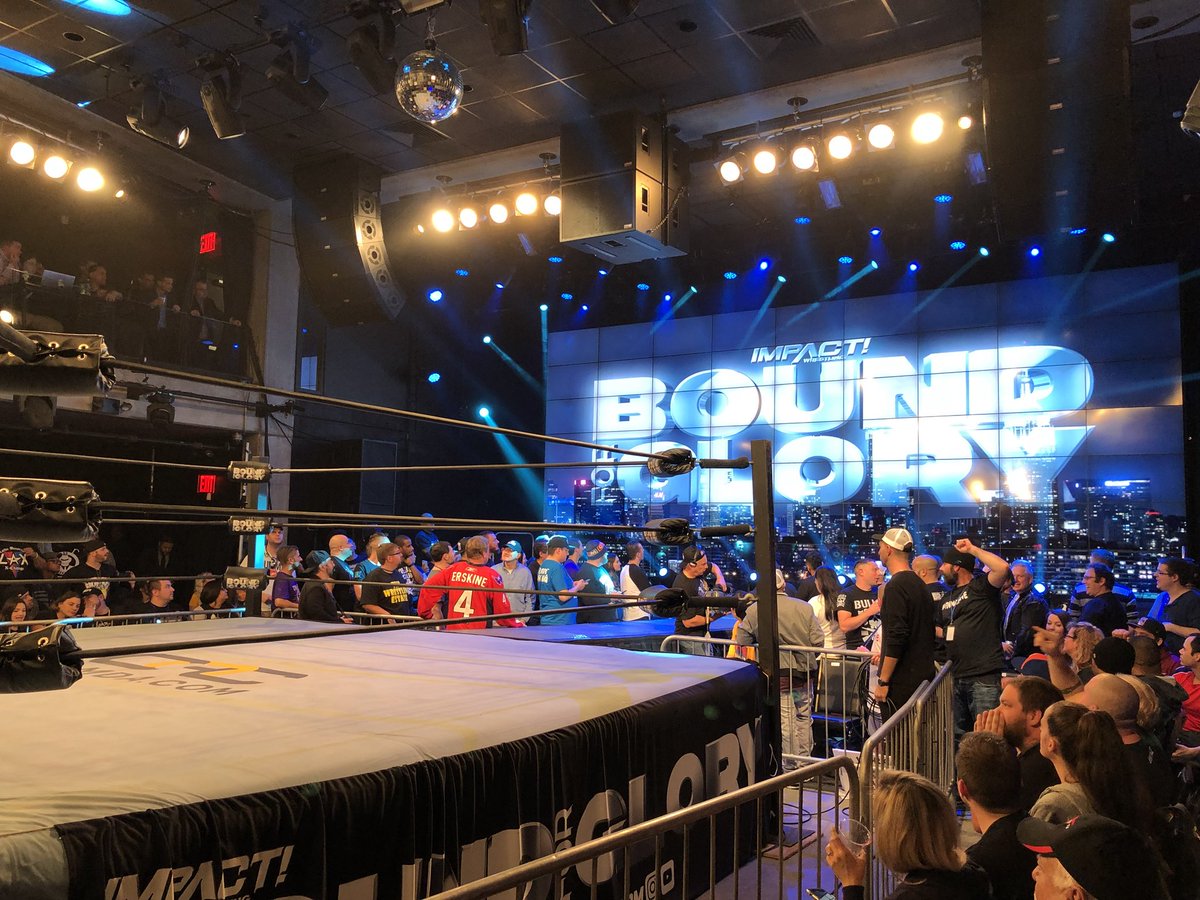 The 2018 Impact Wrestling Bound For Glory PPV is taking place at The Melrose Ballroom in Queens, New York, tonight, and during the big event Eli Drake issued an open challenge for anyone in the Impact locker room to face him in a singles match.

Drake had been hyping the open challenge all week heading into tonight’s PPV, and while speculation has been running wild as to who would be the name to answer Drake’s challenge, I don’t think anyone was expecting the name that actually showed up.

To the surprise, and apparent dismay of the fans in Queens, former WWE star James Ellsworth hit the ring and answered Eli Drake’s challenge. Before the bout, Ellsworth cut a brief promo on the mic, even dropping subtle reference to WWE star Carmella, without actually mentioning her name.

Eli Drake made quick work Ellsworth, dispatching the former WWE star via pinfall. After the match, Drake grabbed the microphone and demanded “real competition” at Bound For Glory. Drake’s demand was answered by the 2018 Impact Wrestling Hall of Fame inductee Abyss.

The Monster hit the ring, and vanquished Drake much faster than Drake took care of Ellsworth, as Abyss hit Drake with a Black Hole Slam followed by a huge Chokeslam though a table.

On a related noted, Eli Drake was amongst the names in attendance for the Impact Wrestling Hall of Fame ceremony in Manhattan on Saturday night, and appeared on camera during the ceremony’s broadcast on Twitch.

As for James Ellsworth, tonight is not the first time the “Chinless” superstar has appeared for Impact Wrestling, as he previously appeared for the company at a One Night Only PPV event special on Twitch, in between his most recent stints with WWE acting as Carmella’s sidekick. Ellsworth last appeared for WWE over the summer, briefly appearing on TV after making his return at this year’s Money in the Bank PPV.