Dak Prescott finally gives the NFL something to fear 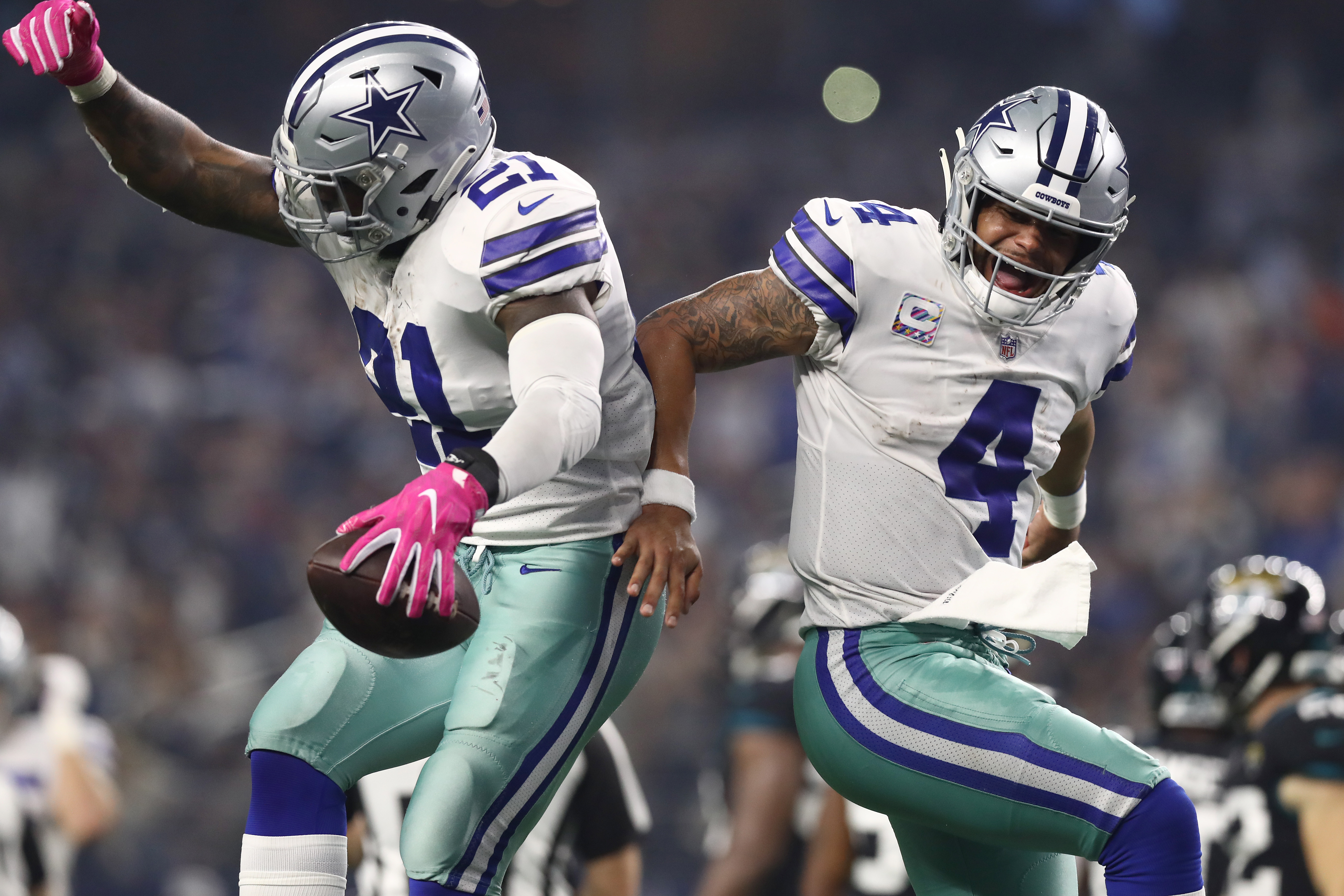 Dak Prescott finally gives the NFL something to fear

The Dallas Cowboys struggled consistently throughout their first five games. They went from a complete disaster, to showing some signs of having the kind of young talent that can grow into a strong team. Then they played the Jacksonville Jaguars, and everything came together.

Finally, the Cowboys had a game when the offense was jut as good as the defense, and they dominated on both sides of the ball. The Cowboys got protection in the pass game and the run game, and they generated the turnovers to truly blow the top off the Jaguars.

The biggest difference, however, was how dangerous Dak Prescott looked. He will never have the prolific passing numbers, because this team will always be run first. Even so, he is becoming more deadly every time he touches the ball and stopping Prescott right now feels like a different kind of monster than stopping him at the beginning of the season.

Afters weeks of the Cowboys trying to figure out how to put Prescott in a position where he can avoid hurting the team, defenses are finally going to have to give him the respect he established in his rookie season.

Prescott is recapturing his rookie season efficiency, while making it clear that he is a play maker that will punish a defense. Against the Jaguars, it was the running game. Prescott finished with the touchdown and 80 yards on the ground, with multiple back breaking plays with the ball in his hands..

The Jaguars, who are supposed to have one of the most talented defenses in the league, had no answer for him. He managed to keep a top defense guessing every time, without any hope of knowing when he was going to burn them down field.

Keep in mind, Prescott has been steadily developing with his receiving core. Cole Beasley is separating himself as the clear number one, Ezekiel Elliot is more of a factor in the passing game and even Tavon Austin is making exciting plays happen in space.

The Cowboys have made the adjustments that have allowed Prescott to explore his talent and the talent around him, and all of a sudden the Cowboys offense no longer looks like such a pushover.

This offense will always be about the rushing game, and that is what defenses will always have to account for first. With the offensive line giving Elliot the most yards before contact in the league, you have no choice other than to sell out in the running game.

Elliot is punishing teams in a special way right now, and after their dominance of the Jaguars, there may not be a defense in the league that can eliminate this running game.

The difference right now, however, is that Prescott is taking advantage of that dominance. The brilliant protection helps in the passing game, but he is figuring out how to make the big plays that were nonexistent in the first few weeks, and his ability to run is a major part of that.

The Cowboys do not have elite weapons, but they have unique weapons. They have a running back in a class of his own and one of the most unique passing attacks with a low volume quarterback a reliable slot guy and a utility hybrid.

Obviously, the Cowboys still have a lot of work to do, but this team will struggle to improve if Prescott is not leading the way. His performance against the Jaguars was the first time Prescott really broke down a defense and lead the way for this offense.

The Cowboys knew they would need an adjustment period this year, and it is far from over. Prescott still needs to be able to do more and they still need to find a way to establish a vertical threat in the passing game.

For now, it feels like defenses will fear Prescott for the first time this season, and that is exactly the help Elliot and this offensive line needs to establish the Cowboys as a  capable and functional offense this season.