3 key takeaways from the Eagles' loss to the Carolina Panthers 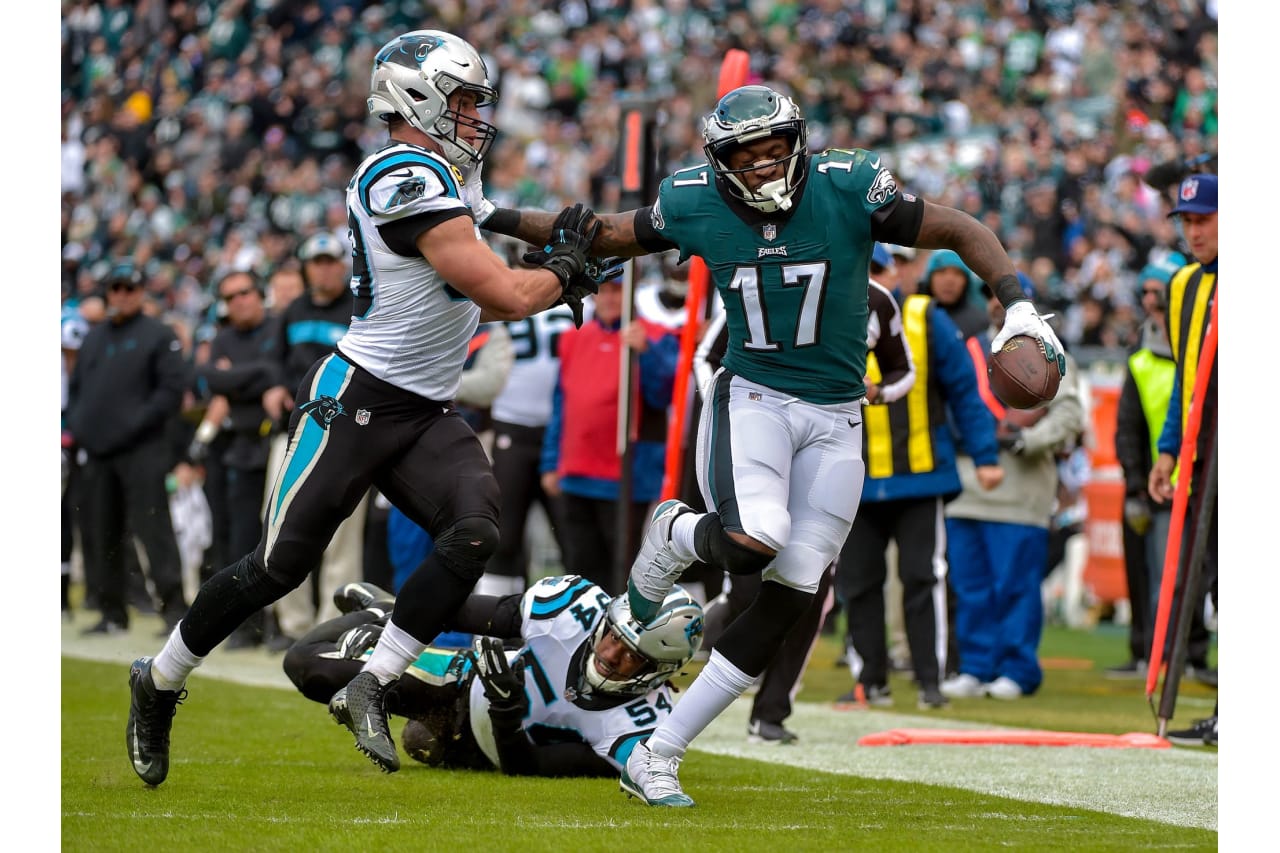 3 key takeaways from the Eagles' loss to the Carolina Panthers

It was yet another disappointing week for the Eagles as they fell below .500 with a 21-17 loss to the Carolina Panthers. Here are three key takeaways from yesterday’s loss:

Let’s make one thing very clear: the Eagles should have easily beaten the Carolina Panthers. While both teams came into yesterday’s contest with the same amount of wins, the Eagles had the all-around better team, and were heavily favored to walk away with their fourth win of the season. Then, they lost.

While some earlier losses can be attributed to several factors, yesterday’s game was truly one where they Eagles lost to a team they should have beaten. This bring the question: is it time for the Eagles to hit the panic button?

Several reports following the loss state that the Eagles locker room was one that did not seem to house a team that are defending Super Bowl champions. Players quickly cleared out, leaving an air of uncertainty behind.

At 3-4 on the season, the Eagles are just barely holding on to second place in the NFC East, and now it looks like their playoff hopes will hinge on winning the division.

It is safe to say that the Eagles can barely afford many more losses, and if they continue to rack up, they could see themselves headed from heroes to zeroes very quickly.

At this point, this topic has been talked about ad nauseam, but the Eagles seem to be back to old habits of forgetting to play all 60 minutes of the game.

The Eagles put up a solid first three quarters against the Carolina Panthers, going into the final 15 minutes with a 17-0 lead before everything broke down.

On the defensive side of the ball, the Eagles allowed quarterback Cam Newton to have his best showing of the entire game, throwing up and down the field to get themselves back in the game. Their late rally included a late 4th and 10 conversion to help set up their game-winning touchdown.

On the offensive side, the Eagles failed miserably at moving the ball down the field once it became clear they had to add more points to be board. A series of short swing passes and other short plays made it clear they lacked any urgency to get down the field.

It was not until late when the Eagles were able to get into the redzone with a chance to win, however the Panthers defense held on, helping the team complete one of the more thrilling late rallies of the season.

The NFL trade deadline is quickly approaching, and the Eagles must do something if they want to have a shot at turning the team around. Following yesterday’s loss, the holes on the roster became more and more evident.

The Eagles’ fourth quarter meltdown was largely due to the struggles of the secondary. With Rodney McLeod out, Sidney Jones dealing with injuries, and Ronald Darby and Jalen Mills playing less than consistent, the Eagles need to address the struggling defensive backfield in the next couple of weeks.

The struggles also showed on the offensive side of the ball as well. One day, we are going to admit that Jason Peters is spiraling quicker than we’d hope, and the Eagles’ offensive guards are streaky at best. Yesterday, we saw more of the same with Carson Wentz struggling to make plays due to pressure.

With running back Jay Ajayi on the shelf and an uncertain return date for Darren Sproles, the running back corps is also an area that needs to be addressed.

The Eagles showed many periods both yesterday and throughout the season where they have abandoned the running game at crucial moments. While one can question the decision, it could very well be the fact that the Eagles do not have much confidence in Wendell Smallwood, Corey Clement, and Josh Adams to carry the load out of the backfield.

If the Eagles plan to get back on track, they need to be aggressive before the trade deadline passes.