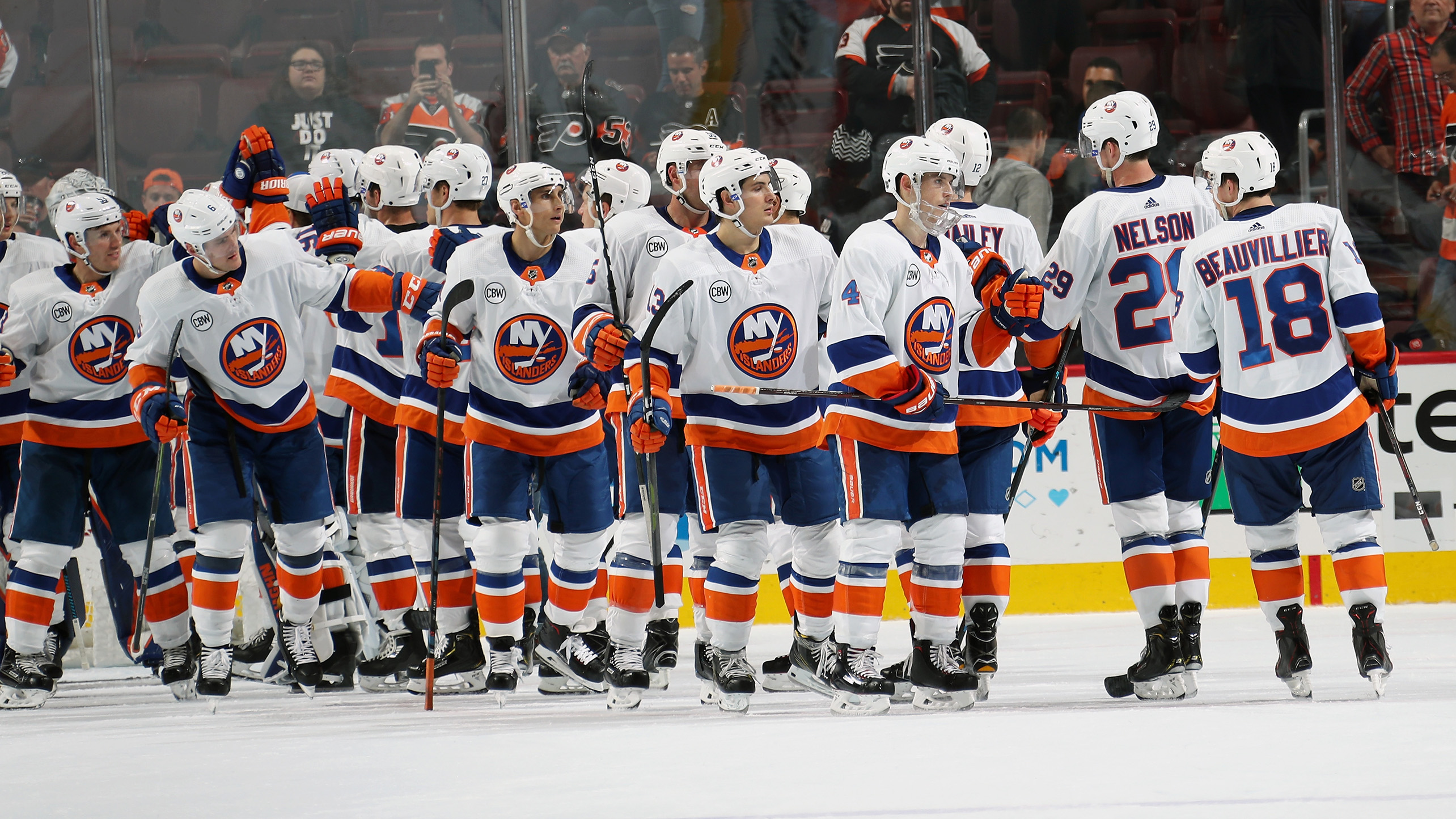 PHILADELPHIA, P.A. — The Islanders remembered the storylines from last season about their struggles to hold a lead in the third period. Those memories came back even more so after they saw a two-goal lead disappear on Wednesday in their 3-2 overtime loss to the Florida Panthers.

So when the situation presented itself on Saturday afternoon in Philadelphia, the Islanders took the opportunity to show they can play with a lead. Ahead 3-1 against the Philadelphia Flyers to start the third period the Islanders scored three times in the final 20 minutes to put away a big early season win against a divisional opponent.

Isles Insights: Islanders bounce back in win over Flyers

“We wanted to set the tone,” Islanders captain Anders Lee said about the win. “We would have rather set it on Wednesday, but I think it was a great response. It’s a long year and there’s a lot of opportunity for growth, and an opportunity to get better.”

Our captain and first 🌟 of the game gives his take on today's win in Philly: pic.twitter.com/dDtAQ1pume

Early in the year, the Islanders offense managed to outscore teams to help preserve wins, but as the season progressed and the offense slowed down winning close games became a challenge. And games that looked like they would be Islander wins quickly became losses in the third period.

Playing and holding the lead was something that head coach Barry Trotz talked about a lot before the season and after Wednesday’s loss.

“We came into the rink on Friday, watched some film and kind of looked at what went wrong,” Brock Nelson said. “Things we could do differently and Barry talked about we were going to be in this spot again today, and he was right. We wanted to come out and fix that. Kind of get that mindset when we have a lead, home or on the road, you’re able to close out games and get two points.”

The Flyers were the first of three divisional matchups on the road, and likely the easiest of the three opponents. The Islanders will play the Carolina Hurricanes, who are 6-3-1 through their first 10 games of the year and have won their last two games, on Sunday and then face the 6-1-2 Penguins on Tuesday.

A confident Brock Nelson propelled the @NYIslanders to a huge win in Philly.@brendanmburke & @91Butch go over his game today. #Isles pic.twitter.com/keRWttWNoS

Getting a solid 6-1 win on Saturday and getting to exercise some of their third-period demons in the process might have been the best thing for the Islanders after Wednesday’s rough loss.

“It’s almost kind of nice we had that same situation tonight the exact next game because Barry talked about it in our meeting,” Lee said. “We went over everything that went wrong against Florida and said we’re going to have a lead against Philly, and we have to be ready to close it out the way we want to. We did that today.”