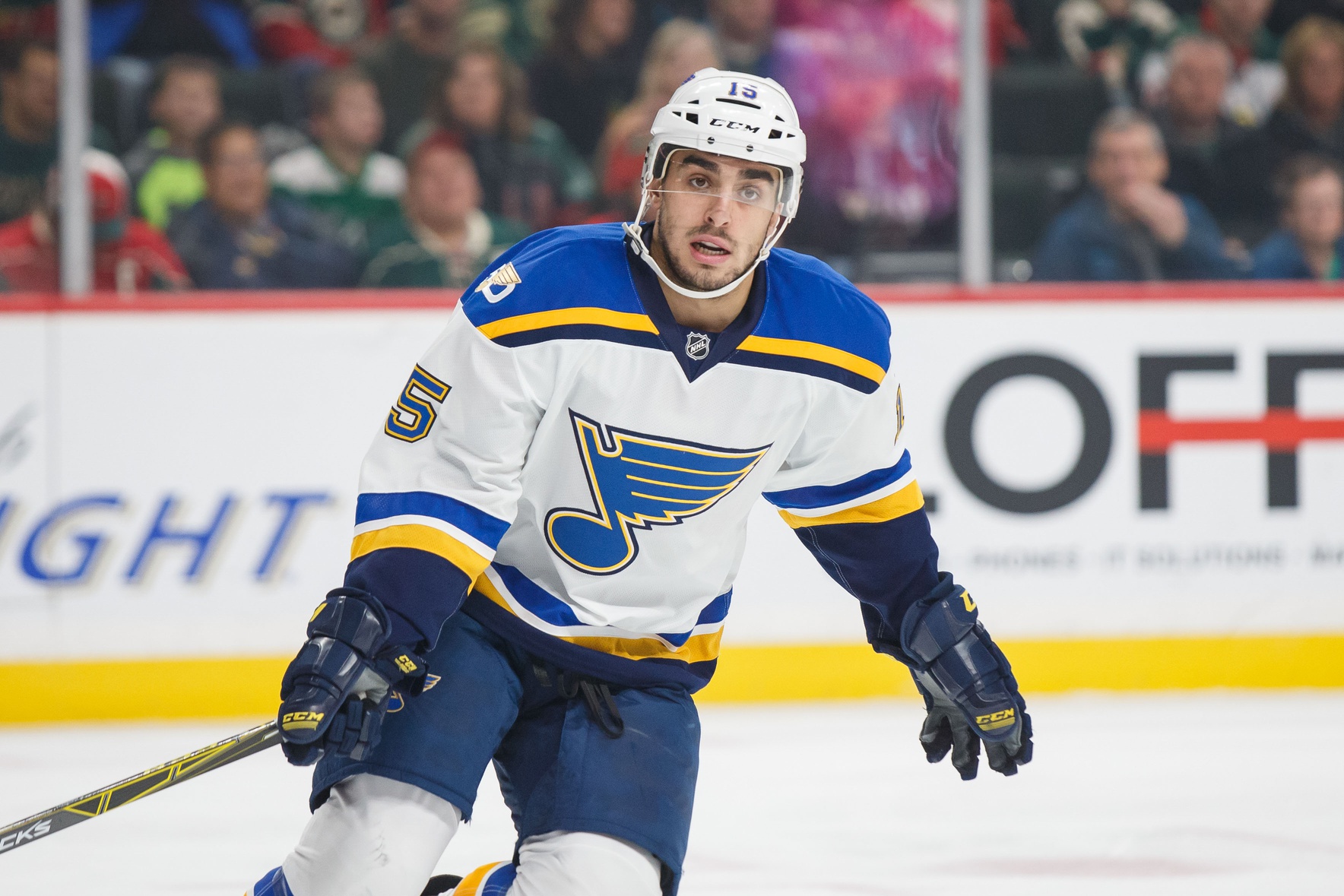 The St. Louis Blues are about to have a lineup that features quite a few different faces. The team announced that they have recalled Ville Husso, Robby Fabbri, Carl Gunnarsson and Nikita Soshnikov from the AHL.

Husso being called up indicates that Jake Allen’s injury will require at least a little down time, though specifics surrounding his injury haven’t been released.

Fabbri was on a conditioning assignment, one he evidently passed, and should be inserted into the roster. It remains to be seen where he’ll skate, but the Blues will have an option with a bit more experience to deploy.

Gunnarsson was also on a conditioning assignment, but it’s even more difficult to figure out where he’ll slide in. His replacement, Jordan Schmaltz, has played very well and isn’t the most deserving of a demotion. It’d be nice to see Gunnarsson slide in and give Jay Bouwmeester some time off, though the Blues may not have enough room to keep all of these defensemen at the NHL level depending on how long Robert Bortuzzo is actually out.

Soshnikov was also on a conditioning assignment following his concussion.

With an extremely crowded group competing for time, the Blues are going to have to send some players back down to the AHL. That likely means the younger players on two-way deals should start packing. It’s unfortunate as a player such as Jordan Kyrou has played well, but there may not be enough room to keep him and everyone else in the mix.