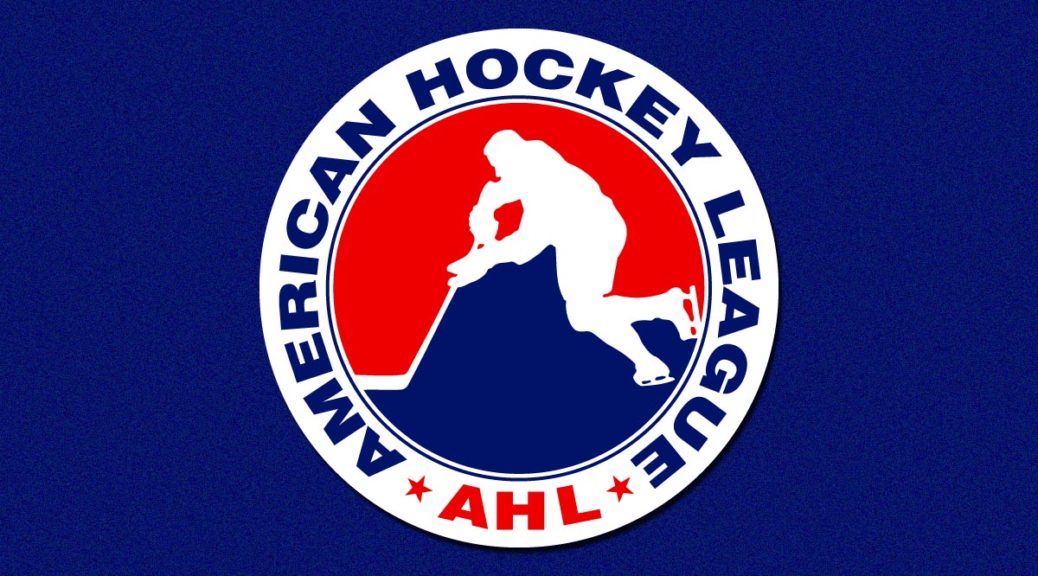 AHLTV, the new and improved online streaming service offered by the American Hockey League, is bringing more fans into the fold. Thanks to the new program, it’s cheaper and easier to access high-quality streams of any and all AHL teams than ever before. Specifically today we’ll focus on the Penguins AHL Affiliate, the Wilkes-Barre/Scranton Penguins but everything is applicable to all of the AHL’s teams.

With a price tag of around that of a meal at McDonalds for a one day pass, it’s understandable more people will be tuning in. And for 60 dollars you could get every single broadcast for one team. However, that does lead to some learning curves. While the AHL is similar, it is not (obviously) the NHL. So, I thought having a primer of important things to know about the AHL could help everyone involved.

What is the “Veteran Rule” ?
The most important rule that differs from the NHL is what the AHL calls “the veteran rule” or “the developmental rule” it reads as follows:
Of the 18 skaters (not counting two goaltenders) that teams may dress for a game, at least 13 must be qualified as “development players.” Of those 13, 12 must have played in 260 or fewer professional games (including AHL, NHL and European elite leagues), and one must have played in 320 or fewer professional games. All calculations for development status are based on regular-season totals as of the start of the season.

This rule is important because it ensures teams are trying to work their players through their systems. And it’s important for Wilkes-Barre/Scranton fans to know as they are carrying the most veterans you can on a team. Though there is quite a mix of new and old guys on the ice most of the time.

Take a look at this Wilkes-Barre/Scranton Penguins starting line-up from the weekend of October 20th:

This line-up features two true AHL Rookies (more on that to come) in Sam Lafferty and Sam Miletic. Zach Aston-Reese played 66 professional games prior to the start of the 2018-2019 season which means he isn’t a rookie but he’s still developmental. On the backend, Will O’Neill is not considered a developmental player having played 394 regular-season AHL games and 1 regular season NHL game for a total of 395 professional games before this season began. Zach Trotman, on the other hand, has played 200 AHL games and 70 NHL games making his total games played 270. That puts him above the 260 mark but under the 320 one. The goalie position is exempt from this particular rule.

Who is an AHL Rookie?
Above I referred to Sam Miletic and Sam Lafferty as rookies. The AHL, like the NHL, has specific calculations for what makes a player a rookie or not that break down into a few buckets.

Seems simple – nothing special going on there. But there are times some of those games played won’t count.
A player who has met these qualifications but did so while playing on an amateur try-out agreement or as a signed junior will not have those games count towards his rookie status.

Amateur try-out agreements or ATOs are common among NHL drafted players whose Junior season ends early. Players like Olli Maatta and Jake Guentzel played on ATOs in the past while Sam Lafferty played on one just last year. This allows them to play a handful of games and chase a Calder Cup without possibly damaging their playing and waiver statuses.
The last bit is easy – it’s age-related.
If a player is over 26 on September 15th of that given season – that player cannot be considered a rookie.

What do AHL contracts look like?
The AHL, while a developmental league first and foremost, has five contract distinctions you may see.
SPC – This stands for Standard Player Contract. This is the standard AHL only deal. These deals (like the one Ryan Haggerty was on prior to this year) do not allow the player to be recalled to the team’s parent club. This is why the Toronto Maple Leafs had an ECHL goalie as a back-up recently – because the only healthy AHL player they had at the time was on an SPC.

ELC – This is something anyone who pays attention to the contract side of hockey is familiar with. Entry-Level Contract. These are the deals drafted players or undrafted free agents sign as their first NHL deals – they vary in length and monetary compensation based on players age at signing and other factors like draft positioning. Players on ELC’s can be assigned to AHL or ECHL teams to work on various skills. When they first enter the league they can do this at will but once a player becomes waiver-eligible they must follow these rules.

ATO – Mentioned above ATO’s are often signed by players who were chosen by their respective teams in a draft but are not yet signed to an ELC. These contracts can also be used on players finishing their Junior or College careers interested in playing but the team is testing them out to see if they want to offer and SPC or ELC.

PTO – Profesional Try Out Agreements are between players already considered pros who don’t have contracts. You may know them for their use in the NHL as training camp invitations. But this tactic can be seen in use even more at the AHL level. If a team needs a player from a different professional league to fill a vacancy due to unforeseen circumstances they usually sign a player to a PTO. The goal, whenever possible, is to turn a PTO into an SPC.

How do the AHL playoffs work?
The AHL’s version of the Stanley Cup is called the Calder Cup and just like the NHL there are multiple rounds of games. So how do teams make the playoffs? How do they advance? Well, it’s actually quite different than the NHL in a few key ways.

First, and most notable, is that the Calder Cup Playoffs, similar to the MLB Postseason, start with a best-of-five series. It’s first to three wins to advance. After that, the rounds switch to best-of-seven.

The second key difference deals more with the travel aspect of the playoffs. In the NHL game schedules are pretty much known as soon as you know who is the higher seed. This isn’t always the case in the AHL. Due to the arena sizes and pre-existing events, sometimes AHL teams will be forced to adjust who is home when.

The home scheduling is also reminiscent of Major League Baseball with games more likely to be on consecutive days. Another wrinkle you see sometimes with AHL travel is not limited to the playoffs. When they say “ride the bus” they mean it. Last weekend, Lehigh Valley played in Wilkes-Barre before busing overnight to a game in Bridgeport. A few years ago, Wilkes-Barre played the St. Johns IceCaps in the Calder Cup playoffs and every time they changed venues both teams traveled together. Imagine the Pens and Caps traveling between D.C. and Pittsburgh…that would not end well.

Finally, there is the use of points percentage in the AHL. The American Hockey League has expanded in recent years. Due to this, there have been issues of unbalanced schedules. To mitigate this, in 2018 the playoffs were driven entirely by points percentage. This year, they will be using points percentage to determine home and away seeding.

Why is it raining teddy bears?
Minor league sports teams are well-known for their zany antics and theme nights. In the AHL, there are legions of Star Wars nights where teams work directly with designers from Star Wars and get approval on unique jerseys. There are also ugly Christmas sweater jerseys, St. Patrick’s Day jerseys, You Can Play Night jerseys and more. In the NHL there are strict rules about jersey usages and how many a team may have. The AHL doesn’t have this issue and so instead of fun warm-ups, you are more likely to see a fun jersey worn all game.

Two other very notable AHL (and Major-Junior) events are the annual Teddy Bear Toss and Pink in the Rink. Teddy Bear Toss helps get toys donated for charity by having fans bring and toss teddy bears onto the ice following the teams first goal of a selected game.

This example is from the WHL but definitely shows it the best:

The final event happens later in the season and it’s called Pink in the Rink. The event, which usually takes place in the winter, sees AHL teams and their fans join in the fight against breast cancer. And Yes, they paint the ice pink for this event.

But level with me, is the hockey any good?
The idea of minor league hockey in a lot of people’s minds is lower-quality games that lack a lot of the flash of the NHL. This is wrong. The hockey is great. Remember, these teams are in the same league and while some are definitely better than the others (See: Toronto Marlies 2018) there is a chance anyone can win on just about any night. The game is slightly slower but not to the point you’d notice unless you’re looking for it.

It’s not less than the NHL in any way except maybe in the team budget sense. Minor league games feature way more zany sponsorships than the NHL but that’s what makes it fun. And, like Wilkes-Barre/Scranton Penguins fans did in 2015 and 2016, you often are the first to see some great players on their way to the NHL.

The entire winter before Jake Guentzel was a Pittsburgh regular calls of “Jake! From State Farm!” were rampant at Mohegan Sun Arena at Casey Plaza. Matt Murray’s shutout numbers in Wilkes are still so absurd you almost think they’re a typo when you read them.

So check out a game on AHLTV this year or better yet, in person! It’s fun, it’s not that expensive, and you can see future Penguins like Sam Lafferty play future Anaheim Ducks forward Troy Terry.