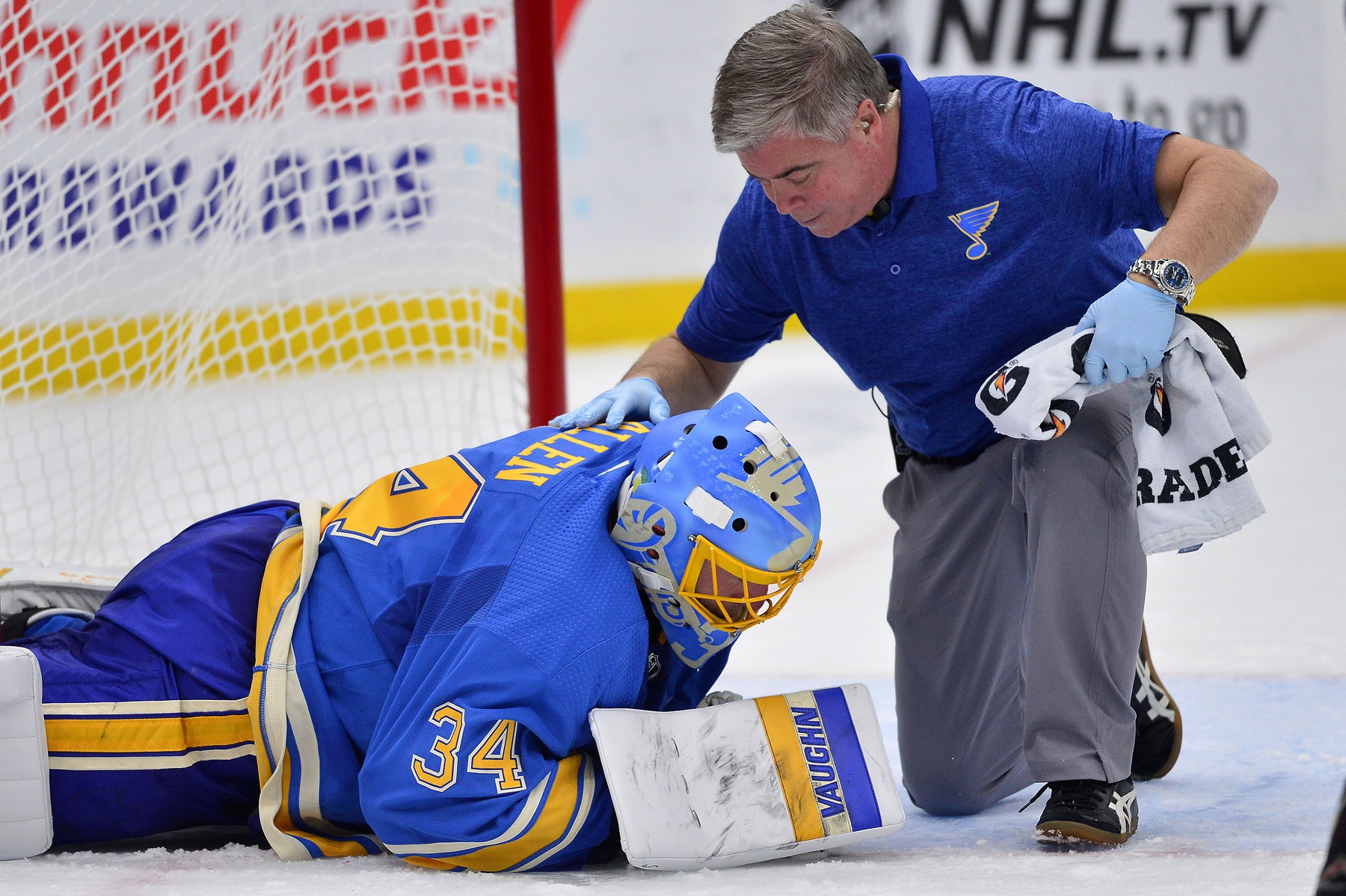 Hopefully Ville Husso didn’t unpack. The St. Louis Blues have sent Husso back down to the AHL after calling him up just a couple days ago. The good news here, depending on who you ask, indicates that Jake Allen‘s injury isn’t too serious.

Previously, Allen was listed as day-to-day after a nasty collision with Zach Sanford that forced him to leave early against the Chicago Blackhawks. Now, it appears he’s healthy enough to play or to at least back Chad Johnson without any major concerns.

Allen said he's ready to go Thurs, but does not know if he's starting against Vegas. Said he did go through concussion protocol.

Though Allen’s 3.99 GAA and .874 save percentage are a whole other topic worth ranting and getting sad about, the Blues would have been in a really tough spot if his injury required significant time. Putting your season on the back of Johnson and Husso is a risky proposition, especially when the defense looks like a confused group. Even the biggest Allen critics shouldn’t feel comfortable with that duo for a large chunk of the season.

Speaking of Husso, it’s not like he’s having better luck down in the AHL. He currently holds a 3.19 GAA and a .887 save percentage. Is there some sort of unwritten rule requiring Blues goaltenders to have a 3+ GAA?