Should the Astros bring Nathan Eovaldi into the fold? 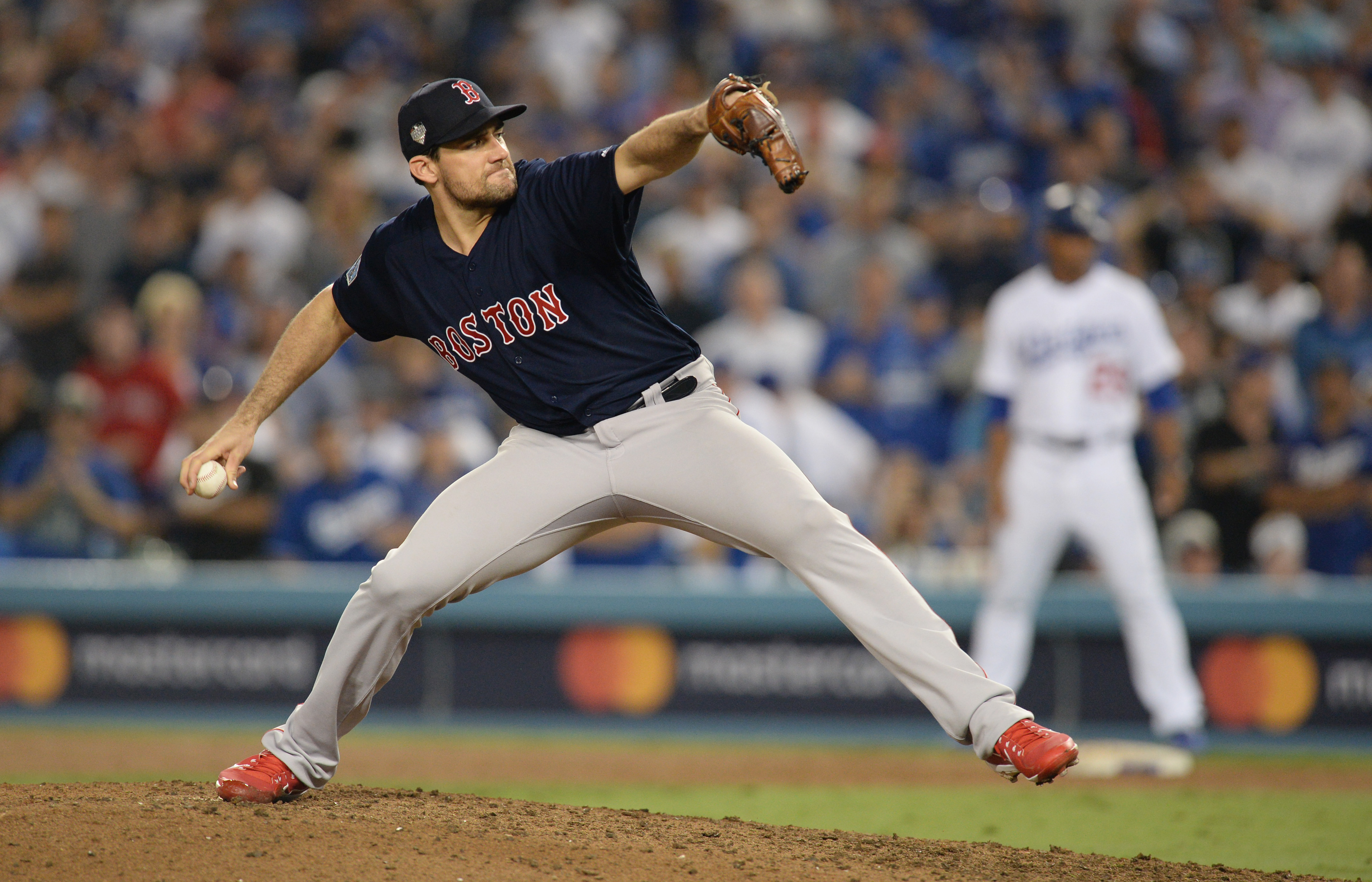 Should the Astros bring Nathan Eovaldi into the fold?

When trying something new, you never know what you are going to get. Whether that is a new hairstyle or picking up a free agent, there are risks and rewards for everything. In regards to the latter, the Astros have a lot of thinking to do in regards to starting pitching.

Two key pitchers for the Astros are currently free agents; Dallas Keuchel and Charlie Morton. The former CY Young winner in Keuchel had a down year, sporting a 12-11 record and a 3.74 ERA. On the other hand, Morton is entering 2019 as a hot commodity. He went 15-3 with a 3.13 ERA, providing some more sizzle to his fastball after recovering from Tommy John surgery.

The Astros might have to pick one to stay, even as Josh James becomes a future force to be reckoned with. With James and a few young prospects waiting to debut, the former defending champions have a need for another electric arm. One of those happen to be available in Nathan Eovaldi.

After recovering from a second Tommy John surgery, the Rays gave Eovaldi a chance this season. In ten games with Tampa Bay, the righty had a 3-4 record with a 4.26 ERA. He managed to strike out 53 batters while walking eight. Traded to the Red Sox in July, Eovaldi’s second-half surge got people talking. In 12 appearances (11 starts), Eovaldi had a 3-3 record with a 3.33 ERA, striking out 48. His combined ERA for the season ended up being 3.81 but he was brilliant during his time with Boston.

Eovaldi ended the season in the top ten in fastball velocity with 97.1 MPH. For him to do that that after two surgeries is remarkable. In September, Eovaldi had an astounding 1.35 ERA in five appearances. That streak ended up continuing in the postseason, where he became a hero of sorts.

While the Astros’ starters faltered in October, Eovaldi shined bright. After pitching seven dominant innings against the Yankees, he added another six against the Astros. Eovaldi added value as both a starter and reliever in the World Series. He had two one-inning relief appearances, mowing down the Dodgers. Let’s not forget about the 18-inning game three, where he took over the 12th inning. In six innings he struck out five before allowing a walk-off home run. He was praised for his efforts, regardless of the loss.

While there are questions whether he can produce the same results as this past season, there is more reward than risk. Players grow stronger after a Tommy John year. Two might scare people, but the Astros are used to taking risks. One top MLB insider believes that Eovaldi in Houston just makes sense:

"Nathan Eovaldi and the Astros would be a perfect fit." –@Buster_ESPN

The Astros took a chance on Gerrit Cole and it seemed to work very well for them. Morton shocked the world with his resurgence. A two/three-year deal would not harm Houston, as anything is possible.

Do the Astros want to remain relevant when it looks like a team like the Red Sox are going to be leading the pack for years? Signing one of the hottest free agents out there today will be the perfect start to ring in 2019.