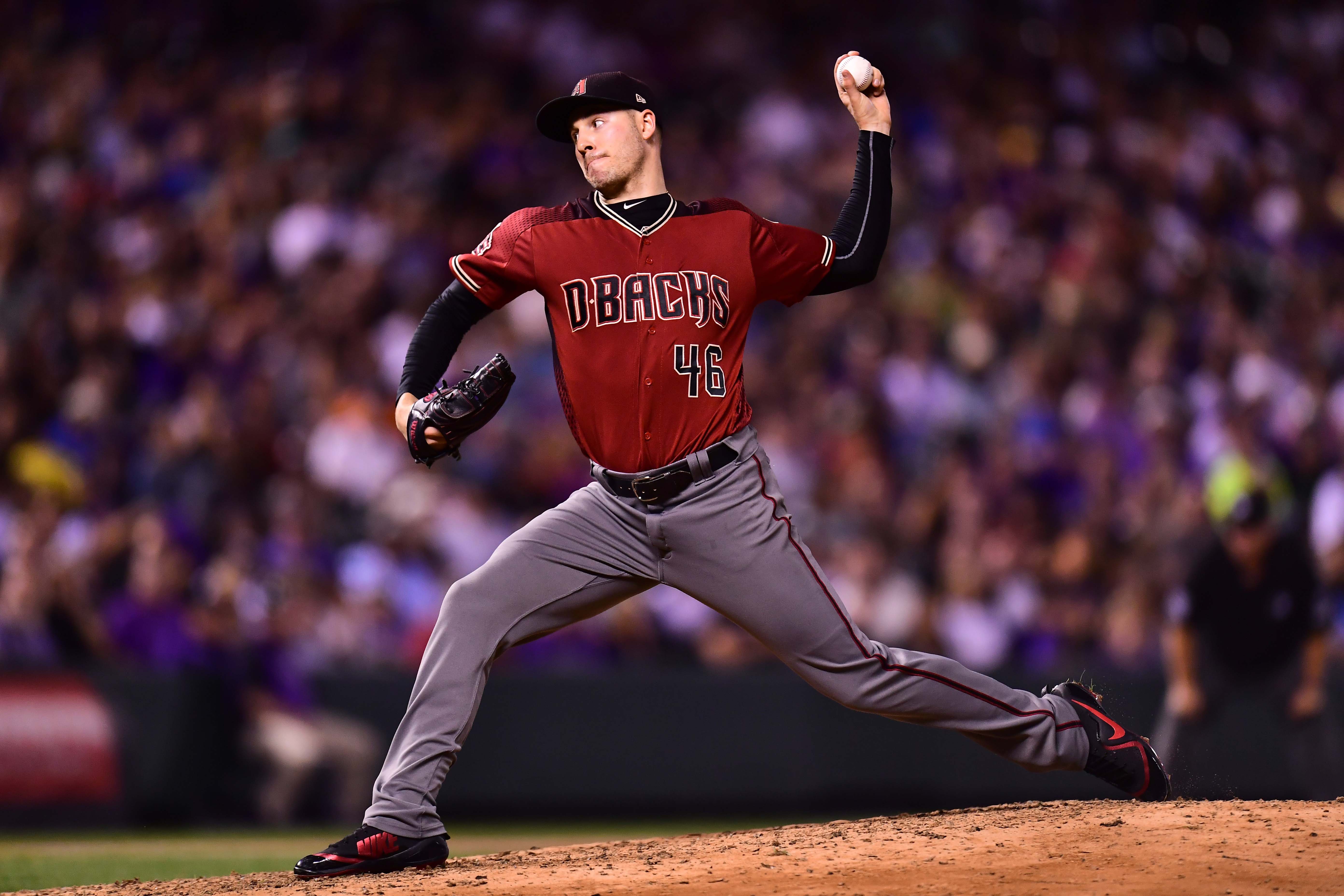 Newly-minted free-agent starting pitcher Patrick Corbin can attest to the old adage that timing is everything. After all, he picked the perfect time to post a career-high 6.3 fWAR campaign with the Arizona Diamondbacks.

He’s not only been extended a $17.9 million qualifying offer by the Dbacks, but it’d also be shocking if he even gave the slightest bit of thought to accepting it. Corbin is viewed as one of the top starting pitchers on the open market this winter, with MLB Trade Rumors predicting him to pull down a contract north of $100 million.

In fact, the only players they have ranked ahead of Corbin are some dudes named Bryce Harper and Manny Machado. So he’s in some good company. Like most things in baseball, though, the southpaw went down quite a long road to be in the advantageous position he’s currently in.

The Quick Rise Before Facing a Detour

After throwing 107 innings during his rookie campaign with Arizona in 2012, Corbin looked to be a budding star the following season. His first full year in the big leagues brought a 14-8 record with a 3.41 ERA, 3.56 SIERA, 20.7% strikeout rate, and 6.3% walk rate in 208.1 innings. That effort led to his first All-Star selection, but he eventually got bit by the Tommy John epidemic before getting any true momentum going, forcing him to sit out all of 2014 and throw only 85 innings in 2015.

Corbin basically lost two years of crucial development time (his age-24 and age-25 seasons) due to this injury. We’re often used to pitchers coming back and being just as good as they were before such a serious surgery, but it doesn’t always work that way.

This also led to him spending time in the bullpen, as he accumulated 12 relief appearances. He’s come a long way from that season to now being one of the winter’s most coveted free-agent starters. This is also when the upward trajectory began.

The Long Road Back to Dominance

Check out how Corbin’s numbers in various categories have been trending since that rough 2016 season.

I’m doing some cherry-picking, but literally every single one of these stats have consistently gone in the right direction. One of the biggest changes we saw in how Corbin operates resides in his pitch mix, and more specifically, the usage of his slider.

Corbin threw his slider at a career-high 41.3% clip, while his fastball usage (48.6%) and changeup usage (1.1%) shrunk down to career-low rates, along with instituting a curveball for the first time (9.0% usage). The slider got a lot of attention, though, and for good reason. Among qualified starters, the southpaw’s 2.08 value on a per-100-pitch basis (per FanGraphs) was tied with Jacob deGrom for the eighth-best slider in baseball.

Just about everything we’ve seen from Corbin over the past year is a positive. Although the rate at which opposing hitters are making contact has dwindled, it’s worth noting that he did allow hard contact at a 41.7% clip.

The most obvious suitor at the moment via free agency is the New York Yankees, along with the Cincinnati Reds recently being rumored to have interest. This drastic — albeit gradual — change in pitch mix helped show that his ability to suppress homers could be sustainable, but these two potential destinations in particular would test that to the max.

Great American Ball Park and Yankee Stadium were two of baseball’s top six stadiums with regard to home-run factor in 2018, according to ESPN. For some perspective, Chase Field ranked all the way down at 19th. Again, this isn’t to say the changes Corbin made can’t or won’t hold up, but his eventual destination for 2019 (which is unlikely to be Cincinnati) and beyond may show exactly how sustainable it is. That’ll especially be the case if his hard-hit rate allowed doesn’t budge much.

However, any way you slice it, the southpaw’s timing for a career year couldn’t have been better. Wherever he lands, he’ll get paid handsomely for his services. Judging from the long road it took him to get here, he’s earned every bit of what that next contract brings.