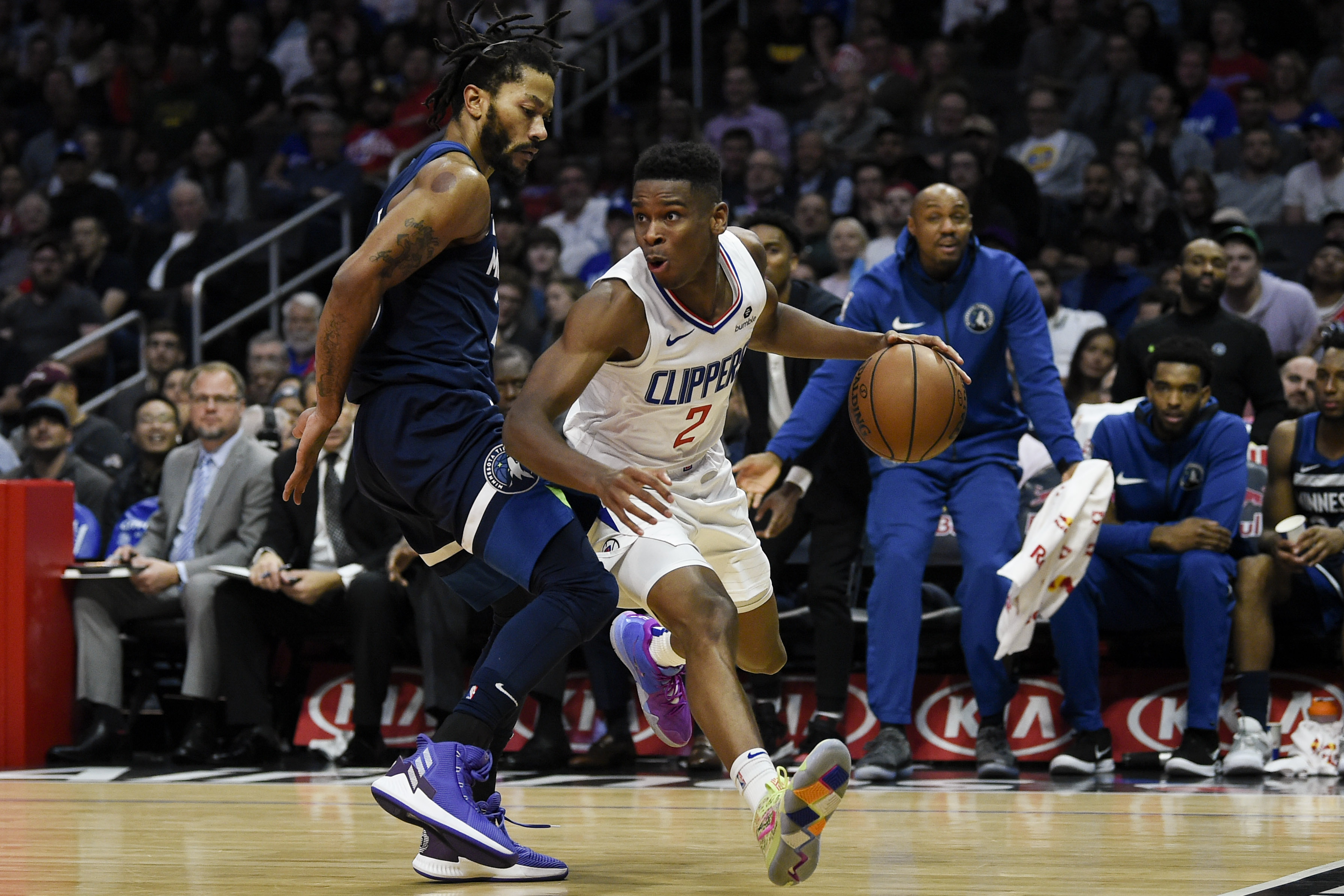 It was the tenth game of the season for the LA Clippers, but the first NBA start for rookie Shai Gilgeous-Alexander.

The start came due to an ankle injury Avery Bradley sustained in a game against Orlando. While Shai didn’t put up any eye-popping numbers, everything he did was solid and contributed to the victory against the Timberwolves. In his first NBA start, Shai tallied up: 6pts/5asts/3rebs/1stl/1blk. His role is a versatile one on the team, one that will require some time to get comfortable in. Some games he may have to be a primary defender, a scorer, or a facilitator. Clippers head coach Doc Rivers commented on Shai’s debut post game.

“[Shai] was pretty solid. I thought as the game went on he got more comfortable with why he was out there. I thought he made little plays, he made one big shot in the corner, and still what you love about him is that he’s not scared. He just has to play his game.”

As usual, Shai was cool and collective about his first ever NBA start.

“It was a cool experience, obviously. The first NBA start. But I just tried to play the same way, just do everything I can to help my team get the W.”

LA shot 48% from the field, and a blistering 45% (14/31) from three. The three point shooting really saved them in moments where it seemed like they couldn’t stop Minnesota’s offense. The biggest highlight of the game was the assist tally. The Clippers netted 30 assists against the Wolves last night, 2nd most they’ve had all season.

The other highlight of the game was a scuffle between Montrezl Harrell and Derrick Rose. Rose took exception to some of Milos Teodosic’s physical defense and started jawing in his face. Harrell then jumped to Teodosic’s aide, because he knew that Teodosic doesn’t like to engage in banter.

Both Rose and Harrell ended up with technical fouls, and the confrontation ended there.

The next 3 games (Portland, Milwaukee, Golden State) will be incredibly tough for the LA Clippers, and that’s why last night’s win was so important. Each game will be harder than the next, and the win puts them on track to continuously build their confidence.