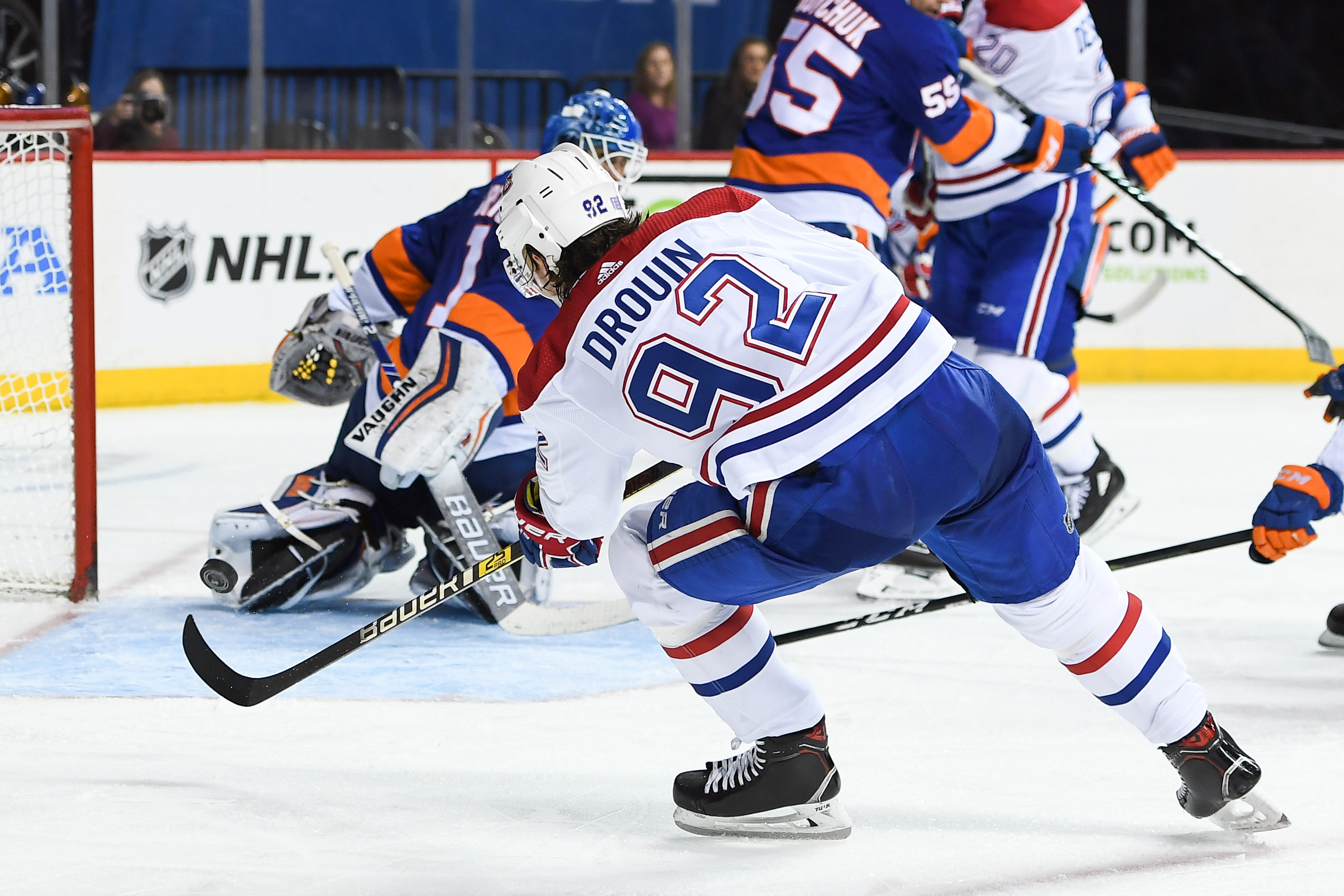 NEW YORK — Before the first question was even done being asked Islanders head coach Barry Trotz let the room know how he felt about the Islanders performance on Monday night.

“We were awful, yes, we were awful,” Trotz said, cutting off the reporter’s question in midsentence. “Plain and simple, the right team won tonight. There’s no question that was our worst game of the year.”

The comment came after the Islanders had their five-game winning streak snapped on Monday in a 4-3 shootout loss to the Montreal Canadiens. The Islanders did pick up a point in the loss and remain in first place in the Metropolitan Division, but it was an ugly night for the blue and orange.

Despite holding a 3-1 lead after the first period and being even in shots on goal with the Canadiens, the Islanders floundered the rest of the game. New York was outshot 25-13 in the final two periods of the game and took three penalties in the second period, one of which cost them a goal.

“We were losing too many battles… We didn’t have it today.”

The Islanders allowed 55 chances against during five-on-five play, compared to the 35 the Islanders generated themselves.

“We have to find a way to bring it together,” said Casey Cizikas, who scored two goals in the loss. “You have to go back to the basics and you have to play simple. You have to tip your cap to them. They were all over us. They were pounding us and we just didn’t have an answer. We have to dig deep and find that when we have those types of games.”

Cizikas scored the game’s opening goal 4:04 into the first period to give the Islanders an early edge, but it lasted less than two minutes before Jonathan Drouin tied the game at one. Valtteri Filppula put the Islanders back in front off his fifth goal of the season at 7:44.

Cizikas notched his second goal of the game at 14:58 of the first period. The Canadiens pulled within one in the second period off a power play goal by Max Domi and they tied the game in the third period after Artturi Lehkonen scored.

Joel Armia won the game in the shootout for the Canadiens.

“We didn’t deserve much tonight,” Anders Lee said after the game. “We had an opportunity to take the two points and obviously let it slip. The regulation win slipped. They were the better team tonight for sure. We were pretty sloppy. We were fortunate enough that Casey (Cizikas), (Filppula), Leo (Komarov), those guys had such a good first. Kind of pop in and give us that lead.

“Greiss holding on as long as he could, but we just weren’t good enough.”