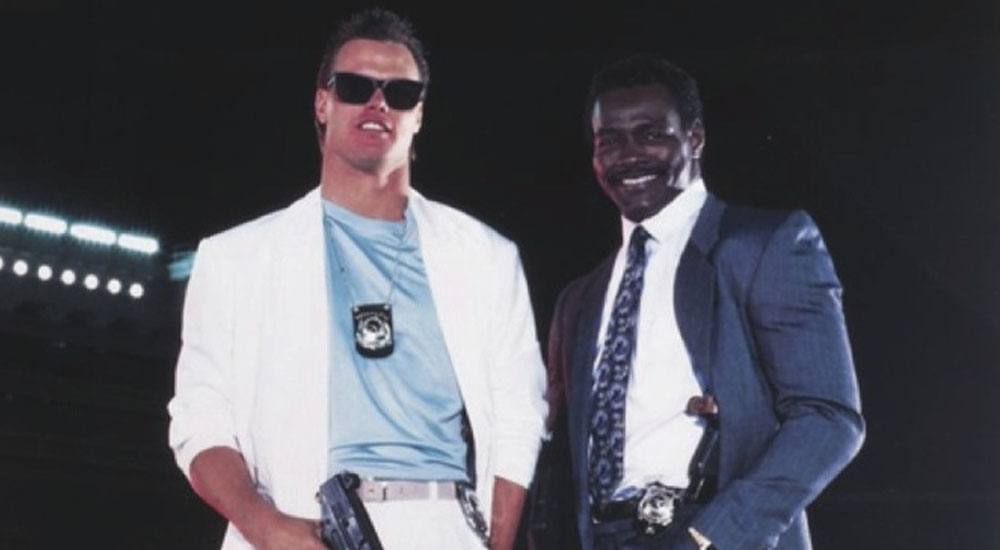 In 1988, brothers John and Tock Costacos helped make Jose Canseco and Mark McGwire larger than life by putting them and their big bats (and even bigger biceps) on the walls of every baseball fan across the country.

But before “The Bash Brothers” got posterized and immortalized, there was a different dynamic duo decorating bedrooms and dorms across the country…Walter Payton and Jim McMahon.

The concept was simple…take two of the NFL’s biggest stars and combine them with one of the highest rated shows on television. But what seemed like a harmless take on “Miami Vice” was far from innocent.

And second, those guns…they weren’t props. They were the real deal.

“We got [to the photo shoot] and Walter had an arsenal of weapons in his trunk,” John Costacos told The Hall of Very Good. “They didn’t want to shoot with the footballs…they wanted to use the guns.”