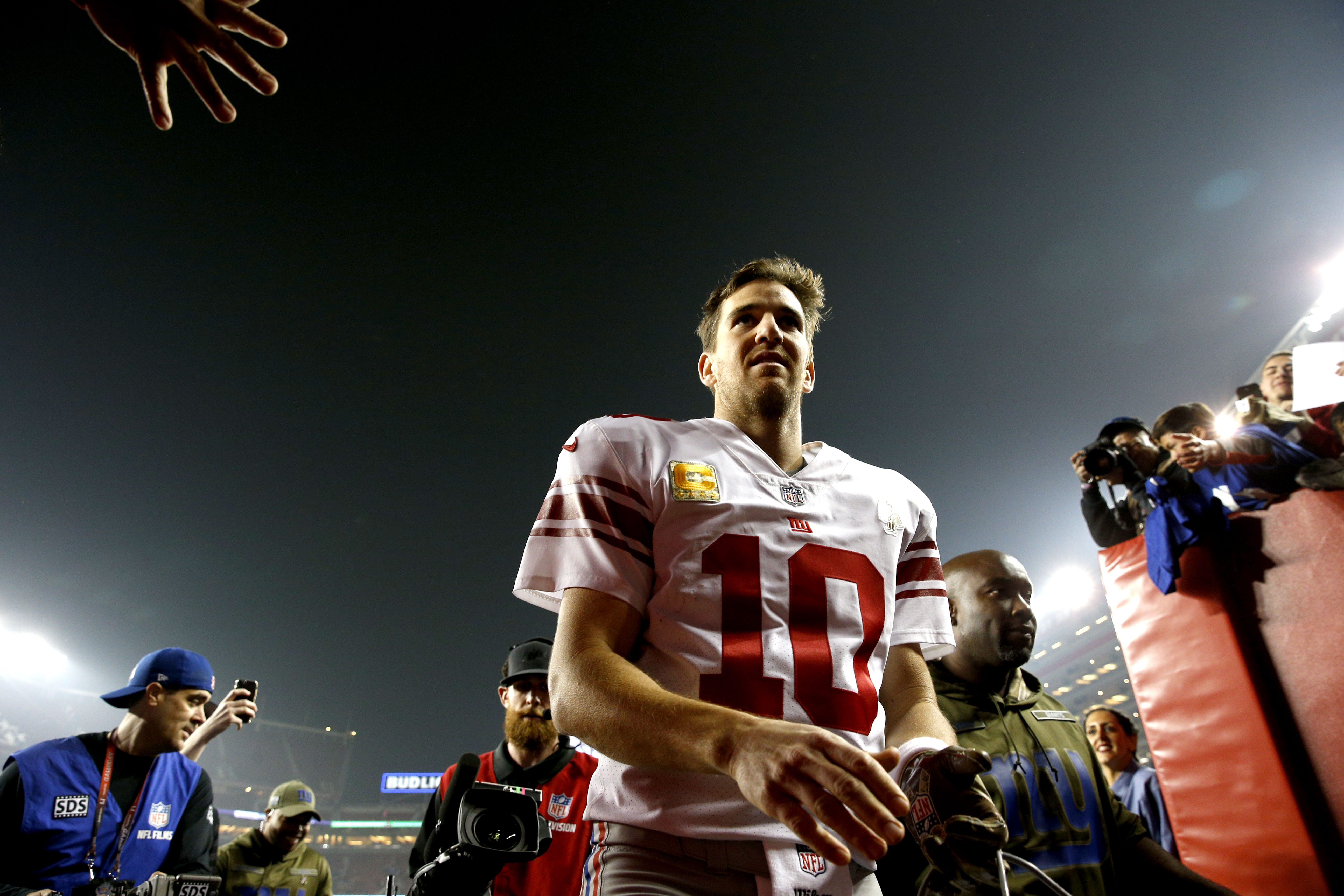 Anyone who tuned into Monday night’s game between the Giants and 49ers saw that 37-year-old quarterback Eli Manning can still sling it.

And not only that, he can lead his team back from a deficit to win games late, which is exactly what he did in the 27-23 win at Levi’s Stadium.

Manning saw his team down by double digits in the second half, but he was never fazed, and never showed signs of letting up. He and his teammates just kept fighting, and it paid off.

The Giants quarterback was extremely efficient in the red zone in the game, and that was how he went on to outduel 49ers signal-caller Nick Mullens. He threw three touchdowns in the game, and did not turn the football over once. He completed 19 of 31 passes for 188 yards, and was only sacked one time — even playing behind an abysmal offensive line which has struggled for the past few seasons.

And Manning came up big when it mattered most. He drove the team down the field on the game-winning touchdown drive — leaving the 49ers with less than a minute to work with — and he showed he can still make the throws when called upon. Manning ranks ninth in NFL history with 35 game-winning drives, and he continues to come up big in the clutch.

It will be interesting to see if the Giants can carry this momentum into Week 11’s matchup with the Bucs. They’re currently listed as a pick’em in the game, and you can get all the tips you need to wager on it here. That popular website also offers great horse racing advice as well.

Manning may call it quits after this season, but given all he’s done for the Giants, he deserves the chance to finish out the 2018 campaign under center each and every game.