Jonny Venters Deserves All the Accolades 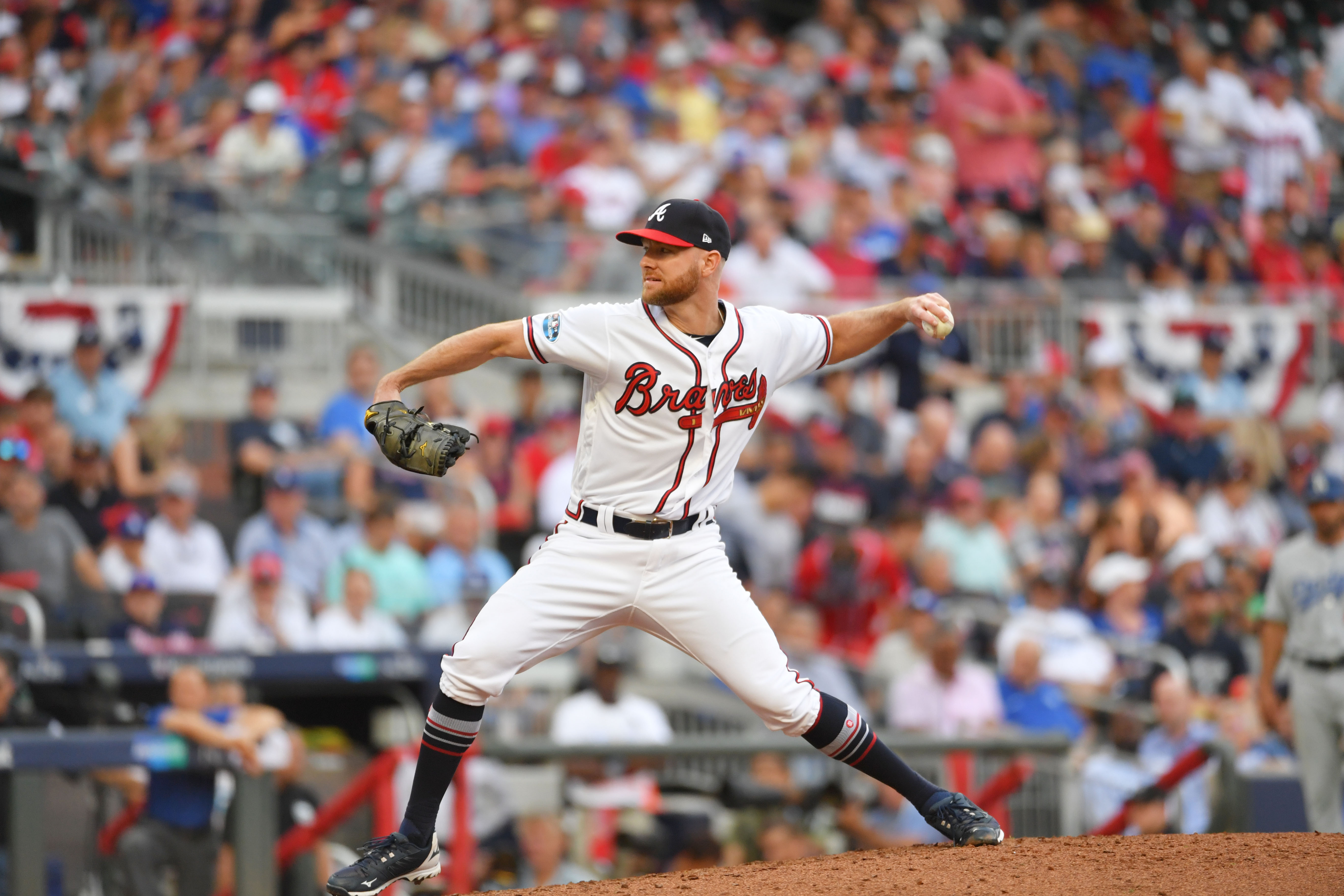 Jonny Venters Deserves All the Accolades

Almost four years to the day that Atlanta decided to move on from Jonny Venters, he was named Comeback Player of the Year after finishing the season with the NL East-winning Braves. If that doesn’t make you romanticize about baseball a little, you should check Cyber Monday deals for a soul.

On a day the Braves added four names to their 40-man roster to protect them from the Rule 5 draft – pitchers Patrick Weigel, Jacob Webb, and Huascar Ynoa along with catcher Alex Jackson – the left-handed Venters knows exactly what it’s like to be on the other side of that plethora of moves. While this year’s squad didn’t need to make room on the 40-man roster for their quartet of additions, on November 19, 2014, the Holy Trinity of Johns (Coppolella, Hart, and Schuerholz) were trying to find spots to protect a cadre of players.

While many of the players they protected ultimately didn’t pan out – the group was led by Jose Peraza and Tyrell Jenkins – the Braves decided to designate Venters for assignment. The often-injured southpaw went under the knife for a third Tommy John surgery in September of 2014 and would miss all of the next season. He had already missed all of 2013 and ’14. It was the end of a dream that only was reinforced a few weeks later when Kris Medlen and Brandon Beachy were non-tendered. Those three, along with Craig Kimbrel, Mike Minor, Jason Heyward, Evan Gattis, Andrelton Simmons, Freddie Freeman, Julio Teheran, and so many others were members of a bumper crop of homegrown talent. They were supposed to be in contention for the playoffs every year. But after Frank Wren’s dismissal following the 2014 wreck of a season, the Braves woke up to a sad reality and began to trade off most of the young talent.

Venters, whose nasty stuff out of the pen made him nearly unhittable as Kimbrel’s opening act, hit the market. There was some thought that Atlanta would bring him back on a minor league deal, but that didn’t happen. The Rays stepped up, offering Venters a two-year deal with the hope that in the summer of 2016, he might help out the big league club with his thrice-surgically repaired left arm. Everything seemed to be going to plan and five appearances into a minor league rehab, he was flashing mid-90’s velocity and everyone was hopeful that he was finally going to get back to the majors.

And then…his left elbow crapped out again. “I thought I was pretty much done,” the southpaw admitted.

It would have been easy to call it quits. Many have called it a career for much less. No one would have blamed Venters if he retired, but that simply isn’t Venters. And fortunately, Venters wouldn’t need a fourth Tommy John, but a different surgery that would give Venters one more chance at making it back. Venters refers to the surgery as a half-Tommy John.

Brought back for another year, Venters logged 23.2 innings in the minors during 2017 while pitching at four different levels. Overall, it was a success with 29 strikeouts and a 2.28 ERA. Though he was back to riding buses and watching dizzy bat races between innings, the 33-year-old Venters didn’t complain. His dedication was an inspiration for his teammates and those around baseball that wondered if they would ever make it back after an injury.

As 2018 neared, Venters prepared for spring training and an opportunity to make the Rays’ roster. He had not pitched in the majors since the 2012 Wild Card Game. That was Chipper Jones’ final game and by the spring of 2018, the third baseman was a few months away from being inducted into the Hall of Fame. When Venters finally appeared for the first time for Tampa Bay on April 25, over 2,000 days had passed since he stepped off the Turner Field mound during what most Braves fans also know as the “Outfield Fly Rule Game.”

Venters was slowly worked into things for the Rays’ pen after throwing a third-of-an-inning on the 25th. But once they started to count on the lefty, Tampa Bay had no problems working him regularly. Roughly two weeks after his debut, he appeared in back-to-back games for the first time. After a day off, he appeared in two more games in two days against the Royals. In the second game, he retired Mike Moustakas and Alex Gordon to end the 8th inning. Rookie Joey Wendle drove in a run to break a 5-5 tie in the next half-inning and after Alex Colome worked a scoreless ninth, Venters had his first win since August 17, 2012 against the Dodgers. If you’re curious, Juan Francisco of all people delivered a walk-off single that day.

The lefty continued as one of the Rays’ most reliable pitchers until getting his first major league start on June 6 as “The Opener” to one of Tampa Bay’s bullpen games. The Nats roughed him up for five runs while Venters recorded just one out. His ERA went from 0.87 to 5.06 in a blink of an eye. Over his next six appearances, he lowered it back under 4.00, but fans of Venters saw an unwelcome sight in the transaction section on June 25. Venters was hitting the DL. Fortunately, if there is a fortunate way to hit the DL, it was a hamstring strain and not another elbow injury. Venters would miss a month before retiring the only batter he faced in his final game as a Ray on July 25.

A day later, for the price of $250,000 in international bonus money, the Braves brought back Venters for the stretch run. The Rays were doing Venters a solid – repaying him for all the positive energy he had brought the organization over the years. The Braves were all-too-happy to capitalize on that energy and Venters quickly became Everyday Jonny again, appearing in 28 of Atlanta’s final 62 games. While he’s lost a couple of ticks off his nasty sinker (still hits 93 mph on average) and his slider doesn’t have quite as much bite, Venters showed that he had enough left in the tank to be a useful part in the Braves’ bullpen. He finished with a 3.54 ERA over 20.1 innings for the Braves and a 3.67 ERA overall. He logged two more saves with the Braves, giving him three on the year.

His season ended with a pair of appearances in the Division Series. He retired the only batter he faced in Game 2. In Game 4, he replaced Mike Foltynewicz to open the fifth with a 2-1 lead. He worked around a walk in the fifth, but stuck around in the sixth. With two outs and a runner on, Yasiel Puig singled off Venters and Brian Snitker opted for Brad Brach to try to finish the inning with two on. David Freese singled, scoring both runs which were charged to Venters. He took the loss, but wasn’t on the mound when the deciding blow was delivered by the Dodgers.

Jonny Venters’ story is one for the ages. It’s an inspiration for anyone who has been beat down so many times and told to just quit. It’s a story that goes well beyond baseball into our everyday lives. Jonny Venters is not only a deserving choice for Comeback Player of the Year. He might be the best choice for Most Inspirational Sports Story of the Year. And if that award doesn’t exist, it ought to.

Congrats Venters and thank you for never quitting.