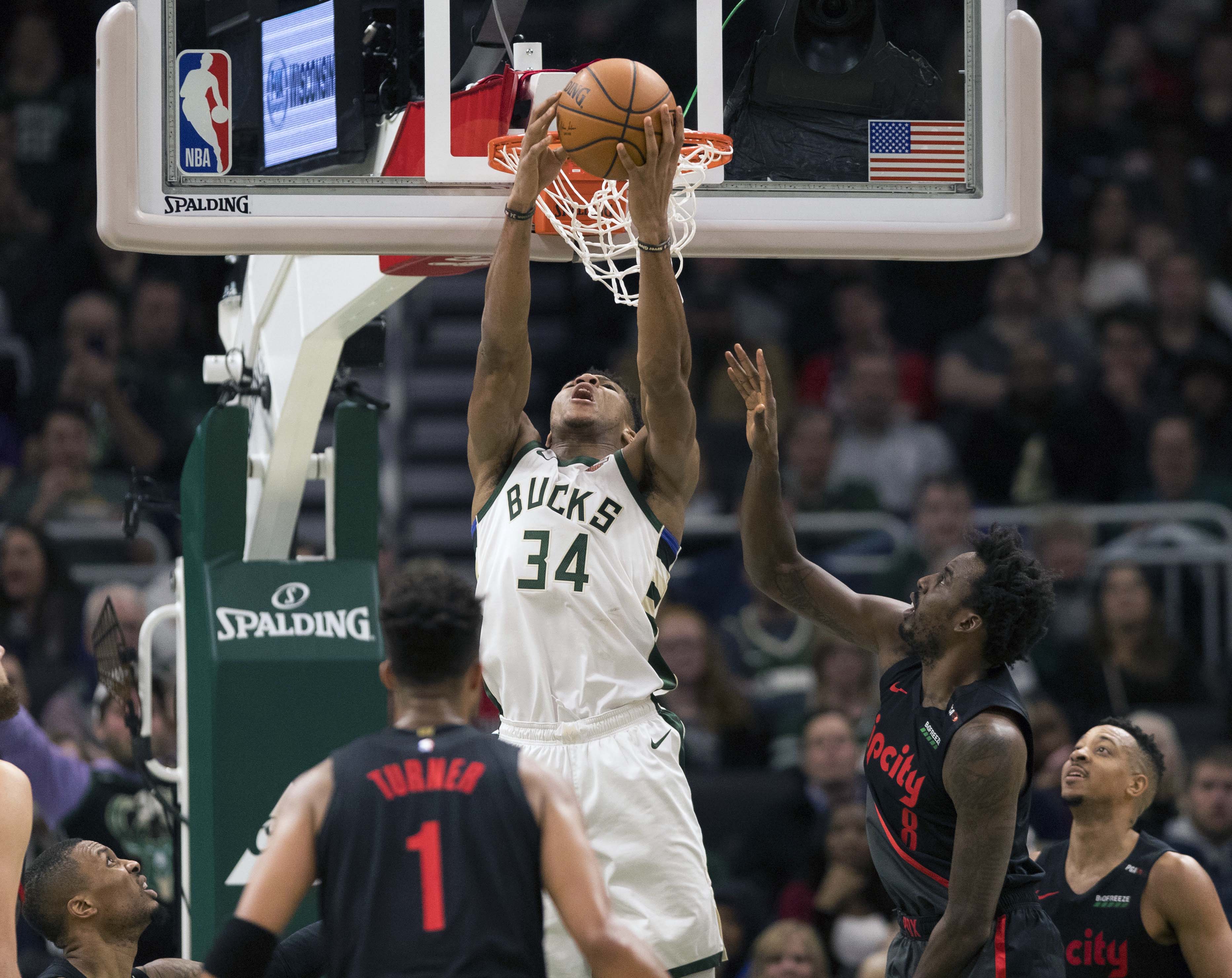 Bucks big man Giannis Antetokounmpo has treated fans with some massive dunks over the course of his career, and the one he slammed home in Wednesday’s game against the Trail Blazers looked like it nearly broke the rim.

Antetokounmpo was essentially doing mop-up duty, as Malcolm Brogdon had attempted a three-pointer, which resulted in an airball. Antetokounmpo was able to recover the loose ball, and he then threw down a massive slam — even while being fouled by Maurice Harkless — which could nearly be felt through television sets.

The Greek Freak gave Harkless a solid staredown as well, which the Blazers forward seemed to be amused by.