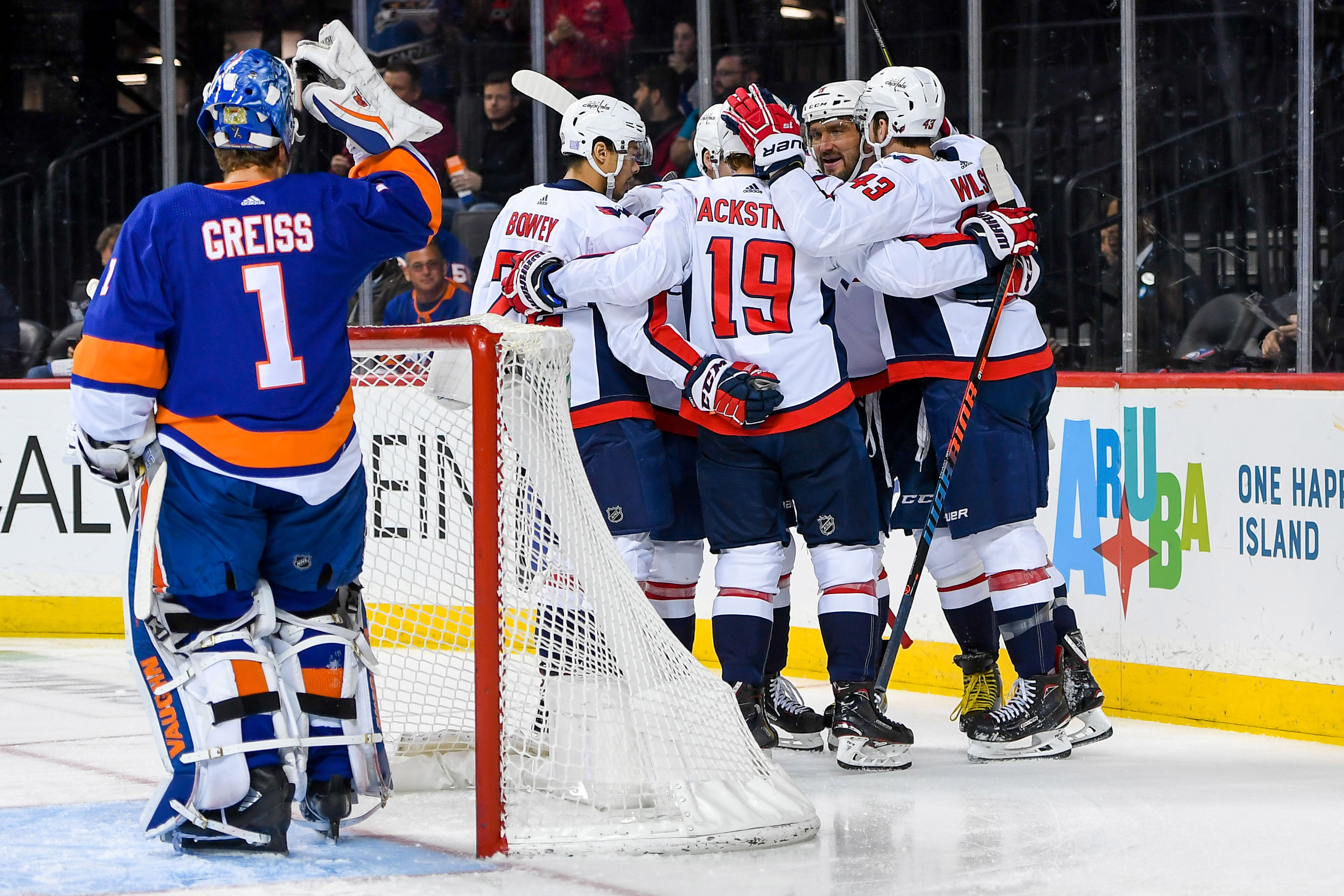 NEW YORK — On a night in which Islanders coach Barry Trotz turned the page on his life as a Washington Capitals, his new team got a look at what could be in their future with the Stanley Cup winning coach.

Before the game, it was an emotional time for Trotz who, along with Mitch Korn and Lane Lambert, received their Stanley Cup rings in the Capitals’ dressing room. After that, it was down to business and what was on display on the ice was a Capitals team that Trotz helped mold, and one that defeated the Islanders 4-1 on Monday night.

“I didn’t really like our first (period),” Trotz said about his new team’s performance. “I thought we were a little tentative. I thought a little too much respect in some ways. I just didn’t like our first… I’ve seen those young men on the other side grow. They hang in there and hang in there. Then you get your chance and you sort of take advantage of it.

The Islanders opened the scoring right out of the gate with Valtteri Filppula scoring 36 seconds into the game, but the Islanders allowed the Capitals to dominate the first period from there on out and the power play failed to convert on four chances on Monday. It was Tom Wilson’s first goal of the game at 2:50 in the first that evened the score and his power-play goal at 14:21 of the third that put the dagger in the Isles.

Nic Dowd scored the go-ahead goal 7:58 into the second period and Alex Ovechkin scored on an empty net in the final minute of the game.

“We were a little tentative to start. Gave them a lot of respect and too much space.”

“They capitalized on a power play, we didn’t capitalize on ours, but we had our chances,” Matt Martin said. “First period we learned a lot from that just the way we came out. We were on our heels a bit, letting them dictate the pace of play and gave them too much respect. In the second and third, for the most part, we played the way wanted to.”

“You come in here after a game like that where you feel like you put yourself in a position to win down a goal in the third period,” Anders Lee said. “With that many power plays it’s obviously a little frustrating… You look at our power play tonight versus the past few nights we’re getting looks. It’s much better. A couple of them we obviously had trouble getting in the zone, but that’s going to happen.

“It looks brutal and it’s frustrating to watch, but we had some good chances tonight.”

On a night in which as much of the focus was on Trotz facing his former team, it was also a reminder of the work that’s still being done with the Islanders. And despite the loss, there was plenty of talk from the Isles coach about the positive direction the organization is headed in.

Even during his speech to his former team when Trotz received his Stanley Cup ring, he hoped the Capitals would have to go through the Islanders to repeat as champions.

“There are some really good pieces, some great people, we’ve got great ownership and wonderful facilities,” Trotz said. “We’re trending in the right direction from a cultural standpoint… There’s some good things happening for us and it’s not going to be easy. As I said winning is not easy and there’s an investment that has to be made night in and night out.

“There’s a lot of stuff we have to learn, but we’re still in that process.”