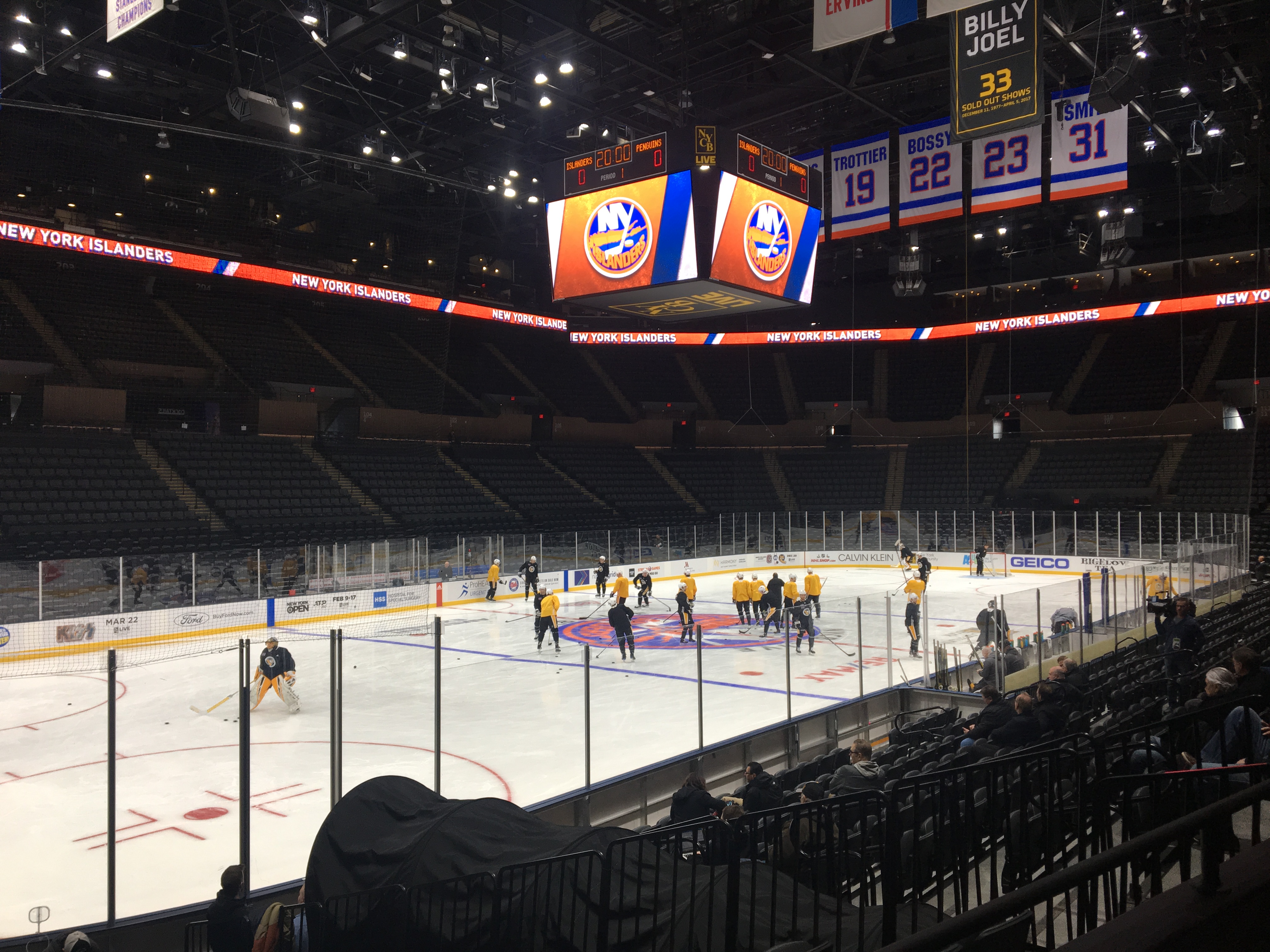 No, not a Long Islander. Rather a Staten Islander, but the 24-year-old New York native had been looking forward to playing at Nassau Coliseum on Monday night. Although, it wasn’t his first time playing at the old barn on Hempstead Turnpike.

“I actually think one time when I was maybe like a squirt we played here in between periods,” Aston-Reese said before the game from the visitors dressing room at the Coliseum. “So to be back here playing in the NHL is pretty exciting. I do have a lot of family coming tonight, so it’s definitely exciting that they get to see me in the home environment.”

While Aston-Reese grew up a Penguins fan — a love he acquired from his father — a trip out to the Nassau Coliseum to see his favorite team play the Islanders wasn’t an uncommon thing. Aston-Reese and his family made it out to Long Island to see a few games and remembered a game from when he was a teenager.

After a $165 million renovation to the building plus an extra $10 million in upgrades for the Islanders, Aston-Reese was impressed with the new-look Coliseum.

“The outside looks different,” Aston-Reese said. “It almost looks like a spaceship now. The inside is really nice too. The locker room is really nice. everything is nice here.”

The Staten Islander also commented that he enjoyed the small atmosphere the Coliseum still offers. Before the renovation, Nassau Coliseum seated 16, 170 and it is now down to 13, 917.

The one cosmetic change that threw Aston-Reese off a bit was the new seats in the building.

“It’s a little weird with the black seats, he said. “You lose the puck a little bit, but I’m sure it will be different when it’s full tonight.”

Monday’s game wasn’t just special for Aston-Reese because he had the chance to play at the Coliseum, it was also his first game in New York as an NHL player. Aston-Reese appeared in games at the Prudential Center in Newark, New Jersey, but had yet to play in his home state in front of friends and family.