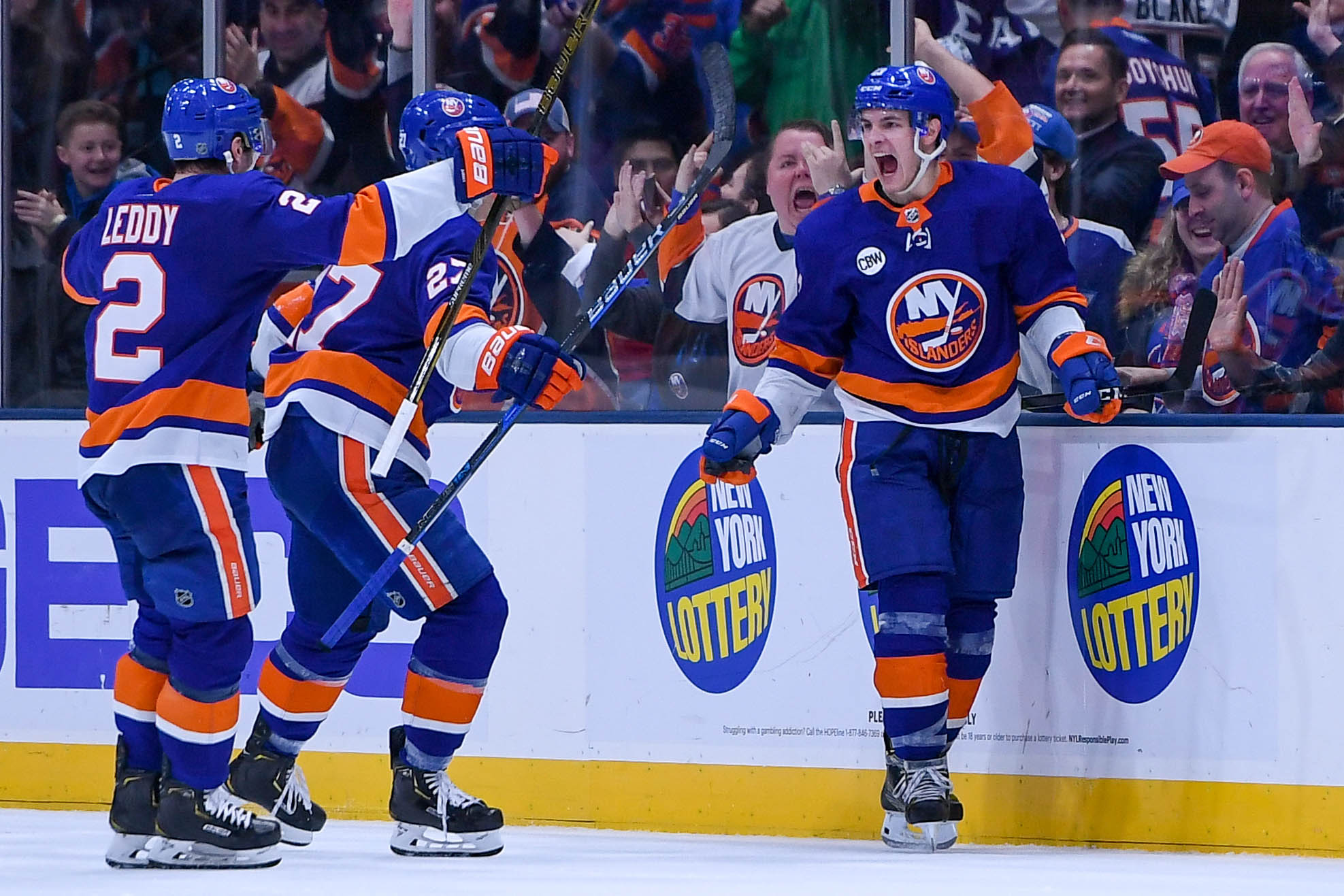 UNIONDALE, N.Y. — You know what they say, the sixth time is the charm.

Well, that might not quite be how the saying goes, but the Islanders put their own spin on it Saturday night as they ended their goal drought on the power play and defeated the Detroit Red Wings 4-3 in the shootout at Nassau Coliseum. Saturday’s win was a 60-plus-minute affair that had its lows and highs for the Islanders, which needed the win before heading off on a four-game road trip out west.

More importantly, however, was the need to snap a power-play stretch that had seen the Islanders go 1-for-their-last-28 chances. And New York was not short of opportunities to break that streak against the Red Wings.

Detroit took five penalties on Saturday before the Islanders finally cashed in on one in the third period.

“We were so due (for a power-play goal),” said Mathew Barzal, whose goal ended the drought and tied the game at two. “Six or seven power plays there just grinding away. The crowd getting restless and we knew we needed to score, and thought we let it slip on the one before that.

“We didn’t think we’d get another one, but we were moving our feet all night and that’s why we got all those power plays.”

Casey Cizikas capitalized on a loose puck to put the Islanders ahead 3-2, which was their first lead of the night, at the 13:56 mark of the third. The lead didn’t hold as Thomas Vanek scored off a tic-tac-toe pass with 1:03 left in regulation.

The Islanders and Red Wings played a scoreless five minutes in overtime and in the shootout Barzal scored the only goal for either side to secure the win.

Anthony Beauvillier scored the Islanders first goal at 11:05 of the first period. It was his third consecutive game at Nassau Coliseum scoring a goal.

“There was lots of adversity,” Islanders coach Barry Trotz said. “I liked the fact that we battled through it all. There was a lot of stuff that could make you quit. Make you get off the rails, sort to speak, get you unfocused emotionally in the wrong way and I thought we were able to stay the course. I give a lot of credit to the leadership.”

There certainly was enough ups and downs for the Islanders that could fill a ballad by Billy Joel, who was honored with a bobblehead on Saturday night. The Islanders had outshot the Red Wings 25-11 through the first two periods,  but still found themselves trailing 2-1 to start the third.

And with three power-play opportunities in the third just minutes apart, the Islanders failed to capitalize. They would get two more in the third before the puck finally began bouncing their way.

“You start getting three and four, and five penalties you don’t think you’re going to get another one,” Anders Lee said. “It can get frustrating, but every time we had that opportunity we were moving our feet and drawing calls. You have to stay positive just in case you do get that next one. You can’t be sulking about what happened.”

The win helped the Islanders keep pace with the Pittsburgh Penguins, who hold third place in the Metropolitan Division and defeated the Los Angeles Kings on Saturday night. It was also a crucial win as the Islanders get ready for their trip out west.