The Outlook on Vince Velasquez in 2019 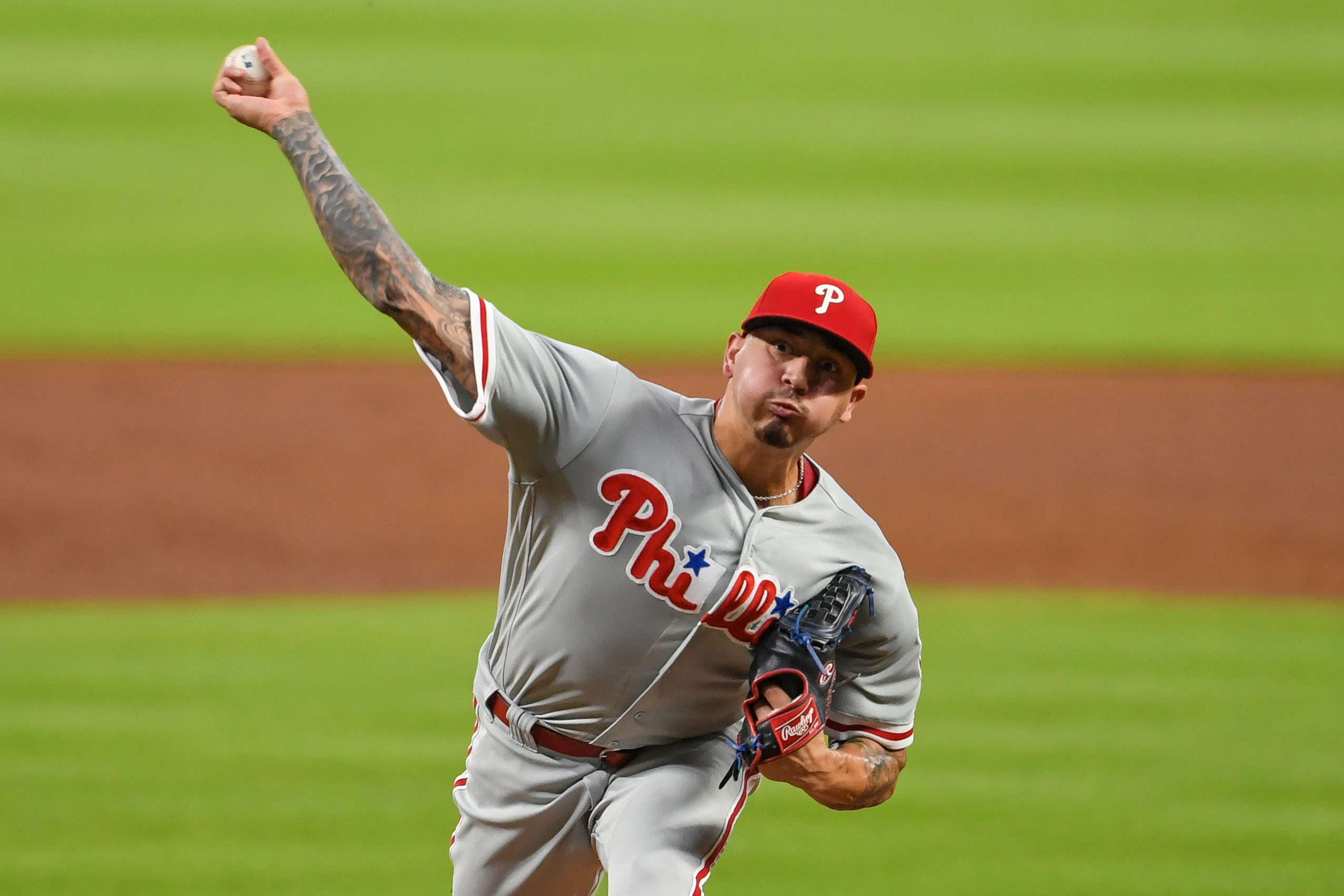 The Outlook on Vince Velasquez in 2019

Outside of the constant connections made to Bryce Harper and Manny Machado, the Phillies have been often linked to starting pitchers this offseason. Although they have yet to acquire any starting pitchers as of now, Dallas Keuchel, Yusei Kikuchi, and possibly Mike Minor remain possible players to switch into a Phillies uniform for next season. Despite the wealth the Phillies have in starting pitcher depth, it does not seem like they are settled on having Zach Eflin as the #5 starter in the rotation. If they do make one move to acquire an upgrade over Eflin, the question then becomes “Do they need another one?”. Nola is obviously going to have a rotation spot, and Pivetta and Arrieta likely are penciled in already, but there does not seem to be a clear consensus as to whether Vince Velasquez can still break out or if he fits best in the bullpen, or if he should continue to have a spot with the team at all.

Velasquez was traded for as a centerpiece in the return for Ken Giles. He already had some limited MLB playing time, but he was considered a high potential starter. His first season with the Phillies was his best, with a 4.12 ERA. He then posted a 5.13 ERA in 2017 and a 4.85 ERA this past season, and not many people see the 26-year-old as having the ceiling of a top-of-the-rotation starter. Understandably, Phillies fans have expressed their disappointment ever since his promising and dominating performance against the Padres in 2016. He is only projected by Steamer to have a 4.41 ERA and 1.4 fWAR, yet there is definitely a good reason to give him a rotation spot for a 4th season.

In 2017 Velasquez performed very poorly, but a large part of that was dealing with injuries. Over the offseason, he got an important surgery done and made important improvements to the usage of his pitches, and that showed to help. Velasquez likely won’t ever be an Ace, but he showed big improvements in his underlying stats in 2018. A big concern coming into the season was his durability, and he posted a career high in games started and innings pitched. His K% jumped by 4%, his BB% fell by over 1%, and his HR/9 fell significantly, going from 1.88 to 0.98. His FIP- was a career-best 91, his SIERA was at 4.00, and his DRA was at a playable 4.20. His xwOBA on the season was very low at .295, compared to a league average .314. Up until September, when he may have been tired from pitching his career high in innings, Velasquez had a 4.05 ERA with a 3.72 FIP. Only 22 starters with at least 100 innings in 2018 matched his K-BB% and HR/9, and all but 5 had an ERA under 3.40, and Velasquez was the only one with an ERA over 4.25.

Velasquez made big changes to his pitch usage rates going into the new, and healthy season. He stopped using his ineffective changeup as much and increased the usage of his slider. Additionally, he made changes mid-season as well, as he picked up a sinker and used it more often than ever. The results regarding the sinker aren’t completely known yet, but he posted career-best whiff rates with the pitch in the 2nd half, possibly thanks to it having better velocity. Velasquez’s sinker usage also seemed to correlate with a higher groundball%, which should help soften the concerns of his past long ball problems.

Although his ERA did not show it, Velasquez appeared to get back into his 2016-form last season. He wasn’t a star in 2016, and his inability to stop left-handed batters or pitch into the 3rd time through the order will stop him from being a star in 2019, but Velasquez certainly seems like a good candidate for a rotation spot out of Spring Training.