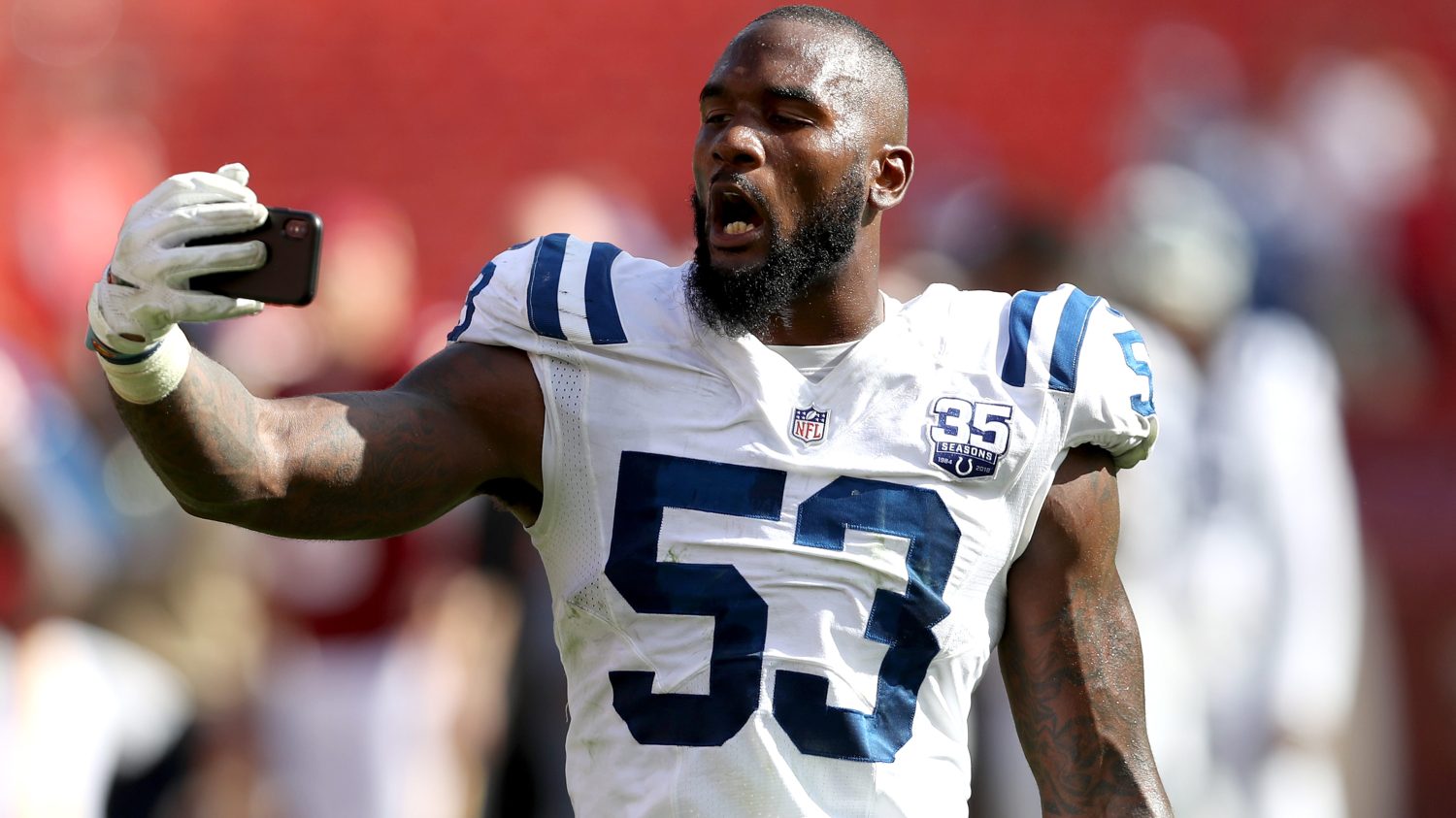 What’s up, Colts fans? The boys are coming off a 23-0 shellacking of Dallas, the most complete team victory over a good team we’ve seen in what seems like years. Next up are the New Jersey Giants, a team the Colts should beat.

Let’s see what’s on your minds…

She actually asked this question last week, but the author never got around to writing, so oops, we’ll use it now.

One good thing? There’s a laundry list to choose from, but I’ll go with this: The Colts dominated a first place team 23-0 in a game where Andrew Luck threw for 192 yards and 0 TD’s. Read that again. If I’d said before the game that Andrew would throw for less than 200 yards and 0 TD’s, then asked who people thought would win, 99% would’ve picked Dallas. And I wouldn’t have blamed them. This is in some way bigger than the actual win, because it proves to everyone that this team can beat decent teams without Andrew having to throw for 400 yards.

The bad…It’s tough to nitpick after a 23-0 game, but I have to answer, right? I thought early on, Dallas really did pretty much whatever they wanted. The Colts couldn’t stop Elliott, and Prescott had time to throw. It’s more than fair to say the Colts dodged multiple bullets.

That said, my answer is losing Al Woods. Look, I’m sure the metrics don’t have him rated very highly, but whatever. The guy shows up and does his job, which is simply to be a big, svelte dude in the middle of the line who clogs things up so everyone else can get the glory. Seriously, how often do you hear his name called? That’s the sign of someone just doing their job, and doing it well.

So…am I to believe that we have an actual defense now? – Stan

That’s the word on the street these days. It’s tough to put a lot of stock into the standard NFL stats, but currently the Colts are the 10th best defense in the league. Absolutely no one expected this. No one. Well, no one outside of W. 56th Street, anyway.

After a shaky start, this unit has turned into one of the best in the league. When Chris Ballard was hired, among the main things he said were: 1) He was going to create depth. 2) They were going to be good upfront, on both sides of the ball. Mission accomplished.

In nearly every game, there are multiple guys making big plays. When’s the last time we’ve seen that? Margus Hunt is a good example. I only remember hearing his name one other time Sunday, but everyone noticed the big play he made on 4th and goal. That type of stuff has been happening a lot, and I love it.

At least for the last few weeks, this defense tackles and pursues better than any Colts team we’ve seen in quite awhile. Look at Kenny Moore’s goal line tackle against Houston. The Hunt play is a good example as well. He just kinda tripped Elliott up, but it was enough to give Matthew Adams the chance to finish it off, and if Adams wasn’t going to cut it, there was other help on the scene.

The way this defense has developed is really a black mark on Charles Pagano – who I am obligated to remind you, has spent his life coaching defenses – and staff on player development.

Lastly, kudos to Chris Ballard for the Denico Autry signing. This is a guy Ballard pursued heavily, solely based on how much trouble Autry caused for Ballard’s teams in KC. He guessed correctly, and Autry has turned his enthusiasm for wrecking teams from the AFC West to the South: Until sacking Prescott on Sunday, his previous 8 sacks had all come against division opponents. Awesome.

I told you I was going to ask you, so tell me: What are the Colts playoff scenarios? – Sara

When you’re in a situation like the Colts currently are – on the outside looking in – it’s the same thing as what you need to do in your own life: Take care of your own business, because you can’t control what others do. For the Colts this means winning your last two games, against the Giants and Titans. You do this and then you let the chips fall where they may.

Beyond that, right now the Colts need Baltimore or Pittsburgh to lose one of the final two games. Take care of your business, and get a little help from either of these two teams, and we’re all yelling like Jim Mora.