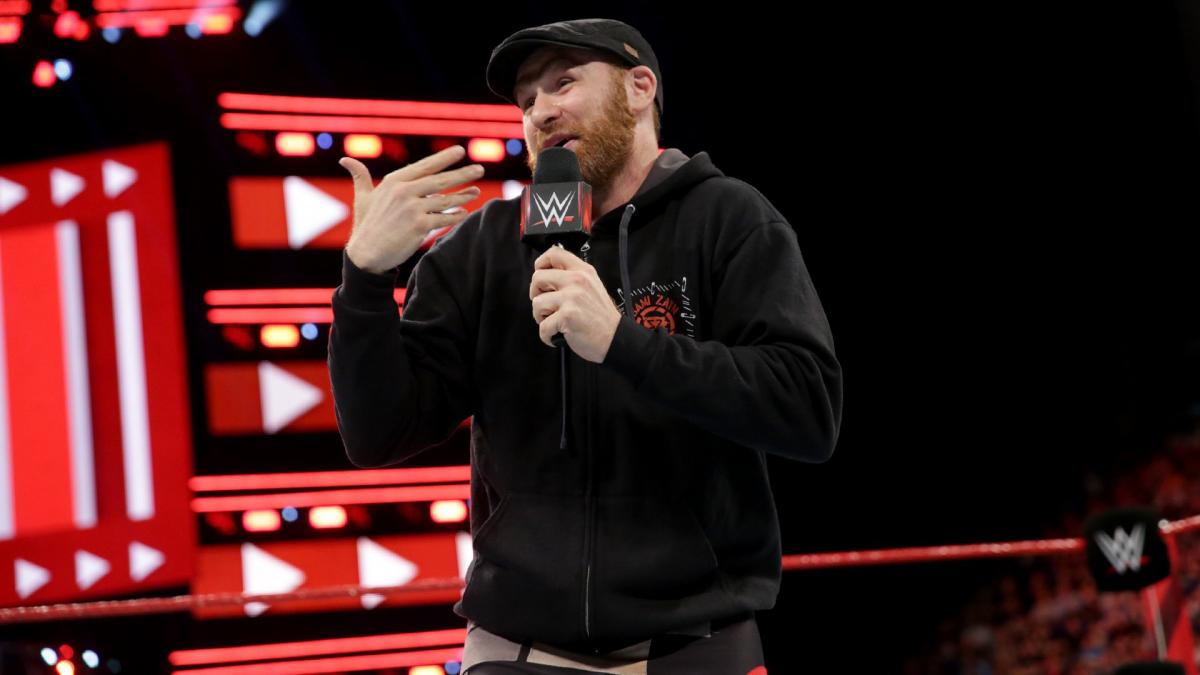 WWE Superstar Sami Zayn recently appeared on Chris Jericho’s Talk is Jericho podcast. Zayn spoke on a variety of topics and one of those topics had to do with the way storyline writers do business in WWE.

That subject has become a hot-button issue online recently, especially in light of Monday Night Raw‘s sagging ratings over the past several weeks. But Sami took the opportunity to defend the writers, who he believes are unfairly judged.

“I just wanna take this time to actually give the writers a little bit of a break. Because you know, they get crapped on the most. People don’t understand how it works there. It’s not the writers, it’s not the agents, it’s not the talent, it’s just something about the system, it works a very specific way. And unless you’re in it, you don’t know. So it’s very easy to sit at home and watch and go ‘why are they pushing this person, why are they doing this?’ Man, it’s harder than you think, Cut everybody some slack, it’s tricky.”

Zayn also said that even approaching Vince McMahon himself with an idea is not the easiest thing to do. But it’s not because of the boss’s attitude or disposition.

“But even if you had an idea and wanted to change it, getting it to Vince, you know, like ‘oh man, well the show’s already–we’re about to go live and that might affect what they’re doing in seg. 6,’ like, it’s a puzzle piece. I’m not putting the heat all on Vince and saying it’s just one guy. No. He factors in a lot of stuff you don’t factor in. I’ve gone to him before with what I thought was a really good idea and he’s like ‘oh but it doesn’t work and here’s why.’ And I go, oh, okay.”

Sami went on to say that he works in a field where people don’t know what’s going on but they still “rip it apart.” But he has to be okay with that, because they just don’t know.

Zayn has been on the shelf since June of 2018 after having surgery on both rotator cuffs. WWE recently announced that Sami is on his way back to Monday Night Raw but the target date for his return is still unknown.