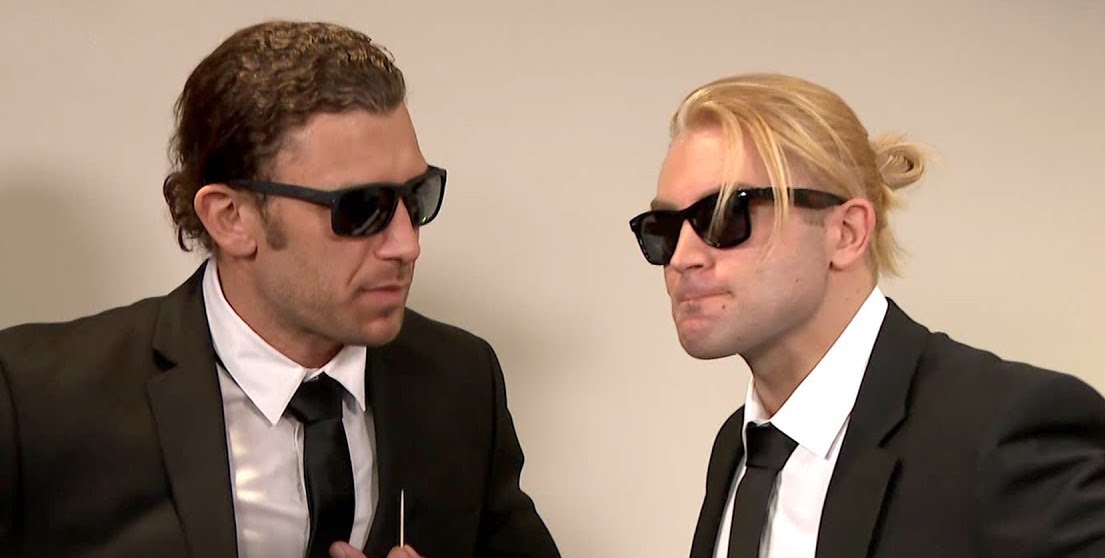 WWE stars Tyler Breeze and Fandango have become popular as an in-ring tag team in WWE, but have found even more success backstage in the popular Fashion Files segments which have spoofed popular crime mystery shows such as Twin Peaks.

One half of the team, Fandango, is currently out of action with a shoulder injury which required surgery, but his return to the ring and WWE TV is expected in the near future.

According to a new report by WWE Network News, Fandango’s return to TV is expected to come sooner rather than later, in the form of a Fashion Files Network special slated to air after the December 24th Christmas Eve special of Monday Night Raw.

The official synopsis for the show, titled Fashion Files: Cold Case Unit, appears to indicate that the series will follow the Fashion Police on their continuing quest to discover who pie-faced Kevin Owens on a 2016 episode of Raw, a “mystery” the Fashion Police team has yet to uncover. The official pilot synopsis is as follows:

The new show appears to be airing towards the tail end of WWE Network’s 12 Days of Hidden Gems Collection, leading up to Christmas, so while the half-hour pilot episode of Fashion Files appears to be the first episode of an open-ended series, this has yet to be confirmed, and it is very possible WWE Network only intends to air the show as a standalone special.

While Fandango has been off WWE TV, his tag team partner Tyler Breeze has kept himself busy making sporadic appearances in NXT. Most recently, Breeze competed in a North American Title match against current Champion Ricochet and came up on the losing end of the bout. No word as this time regarding when Breezango is expected to return to TV, or to which brand the team is expected to return.