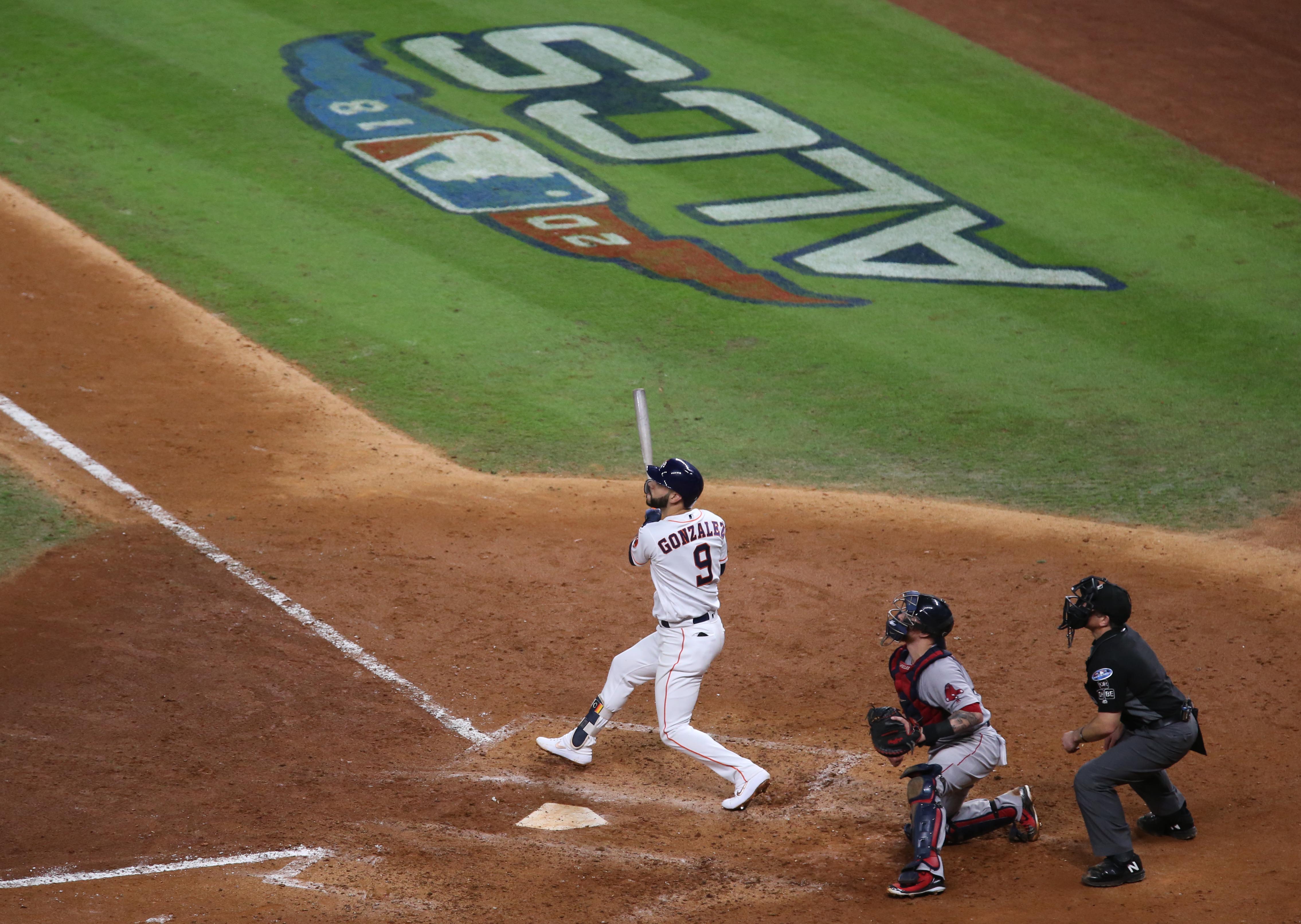 For about 15 minutes yesterday, Marwin Gonzalez was a Brave. Kind of. Okay, he never was a Brave, but he could have been! At least, that was the scuttlebutt according to a since-deleted tweet from Marcos Grunfield M. The account is a well-regarded source of Latin American baseball news with the twitter account @bvenezolano, but may want to confirm some news before tweeting it out if it wants to remain respected. Shortly after Grunfield M. tweeted that the Braves were nearing a $56 million contract over three seasons for Gonzalez, multiple sources quickly squashed the idea – namely Gabe Burns of the Atlanta Journal-Constitution, who said, “The Braves have NOT made any offer to Marwin Gonzalez.”

And thus ended the most interesting rumor in Braves land since the year started two weeks ago. While occasionally we hear whispers of the Braves and J.T. Realmuto, the franchise has been nearly dormant since signing Brian McCann and Josh Donaldson on Cyber Monday. Oh, sure, they did some housekeeping and signed all of their arbitration-eligible players last week. There has been the occasional – and I do mean, occasional – minor league signing or release. The biggest news of 2019 thus far was the dismissal of former scouting director Brian Bridges – along with the man who held the same job for years in Roy Clark – once the Carter Stewart situation was dealt with.

So it’s not a surprise that Braves twitter lost their freaking minds when the Gonzalez news dropped – even if they needed a translator to read Grunfield M.’s tweet. Gonzalez represented something. Even if that something isn’t really the thing the Braves actually need.

I went over Gonzalez earlier this winter in my brief series on free agents. My takeaway was that Gonzalez wasn’t a good fit at the rate of the recently-extended Eduardo Escobar. The latter wasn’t truly an utility player, but did receive $21 million over three years before free agency kicked off. To me, that was too much for Gonzalez for the Braves to spend. As to was the $56 million Ben Zobrist received – the gold standard on what people think excellent utility players are.

But Zobrist wasn’t a true utility player. He was a starter with positional flexibility. At his best, Zobrist was churning out seasons with an fWAR of 8.6, 3.8, 6.3, 5.7, 4.2, and 4.7. From 2009 to 2014, only Miguel Cabrera, Andrew McCutchen, and Robinson Cano had a better fWAR. Not only could he post some tremendous value in the lineup for Joe Maddon, he brought plus value at 2B and RF along with average-to-above average value at the other two outfield positions.

With his success came both his big contract with the Cubs and a notion that every player with positional flexibility and enough of a bat to get playing time was Zobrist-like. It’s not true and Gonzalez is a prime example. People see him and think Zobrist when what they should see is Omar Infante if the latter couldn’t play defense, but could hit a few homers. None of that should be considered a slam on Gonzalez, who was a solid contributor for the Astros as a Swiss army knife. But his positional flexibility was more of a novelty than a strength.

Many super utility players begin their career with the athleticism to play shortstop. Gonzalez is no different, though he didn’t really stick at short. He certainly played the position more than any other, but he was already embracing his utility nature in the minors. When he reached the majors in 2012, he continued to play shortstop over the first few years of his career to little success. He also wasn’t particularly good across the bag at second base, nor at third base. He flashed decent range at first base, but where he played his best defense was in left field. In the way, the more we saw him limited to 1B/LF, the better he looked rather than bring the Astros immense value as a play-everywhere player.

At the plate, he’s mostly been a little better than okay. In 2014, he established himself as a major leaguer and posted a .324 wOBA and 110 wRC+. 2015 and 2018 bore many similarities in offensive value to 2014. I skipped two years if you didn’t notice. In 2016, for whatever reason, his numbers crashed to a .298 wOBA and 89 wRC+. He did hit more grounders that year and pull more balls, but the rates weren’t that noticeable to expect such a drop. No matter, he followed up with his only Zobrist-ian year. At least, at the plate. He slashed .303/.377/.530 with a .382 wOBA and 144 wRC+. That’s worthy of some MVP consideration and Gonzalez did finish 19th in the vote, ahead of Josh Reddick, Alex Bregman, and all but three Astros from that roster. But then he fell back to his more normal levels in 2018.

That’s probably who Gonzalez is. He’ll likely get you around a .320-.330 wOBA with a 108-114 wRC+. That’s not nothing. Players in that range last year include Jean Seugura, Derek Dietrich, and Andrelton Simmons. But two of those guys play a pretty decent shortstop (I’m underselling it a bit) and Dietrich is kind of a funny name to bring up. In many ways, he’s Gonzalez – or at least a poor man’s Marwin. The former Marlin plays all over and isn’t too good at it. Gonzalez is a better player in that he can play a decent left field and is a better athlete, but Dietrich carries a career .329 wOBA and 109 wRC+. Technically, that’s better than Gonzalez, but the latter’s first few years really weigh his numbers down. Brandon Woodworth of 755 Battery Ave. goes more into Dietrich and if you like Gonzalez, perhaps save a lot of cash and go with Dietrich.

At the end of the day, what are you really paying for with Gonzalez? He plays everywhere, just not well at hardly anywhere. He’s a decent enough hitter, though not nearly well enough to make up for his defensive shortcomings at starter-level money. He’s nice to have, but more of a luxury than anything.

In short, he’s the kind of player you sign when you are a team that considers money of little concern.

That team is not the Braves.

But, you might argue, isn’t Gonzalez in left field a better option than Adam Duvall? Yes, he is. And at a certain price tag, Gonzalez becomes a nice addition for the Braves. If you can add Gonzalez on a $5M deal, hey, that’s not too bad. I’m dubious whether his market ever gets to that point, though.

In the end, it was a fun few moments on Twitter yesterday. Hopefully, soon, the Braves will give us a more substantial move to talk about.