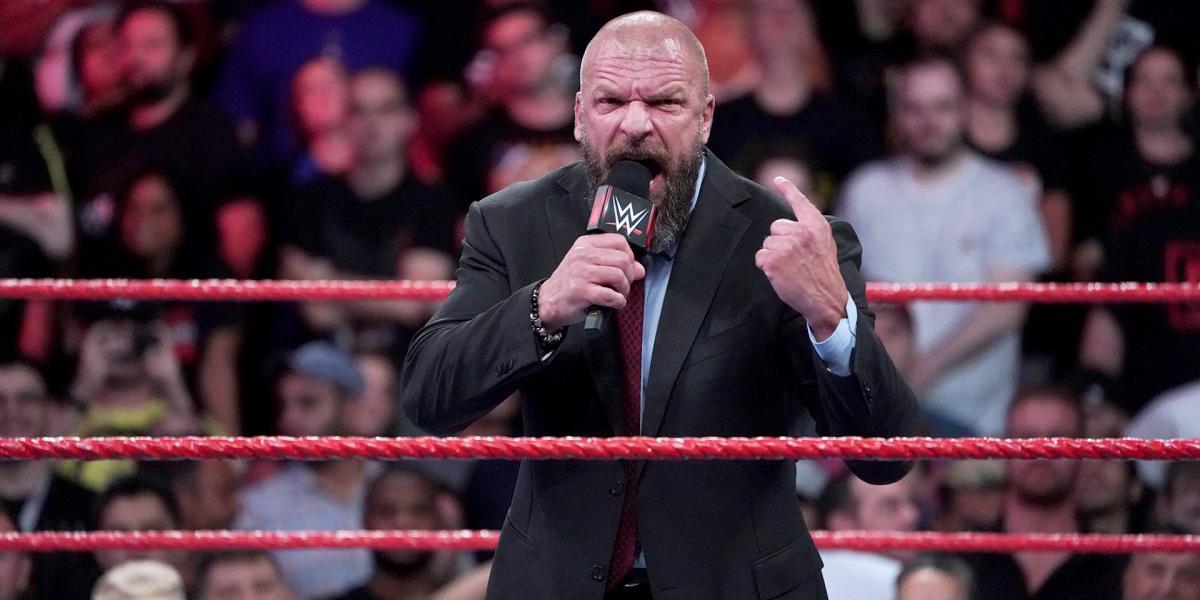 Back at the WWE Smackdown 1,000 special in October of 2018, a returning Batista made headlines in the pro wrestling world when he seemingly laid down a match challenge to his Evolution partner Triple H.

During an in-ring segment on the Smackdown special, Batista told Triple H that The Game had beaten everyone in WWE, except for Batista. Following the promo, leading speculation was that WWE might have been planning a Batista vs Triple H match at WrestleMania 35, considering Batista has been outspoken about wanting to face Triple H at the annual Super Bowl of wrestling.

Ahead of this weekend’s NXT Takeover Phoenix event, Triple H conducted a media conference call, and during the call he provided a big update on his in-ring status.

According to a call report from Fightful, “Triple H says he just got cleared to start training a week ago after his pec injury. Has been doing rehab prior. He says he’s sore from training.”

While Triple H did not mention whether or not he would be cleared to return to the ring in time for WrestleMania, he did not rule out a possible match at the PPV event in April, meaning it’s possible he could still face Batista as originally planned.

The encounter between Triple H and Batista was scheduled at one point to be a co-main event at WrestleMania, but with Triple H suffering the pectoral injury during his match at Crown Jewel, plans were scrapped and Batista’s PPV status was left up in the air.

Should Triple H indeed be cleared to return to the ring in time for WrestleMania, it will be interesting to see if WWE rebooks his bout against Batista, and brings The Animal back to television. Should Triple H not receive medical clearance in time for ‘Mania, it remains unknown if Batista will return to the ring or will wait until the timing is right to face The Game at a later date.