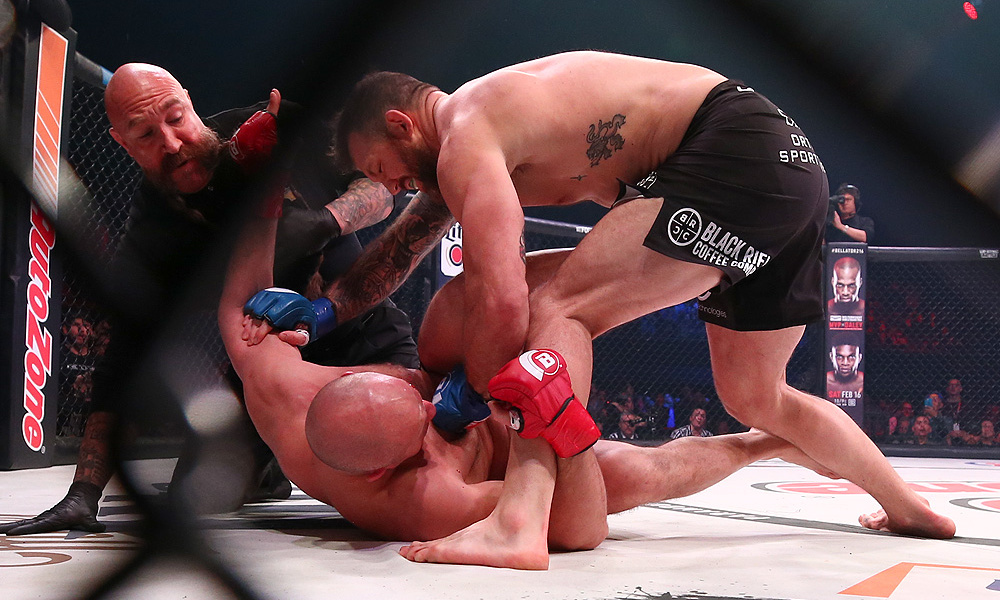 Ryan Bader closed the Bellator Heavyweight World Grand Prix in spectacular fashion at The Forum in Inglewood, California with a quick knockout of the legendary Fedor Emelianenko 35 seconds into the first round.

It took a leaping lead left hook to drop “The Last Emperor” and some follow-up ground-and-pound finished the job. Bader won the tournament and thus became the first Bellator Heavyweight Champion in the better part of two years after Vitaly Minakov dropped the title in May 2016. Minakov returns to Bellator next month against Cheick Kongo and could be the next in line for Bader with a victory. While Bader waits for the division to shape up around him, Fedor likely faces a decision to make about his future in fighting.

In the featherweight co-main event, top prospect Aaron Pico looked to be on

his way to victory against Henry Corrales in the first round, dropping him with an uppercut and unloading in the clinch. Pico went too aggressive to the body in the clinch in the middle of the cage and Corrales put him to sleep with a right hand as he stepped away and Pico had his hands down. Corrales likely puts himself into title contention at the weight, while Pico hits another snag in his development that shouldn’t trouble him long-term.

On the undercard, Jake Hager, formerly Jack Swagger of WWE and pro wrestling fame, made quick work of beginner heavyweight J.W. Kiser with an arm triangle in the first round, showing off his All-American wrestling background in the process. Juan Archuleta defeated Ricky Bandejas 29-28 across the board in a bantamweight contender fight, while Adel Altamimi tapped out Brandon McMahan in the first round with an armbar in the featherweight opener.

-Nolan can be reached at @uwuinnitm8 .