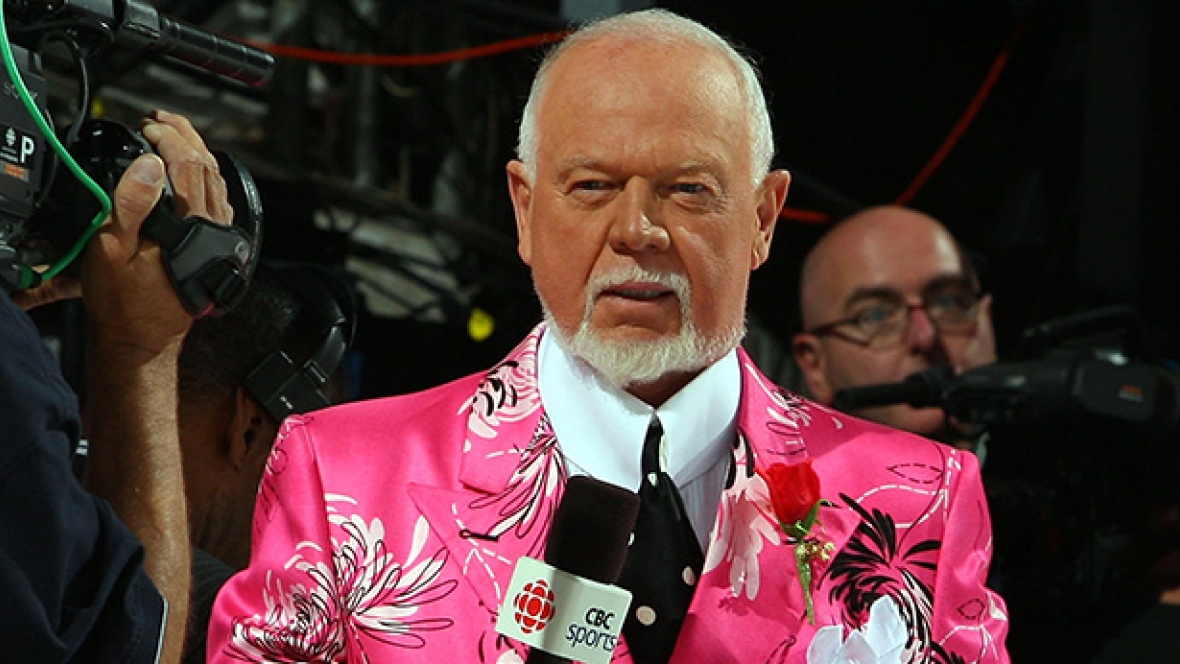 LA Times – In the same sense that Gretzky had a bad day or two, not everything Crosby does is golden and revered.

In a home game last December against the Quebec Ramparts, Crosby skated out from behind the net, flipped the puck onto the blade of his stick and threw it into the net lacrosse-style, a legal move that counted as a goal.

It didn’t do much for opinionated Canadian commentator Don Cherry, who called it a hot-dog maneuver and predicted the Ramparts would seek retribution: “They’re going to grab the mustard and put it all over him.”

The Globe and Mail – Sidney Crosby, the 16-year-old centre considered to be the hottest prospect since Mario Lemieux, was scolded by Don Cherry on Saturday. On his Coach’s Cornersegment during the Hockey Night in Canada telecast of the National Hockey League game between the Toronto Maple Leafs and Ottawa Senators, Cherry called Crosby a hot dog. “I like the kid,” Cherry began. “. . . “But I’ve seen him now after goals. He slides on the ice on his knees.” Crosby’s Rimouski Oceanic defeated the Quebec Remparts 7-1 in a Quebec Major Junior Hockey League game last Friday. Hockey Night showed a video of Crosby scoring a goal. He turned his stick and tipped the puck onto the blade, raised it to waist level and, in a tricky move from behind the goal line, reached forward to drop the puck into the net. “You talk about a hot dog,” Cherry said.

The goal in question:

I realize this whole thing went down 15+ years ago, but there aren’t many things more predictable in life than old hockey guys like Don Cherry getting way too upset whenever a hockey player flashes a little bit of pizzazz. In fact, it goes something like this:

God forbid a hockey player does something unique and exciting every one in a while that could, perhaps, get someone outside of the hockey world interested in hockey. Better yet – imagine if that new fan happened to be a *GASP* basketball fan because he/she saw the play go viral on social media. It might just grow the sport! Wild, I know.

(On second thought, the world might literally end if that happened.)

So I think we can all agree (and by all, I mean anyone who regularly uses the internet since that means you probably aren’t an old bat who has trouble getting their dick hard) that players ought to flash a little more skill every now and then. But if you think just because they can make sweet plays and score nice goals that they can slide on their knees to celebrate, then you aren’t a TRUE HOCKEY FAN.

Which brings us to our next important subject currently threatening the game of hockey. It’s turning into flag football out there!

While attending Providence, he played for the Friars Division-I hockey team

The team was coached by Lou Lamoriello 🦖

Do different types of dinosaurs hang out in the same pack?#FridayThoughts pic.twitter.com/9Sx2LO3WxD

And don’t you even dare think about tweeting, emailing, or messaging Brian Burke at work if you disagree with his correct opinions.

Brian Burke with a subtle message for his opinion haters:

After all, your twitters and tweets are garbage!