Packers Can Still Get Production from Jimmy Graham 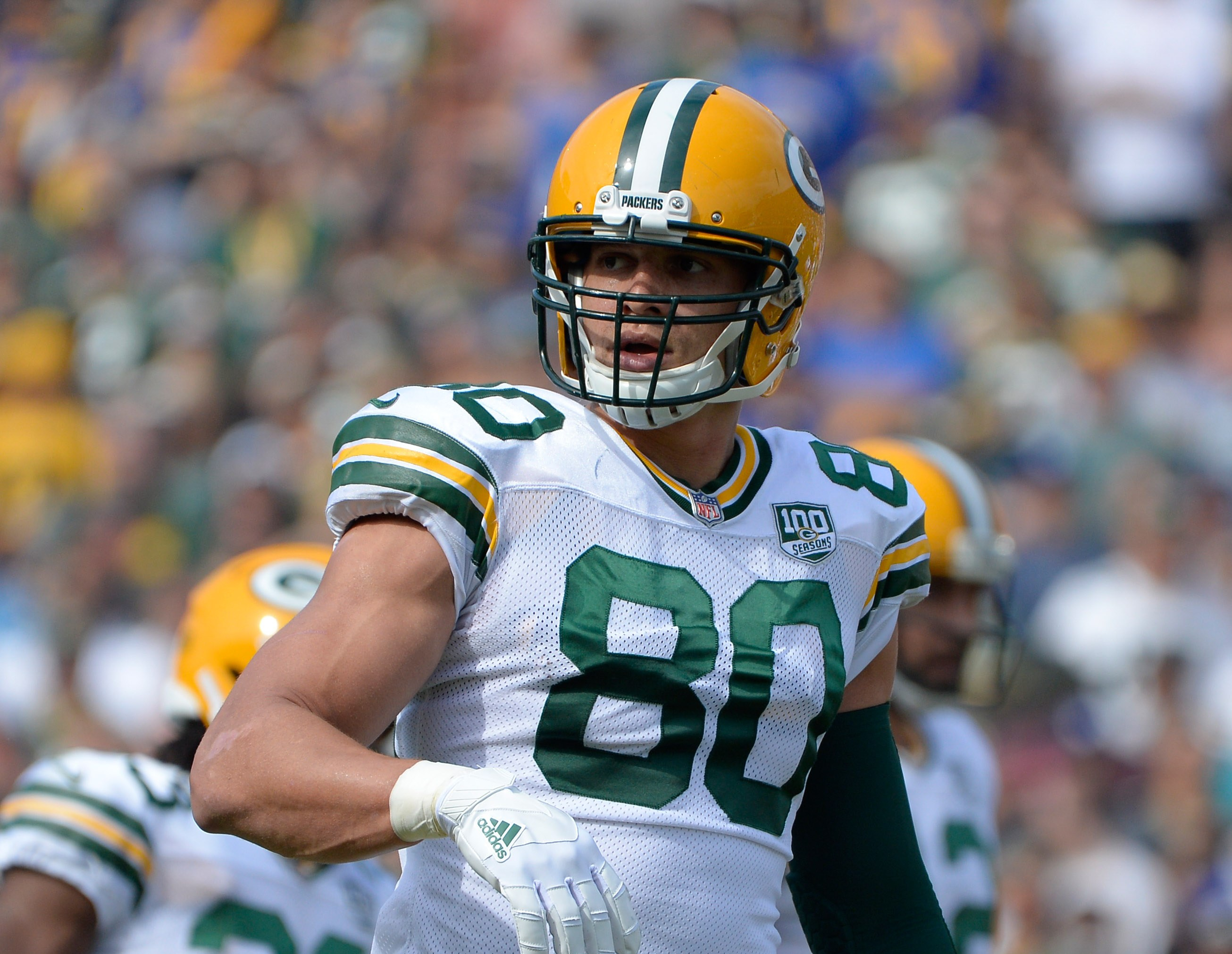 Packers Can Still Get Production from Jimmy Graham

The Green Bay Packers announced that they are bringing back tight end Jimmy Graham in 2019 despite his big contract and disappointing performance in last season. While the decision makes sense, the Packers should understand that they will probably never get the elite player they thought they were getting when they inked Graham to a three-year deal worth $30 million a year ago.

In his first season with the Packers, Graham finished with 55 catches for 636 yards and only two touchdowns. He broke his thumb in November but managed to tough it out and did not miss significant playing time.

The Packers will pay Graham a roster bonus of $5 million on March 15, plus of course, his regular salary for 2019 which will be $3.45 million according to spotrac.com. With bonuses, his total cap hit for next season is expected to be $7.33 million.

Graham didn’t seem to fit in with Mike McCarthy’s offense in his first season in Green Bay. McCarthy called on Graham to block a lot more than expected and that has never been one of his strengths. The former coach also failed to design plays that would scheme the tight end open as part of his offense.

In addition, Graham’s inability to get separation downfield prevented him from filling the role that Jermichael Finley played for the Packers before his career-ending injury in 2013, a down the seam receiver who can stretch defenses.

According to an NFL scout, Graham hasn’t been the same player since suffering a knee injury in 2015. “He hasn’t run as well since the knee injury and he has lost some flexibility in the knee,” the anonymous scout told The Chicago Tribune prior to the start of last season. “At this point in his career, he’s not that electric athlete who has the burst and the separation ability between the 20s…He’s not the quick-twitch athlete that he used to be.”

It is highly unlikely that Graham will recover that quickness or the ability to go deep consistently. What is possible, however, is that the new offense that new coach Matt LaFleur introduces could play more to Graham’s strengths than McCarthy’s system. He should be called upon to block less often and may be able to be more consistent and reliable next season if not more dynamic.

LaFleur has adjusted his offense in the past to maximize the talent of the players he has on his roster. Last season, he originally planned to feature tight end Delanie Walker before he was injured in the season opener.

Graham should still find ways to get open in the red zone because of his size and large wing-span. That should allow him to catch contested balls in the middle of the field to help pick up critical first downs. Even those skills seemed to escape Graham for much of 2018.

Quarterback Aaron Rodgers was hopeful that Graham put up better numbers in the future. “I’d like to start back fresh and see if we can find ways to use him consistently every week, and doing things that he’s really good at,” Rodgers told reporters before the Packers final game against Detroit.

Rodgers also still has confidence in his veteran tight end. “Jimmy and I have known each other for a number of years now, and it’s been great having him,” Rodgers said. “He’s just a really great guy to be around. (He’s) super hard on himself in a constructive, positive way, and always looking to improve. You guys don’t get to talk to him a whole lot, but very insightful, interesting guy as well.”

The 2019 NFL draft is considered deep at tight end. But even if the Packers select a tight end early in the draft, it is rare that tight ends make a significant impact in their first year in the league. Having a veteran presence with a strong work ethic like Graham would be a helpful thing for a young player learning the position and adjusting to NFL competition.

Graham is 32 now, so it’s likely his best football is behind him. He will probably never live up to the original expectations GM Brian Gutekunst had when he signed him last March. But just because he’s unlikely to be an elite player next season doesn’t mean he can’t be a useful weapon for the Packers in 2019.