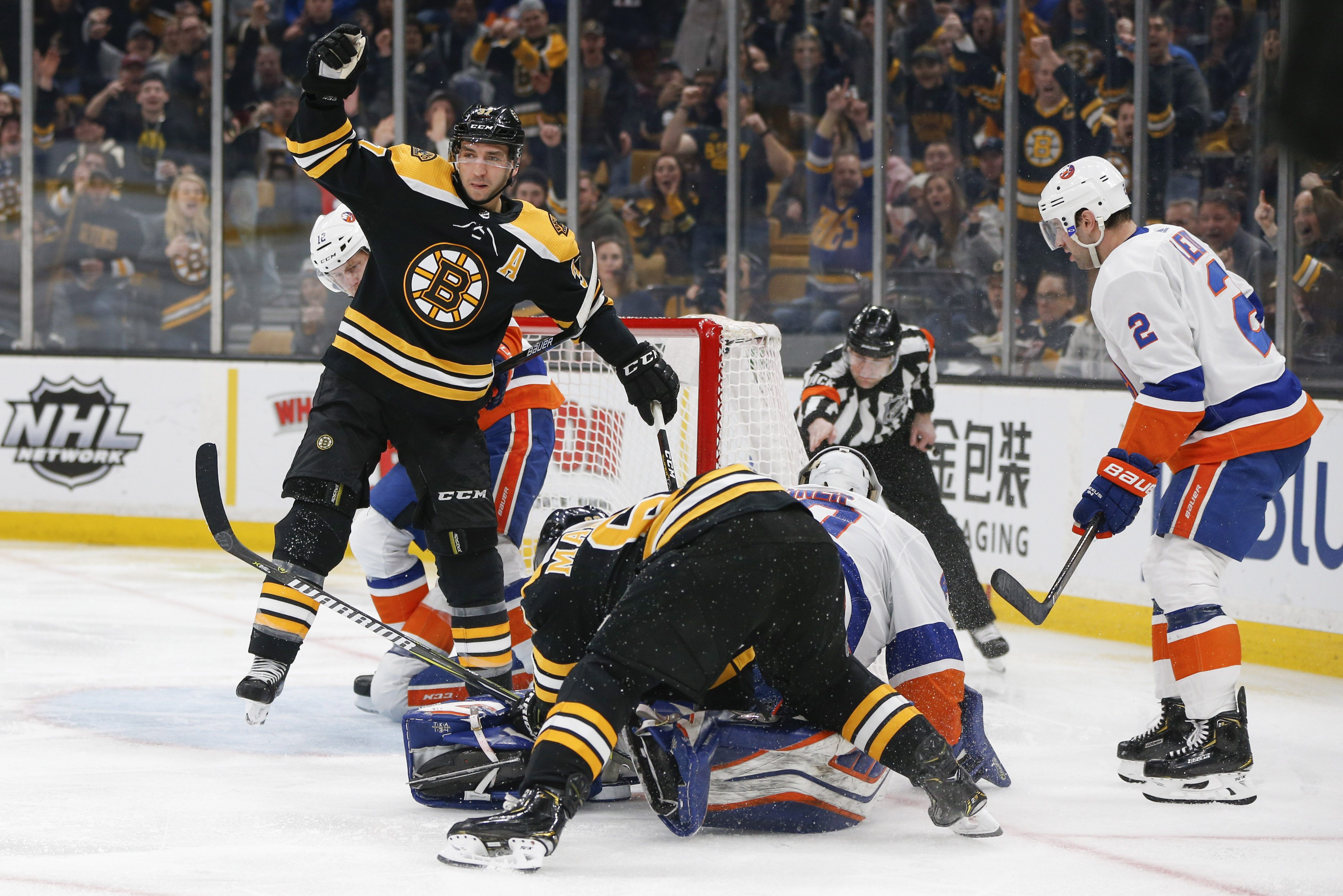 The Islanders had a 2-1 lead in the third period. Then they didn’t.

Then the Boston Bruins had the lead, and eventually a 3-1 win over the Islanders at TD Garden on Tuesday night. The game-winning goal for Boston came less than two minutes after they had successfully challenged what would have been the go-ahead goal for New York.

Cal Clutterbuck scored at 4:52 of the third period to break a 1-1 tie. Bruins coach Bruce Cassidy challenged the play on the grounds that Devon Toews was offsides which led to the three-on-two rush and the goal.

Boston’s Kevin Miller managed to keep the puck in the Islanders zone moments later and fire a shot on Robin Lehner. The Islander netminder made the initial stop, but Peter Cehlarik was able to sneak the rebound by Lehner at 6:34 of the third period.

Patrice Bergeron, appearing in his 1,000th career NHL game, scored his second of the night on an empty net goal at 19:05 to seal the game.

The loss snapped the Islanders eight-game point streak (6-0-2) and prevented them from picking up crucial points in the standings. The Islanders remained in first place following Tuesday’s loss, but the Washington Capitals’ 3-2 win over the Vancouver Canucks pulled them within two points of the Isles.

Lehner made 24 saves in the loss to Boston, which was his eighth defeat of the year.

Specials teams had a mixed night in Boston. The Islanders PK unit was a perfect 3-for-3, with all three kills coming in the first period.

The Power play had a rather sluggish night, going just 1-for-5 and failing to convert on a four-minute power play that could have changed the course of the game.

The power play had been a bleak 0-for-8 in their previous three games.

The Bruins were first to jump on the board on Tuesday as Patrice Bergeron cleaned up a loose puck in the crease at 2:32 of the second period. The Islanders managed to even the game at one at the 16:40 mark off a Jordan Eberle power-play goal.

Hall of Very Good 37m ago