The Packers Should Bring Back Bashaud Breeland 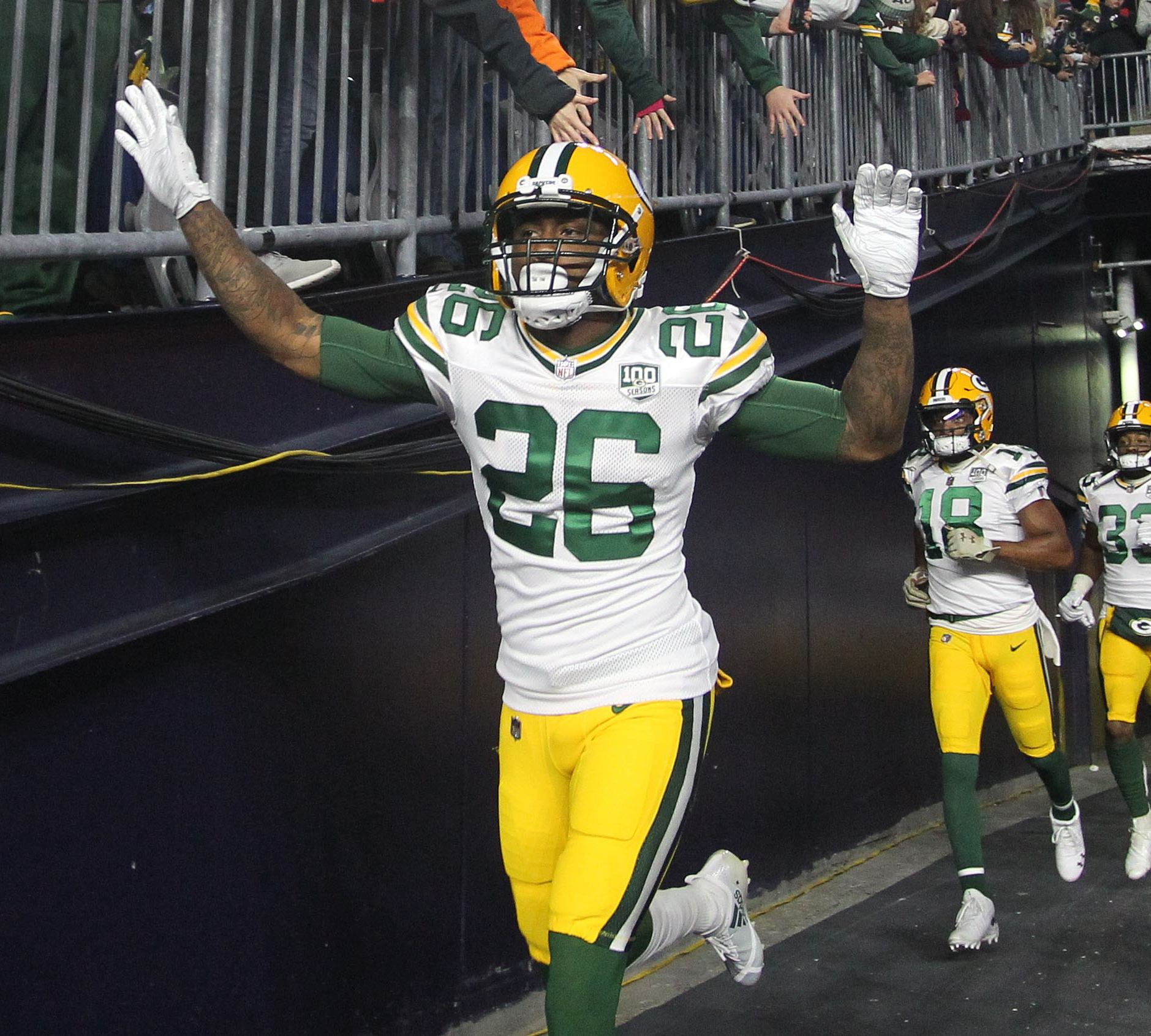 The Packers Should Bring Back Bashaud Breeland

Of all the pending unrestricted free agents the Packers have this offseason, the one that makes the most sense to bring back is veteran defensive back Bashaud Breeland.

The Packers signed Breeland to a one-year, $880,000 contract when injuries struck their secondary early last season. The former Redskins starter appeared in seven games for the Packers, intercepting two passes, the most among the team’s cornerbacks. He was credited with 20 tackles and had an important pick-six against Atlanta that helped give the Packers a much-needed win in early December.

Breeland was only available due to a freak offseason injury that voided a lucrative free agent deal he had signed with the Carolina Panthers. When Breeland failed his physical, he had remained a free agent and had to wait until he healed to sign with another club. Enter the Packers who were looking to fortify their secondary after injuries to Devon House and Kevin King.

When the Packers signed Breeland, defensive coordinator Mike Pettine was impressed with what he brought to the table. “We got an experienced guy that’s made plays in this league over a long period of time,” Pettine explained. “His tape is impressive. We were very pleased that the circumstances played out and he fell to us.”

Breeland does not have world-class speed in the secondary, but he is smart, savvy and a leader in the locker room. He is also versatile and able to play both on the outside or in the slot in nickel or dime packages.

His pick-six was a perfect example of what he can bring to the Packers defense if they bring him back. When asked about the play in which he was covering Atlanta’s tight end Austin Hooper, Breeland said, “It was a three by one. In a reduction, you only can give me a couple of routes. When he broke, I broke.”

The result was a touchdown that gave the Packers a touchdown and control of the game. Breeland has a knack for making big plays, something Green Bay’s defense struggled with throughout 2018.

Breeland would have a role with the 2019 Packers if he returned, although probably not as a starter. Jaire Alexander and Kevin King would likely start on the outside if they’re healthy. Still, he would provide excellent depth and if injuries struck again next season, Pettine would be able to plug-in a starting-quality player into the lineup.

Alexander, whose locker was next to Breeland’s, wants to bring the veteran corner back in 2019. “I need him back. We’ve built a good connection,” Alexander said.

Breeland has expressed an interest in returning to the Packers. “If I have the opportunity, I would,” Breeland said back in December. “At this point in time, the Green Bay Packers have first dibs because I’m here. They can make it happen at any moment.”

The key question is what would it cost to bring Breeland back? It will certainly cost more than the $880,000 the Packers paid this past year, but substantially less than the three-year, $24 million deal he had signed with the Panthers. The injury that caused him to fail his physical may make a few teams hesitant to sign him although the Clemson alum only missed four games in four years with the Redskins prior to last season.

While he is an experienced veteran, Breeland is still only 27 and is will still be in his football prime for another few seasons. Because he doesn’t only rely on his speed to be effective, he should be able to continue to play well as he gets older.

The Packers can use Breeland’s leadership, steadiness, versatility and big-play ability. He can also return kicks if needed. On a team that struggled to create turnovers, Breeland’s 10 career picks and seven career forced fumbles could be a valuable addition. He would also have a head start over any comparable DB the team would bring in via free agency because he has spent most of last season learning Pettine’s defensive system.

Breeland would provide the Packers with a steady presence in their defensive backfield at a reasonable price. The Packers should do what they can to bring him back in 2019.