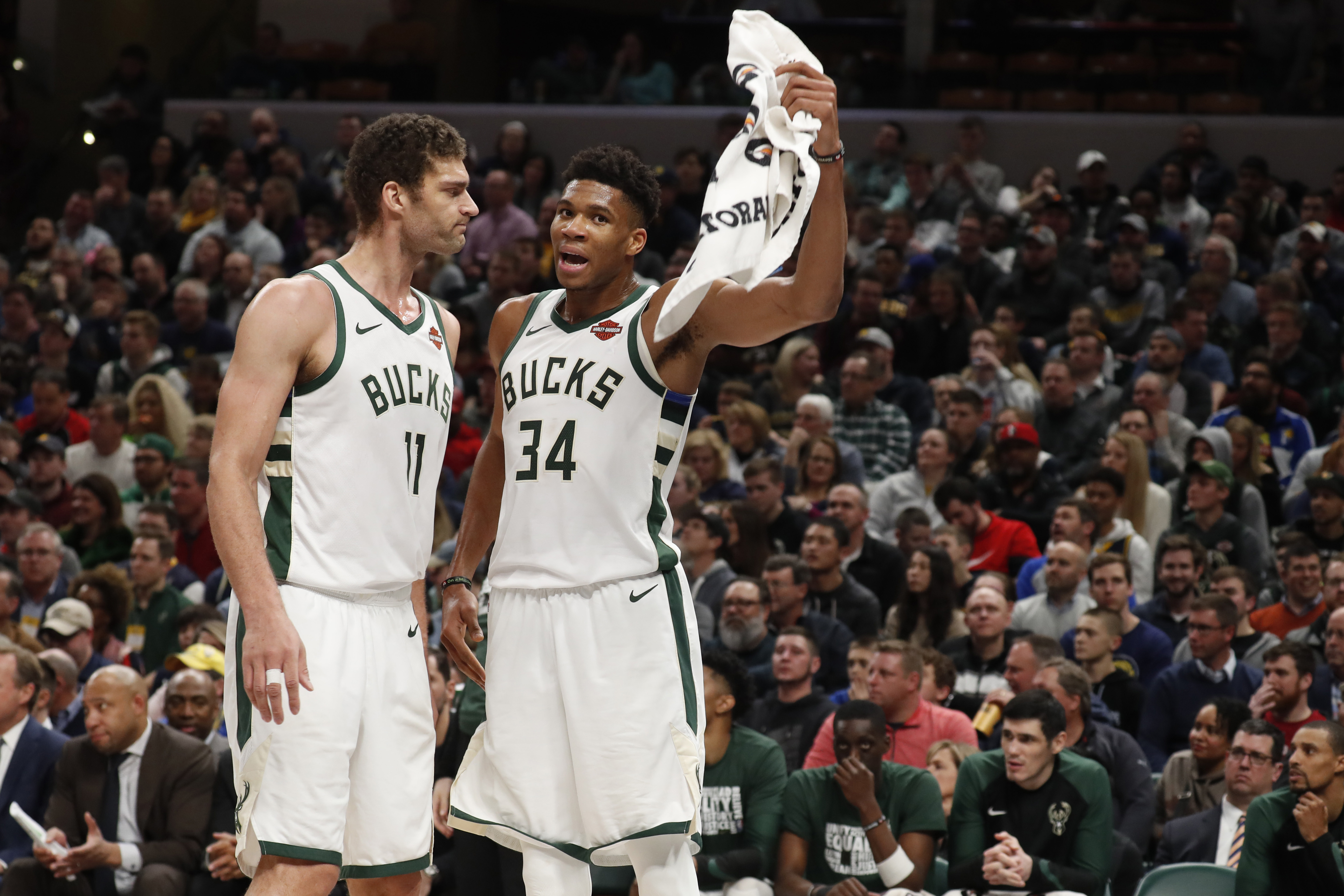 MVP candidate Giannis Antetokounmpo has clearly taken steps forward in his development this season, and he appears to be entering the prime years of his career.

The Greek Freak is averaging 27.2 points, 12.7 rebounds and six assists per game — showing that he’s a complete player, and gets his teammates involved as well. His play is a big reason why the Bucks are currently in first place in the Eastern Conference — which no one would’ve predicted, especially given what the Celtics accomplished last season.

Antetokounmpo has the skill set and physical makeup to completely take over games, and we’ve seen him do it this season. He appears to be aware of that, as he recently came out and said “I don’t think there’s one guy in the league that can stop me.”

“Oh, come on man,” Antetokounmpo said, via Matt Velazquez, when asked about being guarded by Thad Young after Wednesday’s game. “Thaddeus Young, he’s a great guy, first of all. Amazing player, amazing teammate, plays hard. At the end of the day, I’m not trying to sound arrogant and cocky because that’s not who I am, but I don’t think there’s one guy that can stop me. It’s going to be a whole team effort. They’ve got to load, they’ve got to double-team me. When I get to the paint, three guys swarm at me. That’s the only way. They’ve got to all work together to stop me from making plays—not getting points, from making plays. But he’s a great defensive guy.”

It’s a bit of an arrogant take, but it’s also true. The tape doesn’t lie. We agree with Giannis, and we wouldn’t want to be tasked with attempting to guard him.