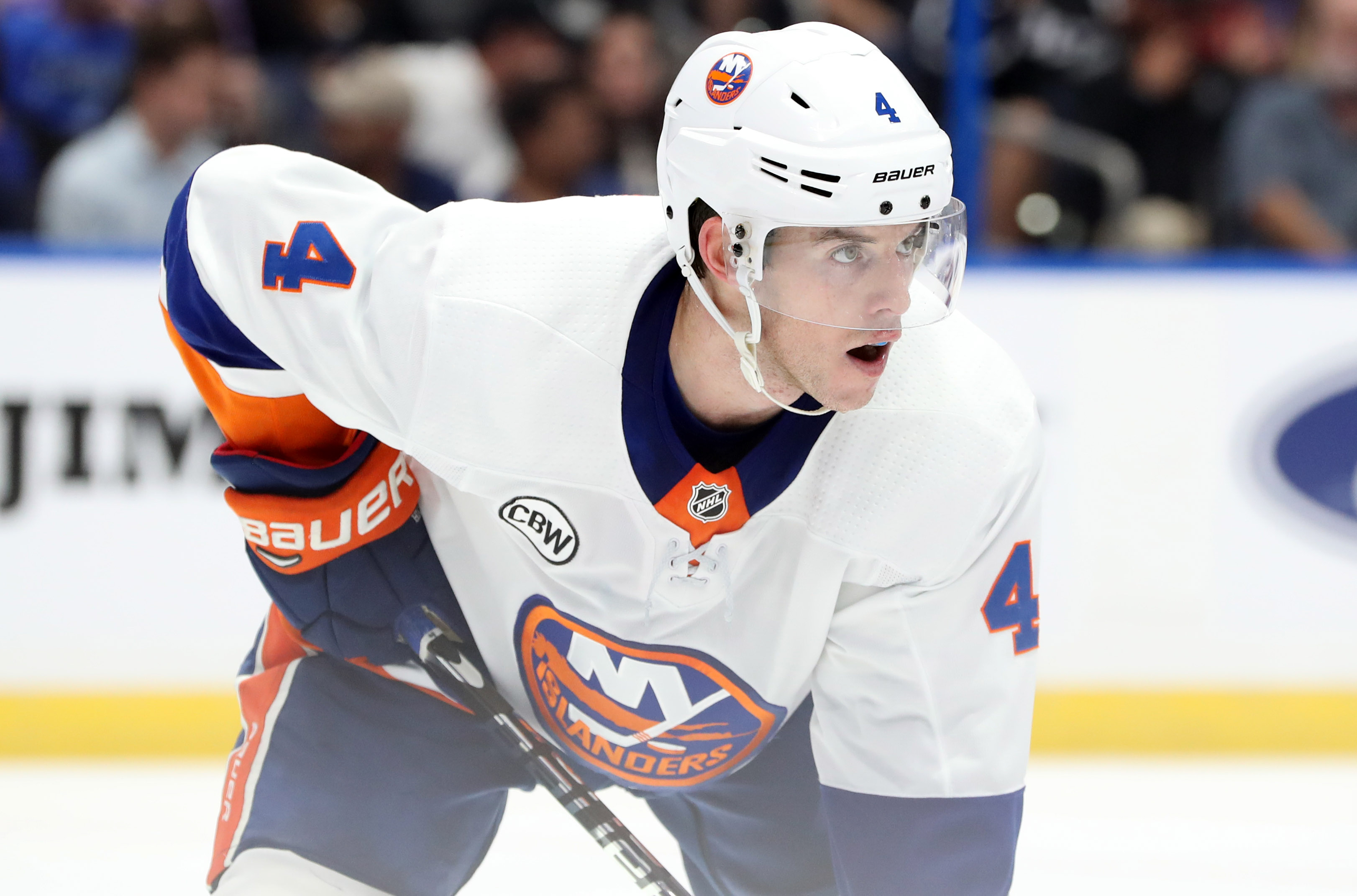 As the New York Islanders continue to pick up points and build their lead in the Metropolitan Division, Coach Barry Trotz will have a tough decision to make regarding his roster in the coming weeks.

Veteran defenseman Thomas Hickey is inching closer to rejoining the Islanders lineup, and that means the Islanders will have to make room for him on the roster. Someone will be forced to take a seat in the press box and another will be on their way down to the AHL.

Last summer the Islanders re-signed Hickey to a 4-year deal worth $10 million ($2.5 million AAV), after having proven to be a solid piece on the blue line in spite of his small stature. However,  the 33-year-old defenseman has not played since sustaining an upper-body injury on December 17th.

Devon Toews has taken up the mantle in Hickey’s absence, proving to be quite valuable and playing big minutes in key situations. Toews has earned his opportunity to stay and won’t be coming out of the lineup any time soon.

For now, the odd man out seems to be Adam Pelech.

His stats on the season are nothing to be ashamed of, with a plus-14, three goals, and nine assists. Second on the team in plus-minus among defensemen, Pelech’s play as of late has looked sluggish and his turnovers have been more noticeable.

Pelech has sometimes struggled to make the smart play and the likelihood of taking Nick Leddy, Johnny Boychuk, Pulock, or Toews out of the top four is slim to none. Scott Mayfield may be the only other possibility to come out of the lineup, but his play and his plus-16 rating make it hard to justify sitting him.

Rotating Pelech and Mayfield could be an option for Trotz, which would keep both players fresh.

A subsequent roster move will also be needed, with Thomas Kuhnhackl and Ross Johnston as the leading. Both players would need to pass through waivers.

Both players have seen limited playing time. Kuhnhackl recently played due to an injury to Cal Clutterbuck and Johnston’s last game was on January 12th  against the New York Rangers.

Hickey still needs to produce in order to stay in the lineup.  It may take him a bit to get his legs underneath him, but he is important to the continued success of this team.