Islanders flameout in 4-2 loss to Calgary 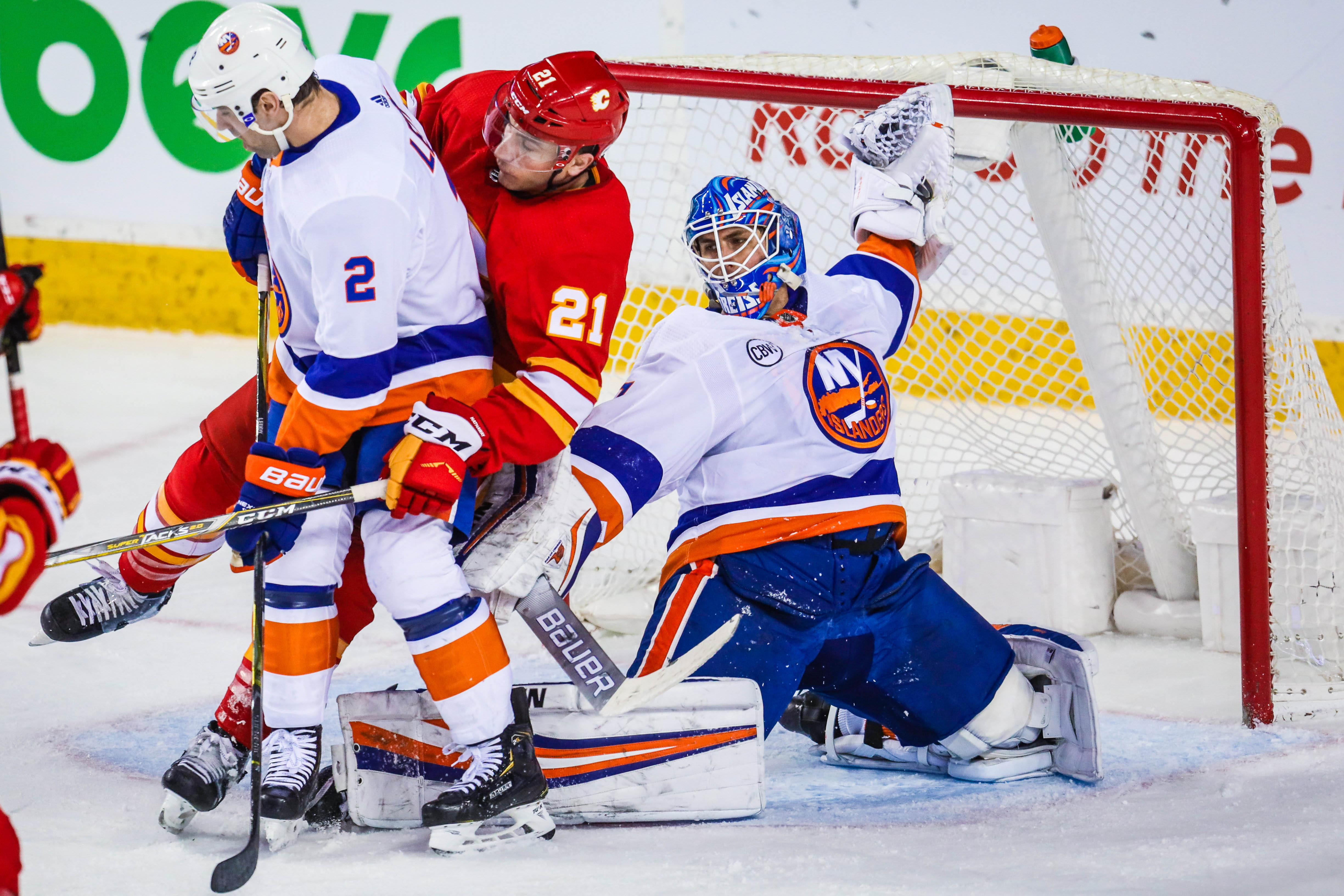 Islanders flameout in 4-2 loss to Calgary

The Islanders just didn’t have enough on Wednesday night to defeat the red-hot Calgary Flames.

Bolstered by two goals in the third period, the Flames defeated the Metropolitan Division-leading Islanders, 4-2. Austin Czarnik scored 6:10 into the final period to break a 2-2 tie and Johnny Gaudreau’s power-play goal 38 seconds later gave the second best team in the NHL a two-goal cushion.

Casey Cizikas and Anders Lee scored for the Islanders, while Thomas Greiss made 28 saves in the loss. Prior to Wednesday, Greiss had not surrendered more than one goal against in his last six starts for New York.

The Islanders remain three points ahead of the Washington Capitals for the Metropolitan Division lead, but the Capitals could close the gap with a win on Thursday over the Toronto Maple Leafs and an Islanders loss to the Edmonton Oilers.

Mikael Backlund scored five minutes into the game on Wednesday to put the Flames up 1-0. Former Islander defenseman Travis Hamonic made it 2-0 at 15:59 of the first.

Cizikas was able to pull the Islanders back within one with a goal at 10:09 of the second period. The goal was Cizikas’ fourth in his last five games and extended his career-best to 16 goals this season/

Lee was able to tie the game briefly 1:18 into the third period off his 20th goal of the season. However, the even score lasted only minutes before the Flames regained control of the game.