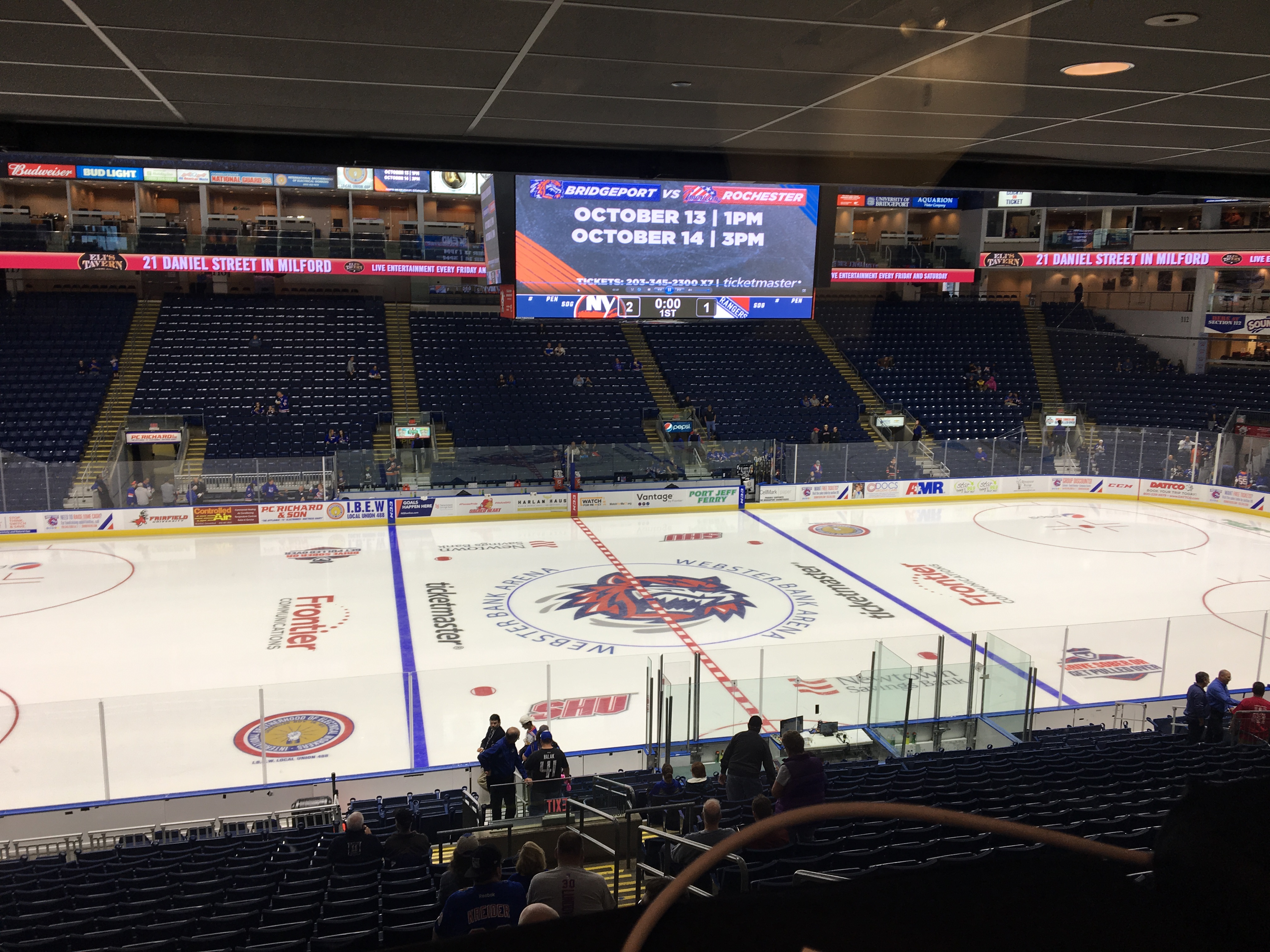 A new management group will soon take over operations of Webster Bank Arena, the home of the Islanders’ AHL Affiliate, the Bridgeport Sound Tigers.

Oak View Group Facilities, a division of Oak View Group, will take over management of the Bridgeport venue beginning on February 28. Oak View is part of the development team building the Islanders new arena at Belmont Park.

Matt Herpich will serve as general manager of Webster Bank Arena and oversee the day-to-day operations of the venue. Herpich previously served as GM at SeatGeek Stadium in Chicago and Cross Insurance Arena in Portland, ME among other facilities.

“It became clear to us that we needed a partner focused on attracting high-quality events and entertainment for our clients, customers and the region,” Islanders president of business operations Travis Williams said in a prepared statement. “Oak View Group has an experienced team with extensive resources, contacts and knowledge of our industry that will help us to deliver these events.”

The move appears to solidify the Islanders commitment to keeping the Sound Tigers in Bridgeport. Two years ago a disagreement between Islanders ownership and the city of Bridgeport over a planned concert venue near Webster Bank indicated there might be friction between the two sides, but the air has seemed to clear over that.

There was also speculation that the Islanders would move their AHL affiliate to the renovated Nassau Coliseum. Bruce Ratner, whos Forest City Ratner group was the one that renovated the Coliseum, told reporters back in 2013 that the Sound Tigers would play at the Long Island venue further pushing that thinking.

However, that never came to fruition and plans to bring an AHL franchise were scrapped in 2017. Nassau County said it would not enforce a clause in their contract with the operators of the Coliseum which calls for an AHL team to play there.

Thursday’s Oak View Group news came just hours before a report surfaced that indicated there would be a delay on the Isles planned arena project at Belmont Park. The Islanders are planning to build an 18,000 seat arena along with a hotel, retail district and community space.