WATCH: Rapper Tyga gets dragged out of Floyd Mayweather's birthday party by his neck 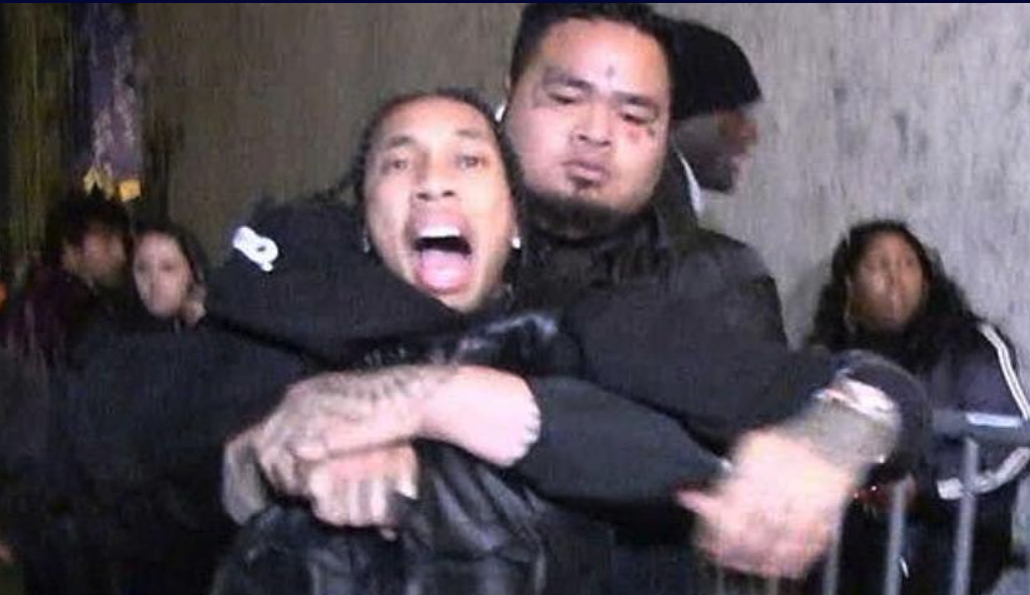 WATCH: Rapper Tyga gets dragged out of Floyd Mayweather's birthday party by his neck

Famed rapper Tyga had a rough go of it on Saturday night at Sunset Room (Hollywood), where has was celebrating Floyd Mayweather’s 42nd birthday party, along with a number of others,

Apparently, though, he got into it with another partygoer, and the two began arguing. Security was not having any of it, though, and Tyga was dragged out of the party by his neck, as you can see below.

Tyga’s reaction is absolutely hilarious. What isn’t, however, is that apparently he grabbed for the security guard’s gun at one point, but failed in his attempt to take it.