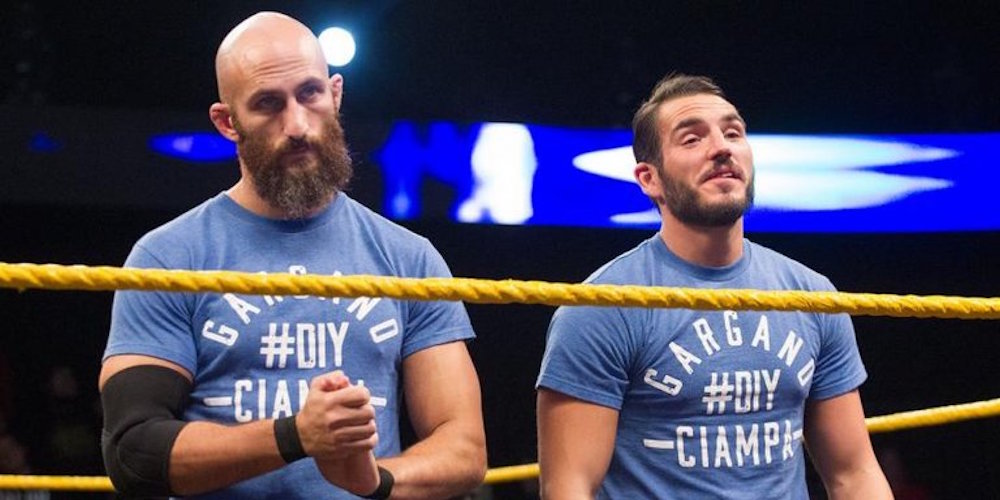 WWE 205 Live star Mustafa Ali was set for a major push on Smackdown Live, as he was originally scheduled to compete in the Elimination Chamber match for the WWE Title before suffering an injury which sidelined him and forced him out of the PPV match.

After a brief absence from action, Ali returned to the ring at a WWE live event on Friday night, and lost a singles match to Daniel Bryan.

After Ali went down with an injury his spot went to Kofi Kingston, who is rumored to be facing Daniel Bryan at WrestleMania 35 for the WWE Title.

WWE has announced two big matches for this week’s episode of Smackdown Live, as The Miz will go one-on-one with Jey Uso before Miz and Shane McMahon defend their Tag Team Titles against The Usos at WWE Fastlane.

It has also been announced that R-Truth will be holding another United States Open Challenge this Tuesday night, after the Champ successfully defended his title against Andrade and Rey Mysterio in a Triple Threat match last week.

As noted, WWE NXT Champion Tommaso Ciampa is dealing with a neck injury, which forced rewrites to Raw this week. Original plans called for Ciampa to team up with Johnny Gargano in a tag team match, but those plans were scrapped when Ciampa was not cleared to compete.

As of now, Ciampa’s status remains uncertain, as the issue with his neck is being evaluated, and WWE is keeping its options open with Ciampa not only the current NXT Champion, but also a competitor in this year’s Dusty Rhodes Tag Team Classic.

World League Wrestling has announced Ciampa has been pulled from an upcoming appearance, and has been replaced with Adam Cole.

“It is unfortunate that @ProjectCiampa won’t be able to make it, as we were sincerely looking forward to seeing him here on WLW turf once again,” reads a Tweet from WLW. “However, having @AdamColePro appear in place of Ciampa is one that we are sure fans will love!”

It is unfortunate that @ProjectCiampa won't be able to make it, as we were sincerely looking forward to seeing him here on WLW turf once again. However, having @AdamColePro appear in place of Ciampa is one that we are sure fans will love!