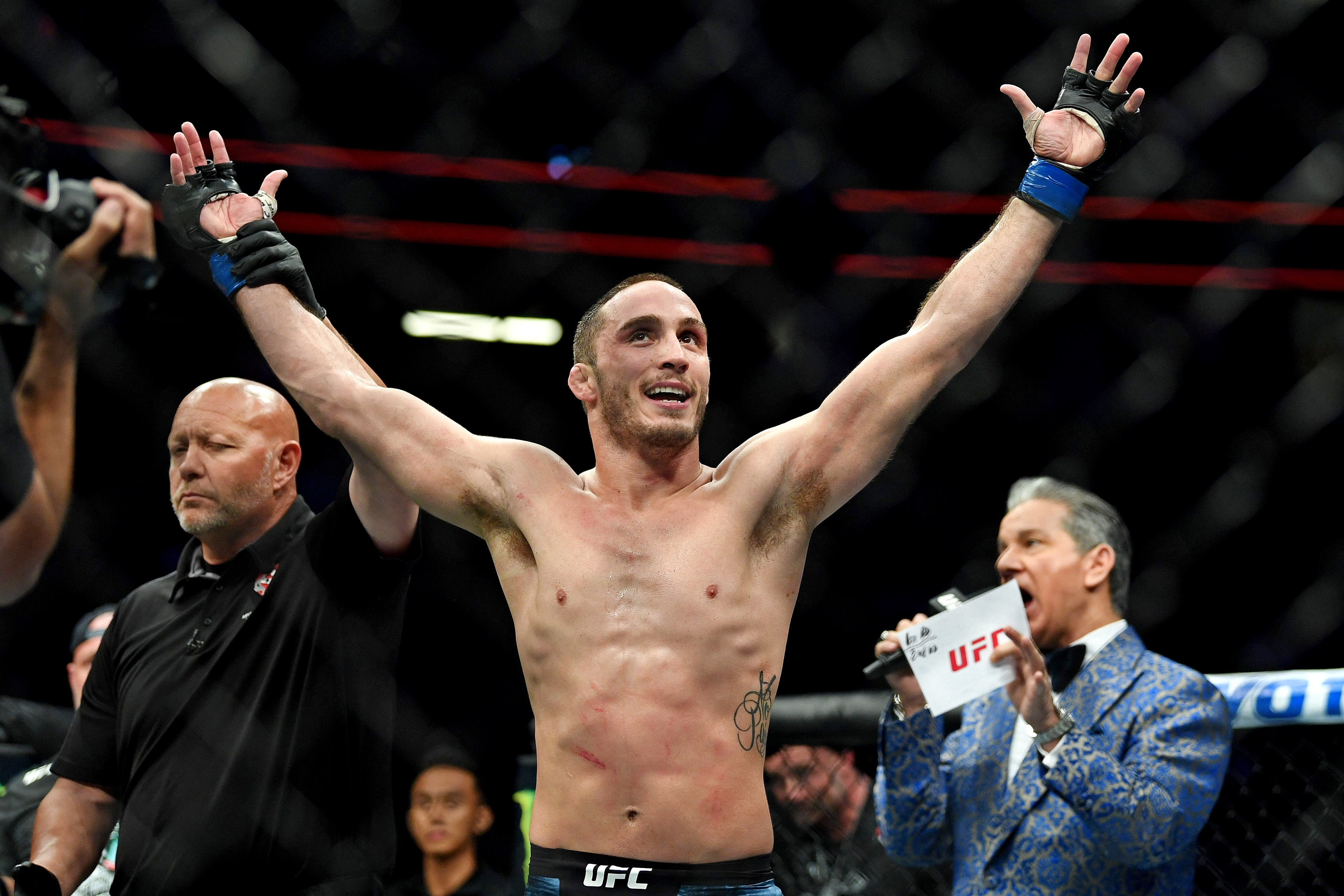 Very rarely does this segment get the opportunity to highlight a fighter about to hit a dozen UFC fights, but in a sense, this is a brand new fighter. Now reinvented, this guy has become a force in the division.

At lightweight, Martin was a serviceable grappler with strong striking. The major change since he’s moved to welterweight is that his top pressure seems to have taken off. While that seems counter-intuitive, it’s likely due to the fact that he now has more energy and is less drained. Plus, Martin has said that the lack of focus on dieting has allowed him to focus on his skills. And it has shown as he stuffed Jake Matthew’s only takedown attempt and hit an anaconda choke for the win.

Three and a half years into his UFC career Martin sported a very pedestrian 4-4 record. His best win in that time was probably a decision win over Johnny Case, who is no longer with the company.

Then he decided to move up to welterweight and went undefeated in 2018 over three fights. There seems to still be people who remember him as his lightweight version, but should he take care of business this weekend, there should be some real hype for the 29-year-old.

Sergio Moraes is a guy who gets touted as a grappler, but doesn’t really engage in the grappling much. On average he is only landing about one takedown per every 15 minutes. Between that fact and how tough Martin has been in takedown defense, it’s reasonable to assume this is going to take place on the feet. Although Moraes is 8-2-1 in the UFC, he has been grossly outstruck. He’s landing roughly 2.61 strikes per minute, but absorbing 3.26 strikes. Combine that with the fact that Moraes only has one KO finish in his career and this seems like a tailor made fight for Martin.