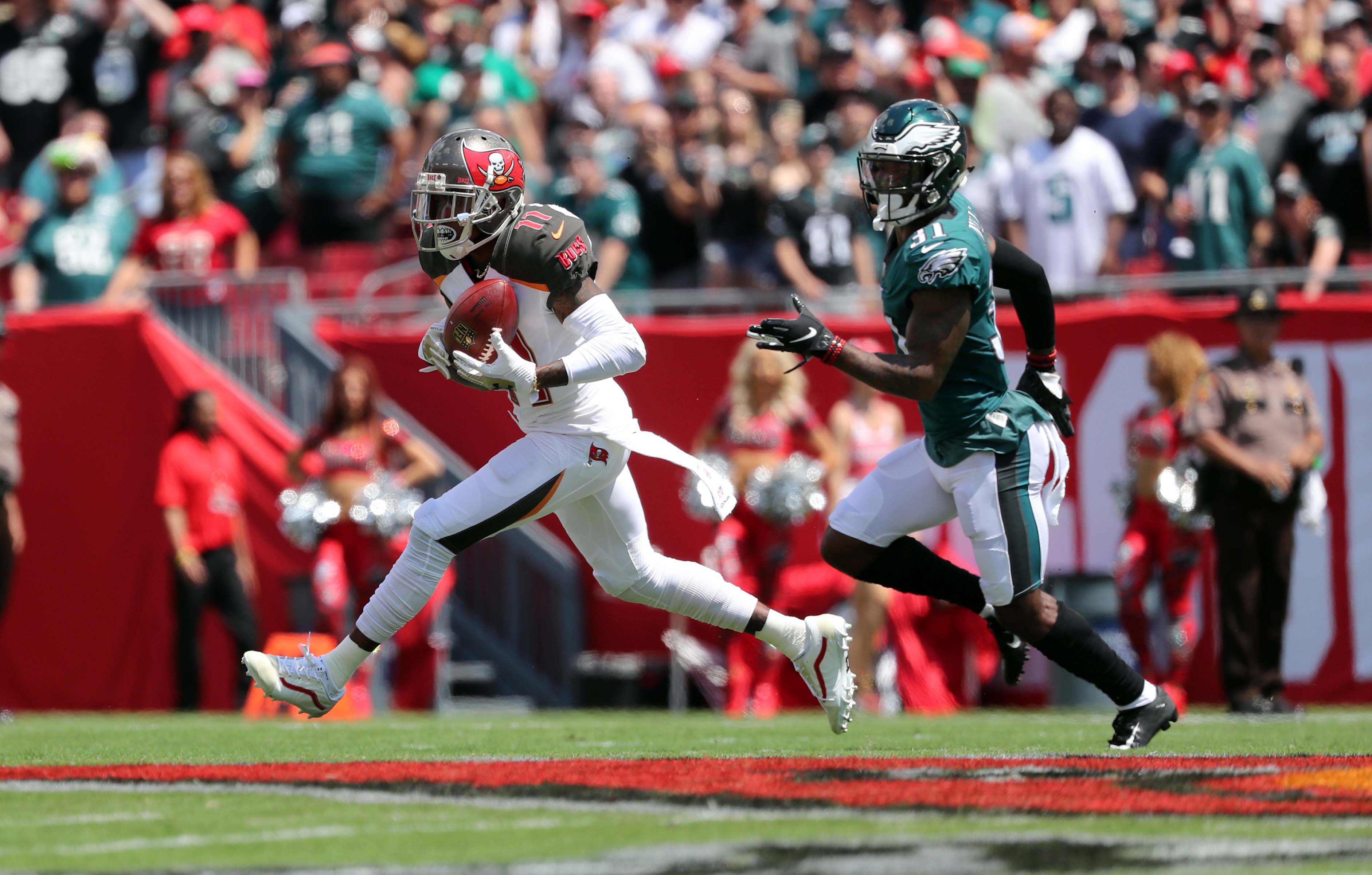 The Philadelphia Eagles are looking to acquire a deep threat at wide receiver this offseason and may be able to find one via the trade market.

ESPN’s Jenna Laine and Tim McManus reported on Sunday night that the Tampa Bay Buccaneers have been “actively” shopping veteran wide receiver DeSean Jackson, who prefers to be traded to the Eagles.

Both Laine and McManus added that the Bucs would prefer a trade, but some teams believe the 32-year-old wideout will ultimately be released.

The Eagles are reportedly expected to have a mutual interest in Jackson, but it is yet to be determined if they would trade for him or only be interested if he is released.

Nevertheless, this is not the first time that we have heard of Jackson being interested in returning to Philadelphia.

Back in December, ESPN’s Josina Anderson mentioned that there could be a possible reunion between the two sides. At the time, she said that the Eagles, Los Angeles Rams, and Washington Redskins could all be potential landing spots for Jackson.

In addition to Anderson’s reporting, John Clark of NBC Sports Philadelphia also reported that the 32-year-old wideout would like to play for the Eagles next year.

As things currently stand, Jackson has one-year left on his three-year, 33.5 million deal and is set to make a whopping $10 million next season with no guaranteed money.

The Eagles, who are projected to have $30 million in cap space, could take on the final year of Jackson’s contract without no problem.

Therefore, the only way Jackson could be on the Eagles is if the Buccaneers straight up release him.

As previously mentioned, Philadelphia is looking to acquire a deep threat to play opposite of Jeffery. Last season, Mike Wallace was supposed to be the team’s vertical threat, but suffered a fractured fibula in Week 2 against Tampa Bay.

Philly tried to fix this issue at the trade deadline, but could not get Robby Anderson from the New York Jets. Instead, they traded a third-round pick to the Detroit Lions for Golden Tate III.

While Tate did his best to fill the void, Jackson would give something the Eagles have not had since Torrey Smith. Last season, the former second-round pick had 41 receptions for 774 yards and four touchdowns.

Over his 11-year career, Jackson has 34 receiving touchdowns on 20 plus air yards and is averaging 17.4 yards per catch, which is the second-best mark in the league since 2008.