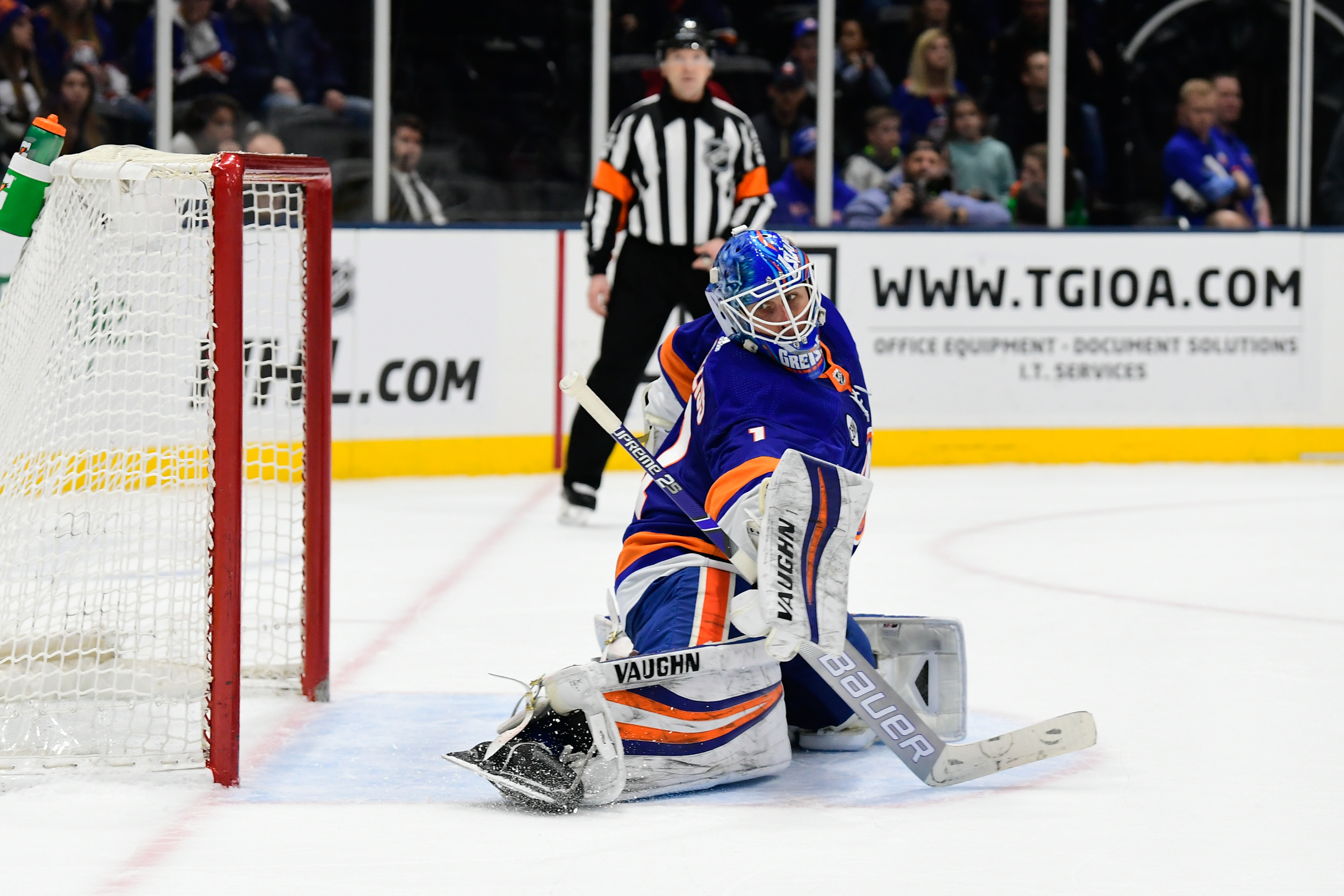 When the New York Islanders shelled out a three-year, $10 million contract to Thomas Greiss in January of 2017, they were basing it off of the idea that the 30-year-old can mend the team into perennial playoff contenders.

After all, a year prior, Greiss posted career bests in wins (23) and save percentage (.925). Now, a year removed from one of the worst statistical seasons of his 10-year career, Greiss has rediscovered his craft under the guidance of goaltending guru Mitch Korn, and he has become one of the backbones Islanders management thought they were getting when he re-upped his contract two years ago.

“It’s nice,” Greiss said after his career-high fifth shutout of the season Monday evening against Columbus. “It’s a good bounce-back year. More important, we win games. You know, if we win 1-0 or 2-1, it doesn’t really matter. It’s nice to get the shutout but to get the win here, it’s important.”

That’s who Thomas Greiss is. He’s a team-first, humble man who will let his saves to the talking. That type of attitude is contagious in a locker room filled with youthful personalities.

“For Greisser, he’s no different than any of us,” Josh Bailey said Monday. “He wants to go out there and feel good about himself and play a solid game. We always have the faith in him, and our goaltending. Sometimes, maybe for yourself, you want to go out and have a good one. He certainly did that [against Columbus].”

Greiss’ play of late has been magnified especially with Robin Lehner missing the last three games due to an upper-body injury. As Lehner remains “day-to-day” in the midst of one of his best statistical campaigns, Greiss has stepped into a primary slot and performed admirably. He has had to bounce back and forth and in and out of games, splitting time with Lehner.

Yet, that isn’t anything new for Greiss as he did the same with Jaroslav Halak in previous years. What makes it special is that Greiss has been at the top of his game with five shutouts, playing in 37 of the team’s 69 contests.

“Everyone showed up to play for us. Just an unbelievable battle level from everybody,” Greiss said. “I’m playing better, the team played a hell of a game, played great in front of me, so it makes me look good.”

Playoff teams rely on stout goaltending on long runs. This is the most important stretch of the season and without Lehner between the pipes, the Islanders have no choice but to trust Greiss to be the backbone he is capable of being.

That also means the team will have to hold up their end of the bargain and not allow 37 shots to the hapless Ottawa Senators or Grade-A scoring chances to the Philadelphia Flyers. Monday evening was better as the Islanders limited Columbus’ options. Even with the Jackets attempting to get in front of Greiss and cause traffic, he stayed tight in the paint and moved well laterally to stop 31 shots.

“We needed to back him up. We kind of left him out to dry the other night, and that’s not on him,” Anders Lee said. “As a group, we knew we had to be better in front of him and when we’re not, he’s there to back us up.”

“It was awesome for Thomas to bounce back with a shutout and nice for us to eliminate the high scoring games,” Lee added.

The feeling around the locker room is that it does not matter who is in the cage on gameday. The focus should be the same as should the preparation. The Islanders have plenty of confidence in both Greiss and Lehner. After all, the two have earned that confidence from the way they’ve played this season. But, with Lehner out, that means an increased workload for Greiss who hasn’t played on a consistent basis all year.

“The workload isn’t concerning,” head coach Barry Trotz assured following the Islanders victory. “If everything progresses well, Robin won’t be too long, the timing couldn’t be better. We haven’t overextended our goalies all year. I don’t see any concern.”

For now, it’s the Thomas Greiss show. This is exactly what the Islanders imagined when they signed him to a three-year extension during the winter of 2017. As New York continues to make their push for the Stanley Cup Playoffs, it’ll be Greiss who could be leading the way like he did for the team against Florida and Tampa in 2016.