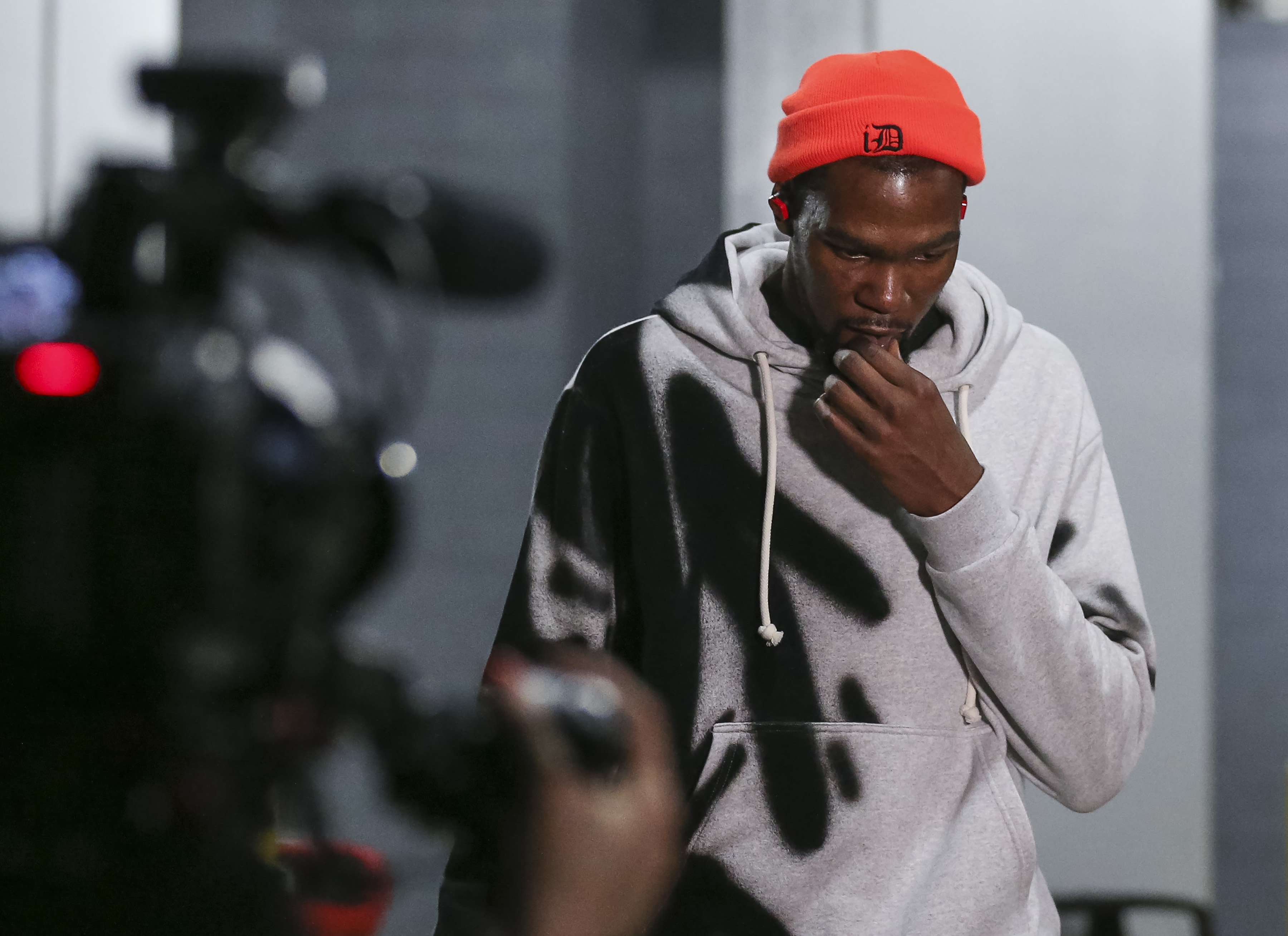 It’s no secret that the Knicks are planning to pursue Kevin Durant aggressively once free agency begins on July 1, but they may have already begun doing so.

The NBA may have rules in place to protect against tampering, but let’s be honest, they’re not really enforced unless teams are stupid enough to have their conversations go public. If they’re not caught in the act, then nothing happens.

Apparently, the Knicks already had a conversation with Durant at some point this season about his impending free agency, according to a report from Heavy.com. It reads:

Learned from an east coast entertainment and media connection that the Knicks were straight-up communicating with KD earlier this season,” a league source told me by text message.

As in meeting up with KD…It could’ve been when the Warriors were on an East coast trip, or maybe when the Knicks visited the Bay Area.

It really isn’t as crazy as it sounds, as Knicks owner James Dolan even hinted that the team will be active this summer, and that players want “to come” join the team, in an interview earlier this week.

“New York is the mecca of basketball and we hear from people all the time, from players, from representatives about who wants to come,” Dolan said. “…I can tell you from what we’ve heard, we’re going to have a very successful offseason when it comes to free agents.”

This update actually isn’t a huge surprise, as the Knicks have cleared enough cap space to sign two max players, and it’s no secret that Durant is No. 1 on their list, followed by Kyrie Irving. As for KD, he’s appeared unhappy on the Warriors a few times this season, and has also appeared interested in being the “go-to” guy on a new team. That makes the Knicks attractive, in his eyes, and given how much tampering goes on behind the scenes among NBA teams and player reps, we wouldn’t be surprised if this did indeed happen.