Nick Foles signing with the Jaguars grades out as 'below average' 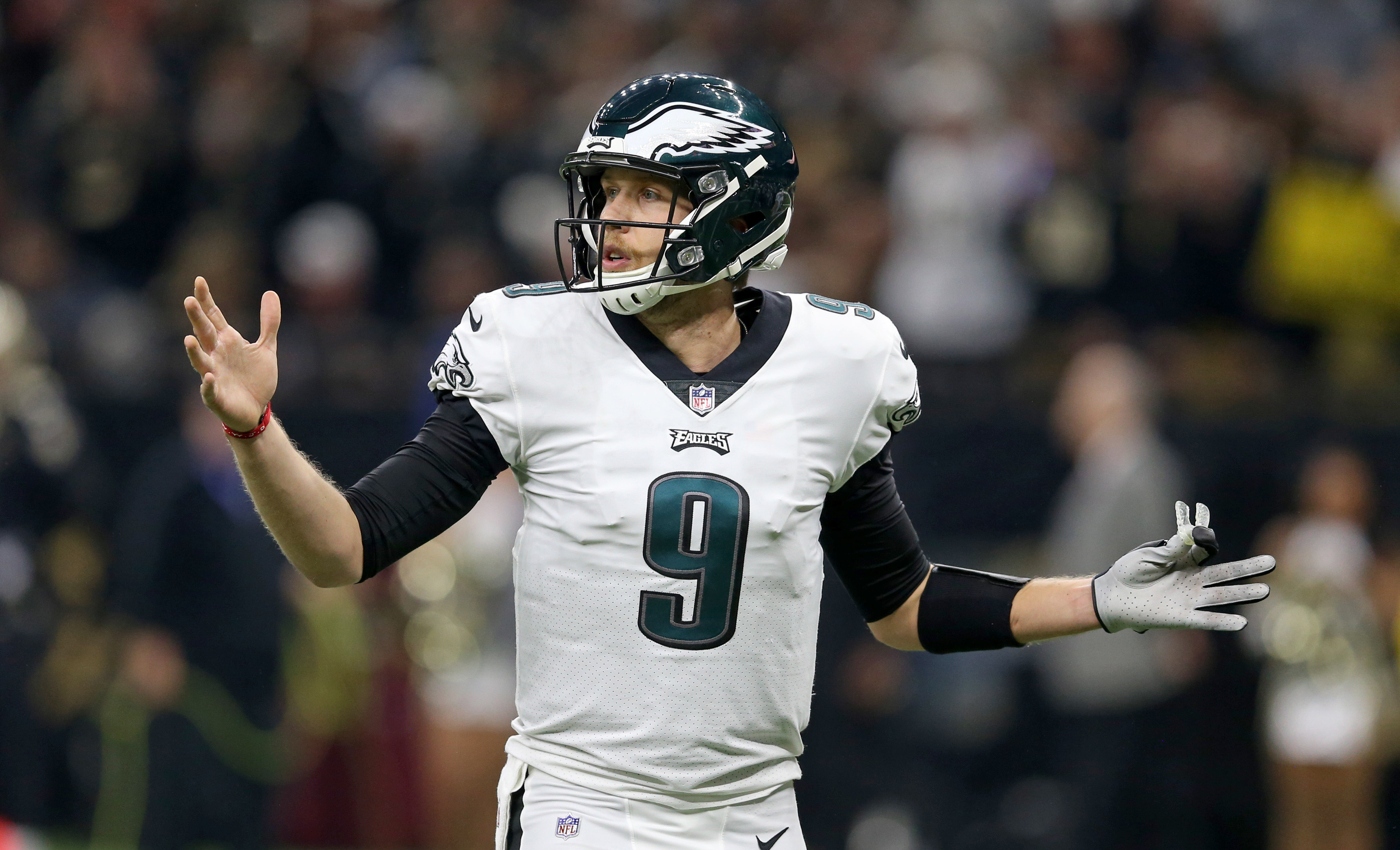 Nick Foles signing with the Jaguars grades out as 'below average'

Only time will tell if the Jacksonville Jaguars made the right decision with Nick Foles. On paper, the deal looks rough though.

Back in 2017, former Philadelphia Eagles quarterback Nick Foles shocked the world. A guy who was becoming known as nothing more than a career backup stepped in and led the number one seeded Eagles all the way to Super Bowl LII. Foles ended up finishing the game with 373 yards, three touchdowns, and one interception.

As Foles hoisted the Vince Lombardi Trophy in Minnesota for the first time, he would be named the Super Bowl MVP in a matter of minutes. That’s when many assumed that Foles’ days as a starting quarterback weren’t finished. He would get a call from somebody, but who?

The Eagles re-signed Foles with the intent of keeping him on board as a backup unless they get blown away by trade offers. As two teams were rumored to have an interest (Buffalo, and Cleveland) a second-round pick was not attractive enough for the Eagles to send Foles packing.

This year was a different story though. As Foles came in for an injured Carson Wentz once again, he helped take a team that was left for dead, and helped get them back into the playoffs. Unfortunately, the results would not be the same. Foles and the Eagles squeaked by the Chicago Bears in round one but got manhandled by the New Orleans Saints for three straight quarters before being sent packing.

What does the future hold for Foles?

Foles hit the open Free Agency market in 2019. The difference this year was the fact that Foles’ Super Bowl MVP accolade was achieved over a year ago. Even when he was on top of the world in 2018, his demand to become a starting quarterback was still little-to-nothing. This year, he almost ran into the same problem. Thankfully, the Jacksonville Jaguars took a chance on him though, and now Foles is getting a , third chance at becoming a starter.

Nick Foles is officially a Jaguar.pic.twitter.com/sRd4sS4TCt

The Jaguars inked Foles to a four-year deal, worth $88 million. Fifty million of the total contract is guaranteed. It’s kind of crazy to think that just a few years back Foles was ready to retire. Now, he’s cashing in and ready to be a franchise quarterback for the Jags. Obviously, the Jaguars are going all in on Foles right now, but did they make the right move?

According to Pro Football Focus, the Jaguars’ deal with Foles ended up grading out as ‘below average.’ While Foles has had his flashes in the past, his reputation of being a ‘streaky’ quarterback has made a lot of fans, and analysts wary of his ability to take over as a franchise quarterback.

What did PFF have to say?

Nick Foles has the best-two single-game grades that we’ve seen for the Eagles over the past few seasons, and they came in the two most important games they have played – the NFC Championship and then the Super Bowl – but he also has the worst games and remains a tremendously volatile quarterback whose baseline performance is questionable. The Jaguars are betting on the upside, but it is a significant gamble

Only time will tell if the Jaguars made the right move with Foles or not. While Foles should be a significant upgrade from Blake Bortles, the Jags will have to focus on getting some weapons around their new quarterback. Foles wasn’t exactly playing with nobodies in Philly. He had solid chemistry with Alshon Jeffery, had a reliable receiver in the slot with Nelson Agholor, and had one of the league’s best tight ends with Zach Ertz. Foles cannot do it all alone, and the Jaguars will quickly find that out if they don’t bring in help.