Temple hoping to make NCAA tournament this time around 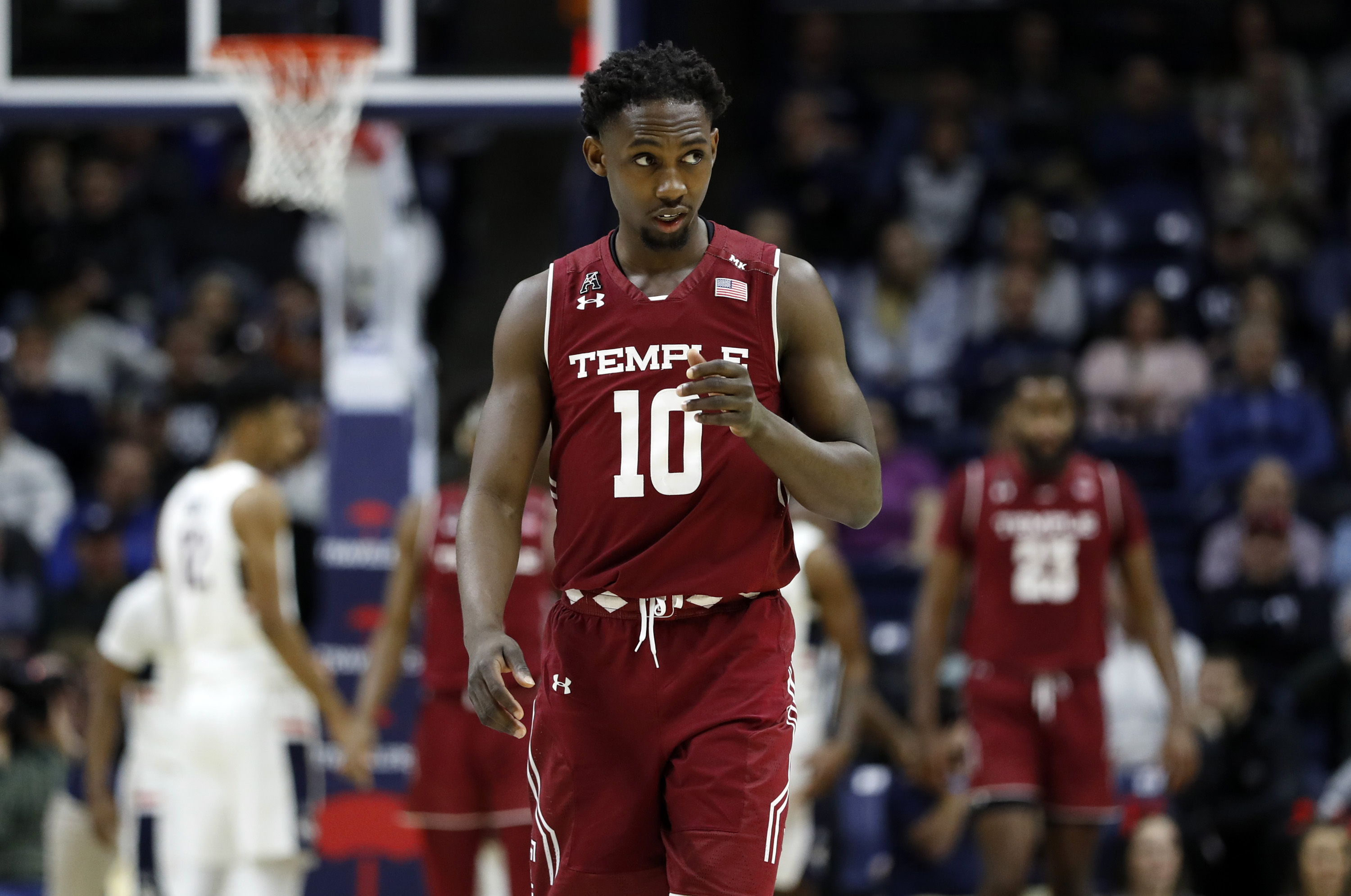 Temple hoping to make NCAA tournament this time around

This time last year, the Temple Owls needed to make a deep run in the American Athletic Conference Tournament to have a chance at an NCAA Tournament berth.

The Owls, who had a record of 16-14 at the time, defeated the Tulane Green Wave 82-77 in the first round of the AAC tourney to advance to the quarterfinal round.

However, that is where their conference tourney run would end as they lost 89-81 to the Landry Shamet-led Wichita State Shockers. It was a bittersweet loss for the Owls, who defeated the Shockers earlier that season at the Liacouras Center in an overtime thriller.

From there, Temple ended up as a fifth seed in the NIT and lost to the eventual champions, the Penn State Nittany Lions 63-57, ending a disappointing 2017-18 campaign.

Now fast forward to this season, where the Owls finished the regular season with 23 wins and put themselves in the driver seat to make the field of 68.

In the weeks leading up to the AAC tourney, many bracket projections had Temple as a No. 10 seed or being one of the last four teams in.

However, to solidify their standing within the field and not give the committee a chance to change their minds, all the Owls had to do was beat the Shockers on Friday night at the FedEx Forum in Memphis, TN.

Pretty simple scenario right? Well, in the case of Temple, they did not handle their business on the court, losing to Wichita State 80-74.

The Owls did not have an answer for Shockers senior forward Markus McDuffie, who scored a career-high 34 points and grabbed 12 rebounds, including seven on the offensive end.

The 6-foot-8 forward also went an astonishing 12-of-13 from the free throw line, which played a huge role in this game.

Overall, the Shockers went to the line 24 times and converted 91.7-percent of their shots, while the Owls only converted 73.1-percent, despite getting to the charity stripe 26 times.

If the Owls had at least made a few of their seven missed free throws, it could have been a different game. However, it was not meant to be for Temple, who got an impressive performance senior center Ernest Alfakpui (16 points and 19 rebounds).

With this latest loss on their resume, the Owls are now in wait and see mode to see if they will be rejoicing on Selection Sunday.

Heading into Friday night’s game, ESPN bracketologist Joe Lunardi had the Owls pegged as one of the last four teams to make the tournament along with St. John’s, NC State, and TCU.

But coming up the rear are Belmont, Alabama, Texas, and Indiana in the first four out.

Therefore, the next question at hand for the Owls, will be if they did enough to keep themselves in the NCAA tournament?

If you look at their schedule, they racked up some quality Quad-1 wins over the University of Houston and UCF at the end of the regular season.

However, it is hard to compare the AAC to the Big Ten or SEC. We know each year those Power 5 conferences are going to have multiple teams in the NCAA tournament, despite if they have 10-plus losses.

They are just stronger conferences from top to bottom, in comparison to the AAC, which might have 3-4 good teams.

With that being said, you cannot hold Temple’s conference against them because as they did their best to schedule solid non-conference games.

Nevertheless, it is going to be a nerve-wracking 24-plus for the Owls and their fans. They need to hope that Davidson can win the A-10 tournament on Sunday and that the University of Buffalo can hold serve in the MAC championship game.

If that can happen along with no other bids being stolen, then they should sneak into the tournament. But best believe the committee will not give them a favorable draw.